SARC were out again in force to expose the horrific tales of animal cruelty hidden behind the stripy tents of Zippos Circus. 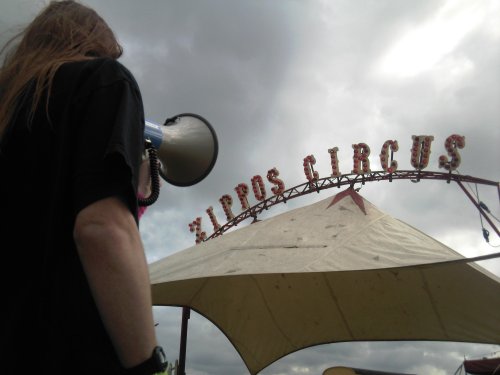 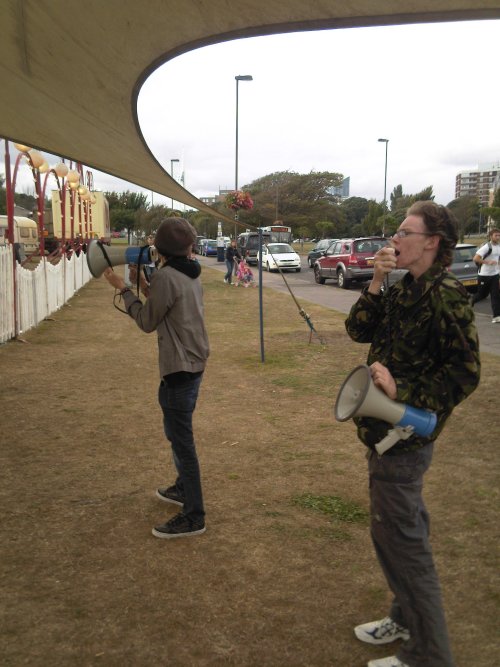 Activists arrived unannounced with megaphones and leaflets to let everybody know why we we're so opposed to Zippos Circus.

We were surprised to see how empty the supposedly 'big top' was, and were very glad to see that people who had said on their way in that they would make up their mind once they saw the treatment of the animals, were leaving in force by the interval with one woman telling activists:

'This is too much. I cannot handle any more. I've had enough'.

Another couple of teenagers said that the animal act looked

Once they realised they were being watched by activists, circus workers decided they better let two of the Shetland ponies out into the exercise paddock, where the grass was dry, the fence had been electrified and local merchants told SARC that this was the first time they had seen any animals use the area since the circus set up late last week.

SARC tried to ask workers when the bigger horses would be exercised but our questions were simply ignored. So much for no secrets?

The ponies and horses were tethered for the first 50 minutes that we protested and no one could tell us for quite how long before we started or after we left and one pony had been kept in solitary confinement with no contact with any of his own species.

SARC decided after nearly an hour when we heard the cracking of whips that we had to use the megaphones and circus workers got very verbal towards us about this.

But SARC do not give in to bully tactics and demonstrations are planned right up until the circus leaves on September 5th.

Anyone wanting to come to a protest should contact the SARC Outreach Coordinator, Andy at