We must spread our ideas in the army 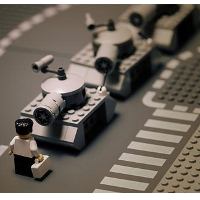 The war between the oppressed and the oppressors is flaring up, and such a dynamic leads to a revolution. The elite’s invariable tactic in such situations is to replace the pseudo-democratic governments with fascists and use the army against the resisters. There is immediate need to maximise the spread of revolutionary ideas amongst the soldiers, so that when the time for confrontation comes there will already be free-thinkers amongst them.

It is necessary to organise suitable anarchist groups within the army to help the soldiers understand the source of social injustice and the positions of protesters, and not allow them fell victims to political party propaganda. It is also necessary to provide messages in a form which is easy to understand by draftees or soldiers calling them to not use their weapons against protesters.

This call is valid worldwide because the social dynamic that has been formed is global itself. It is short so that it can be communicated easily.

I attended my first military rally five years ago next month, and talked with retired soldiers already knowledgable about the PNAC 'Rebuilding Americas Defences' report, before many activists knew about it.

Military families have done more for anti-war events than peace activists have done for military families. There is a chasm between us, one that can and should be bridged, but it isn't a one-way street. Activists have to recognise and support the troops predicament, and acknowledge their contribution to trying to end the war, before even thinking of 'recruiting' for anything other than individual events. Still, we have the next forty years to learn how to negotiate common-cause between protestor and soldier in this war of terror, there is no particular rush for either group.

meanwhile, have some resources

Then go and watch "Sir No Sir" and distribute copies of it to people you know who are serving... very inspiring!

and then, for a more recent film, subscribe to the weekly video screened at

and be sure to promote awareness of the cases of current uk refuseniks, e.g Malcolm Kendall Smith
Coz servicemen and women who refuse their orders have a pretty tough time! They need to know they are being supported by the folk back home.

good luck! and share more resources if you have them.

"Still, we have the next forty years to learn how to negotiate common-cause between protestor and soldier in this war of terror, there is no particular rush for either group."

er no, forty years is a joke. thats not going to happen. it wont go on for that long. thats just what the media say, it dont mean nothing.

the war has got to styop- danny and swallowing the line isnt going to help at all.

Goverments always lie about how short they expect any war to be, when in truth there is no way for anyone to know in advance. The main politicians and generals have repeatedly stated that this war could last up to 2050. The USuk forces could leave Afghanistan tommorow but events can change this - for instance they wouldn't be able to walk away from Taliban controlled Pakistan given the nukes there.
I have no reason to believe this war will be over before 2050, no qualification to do so and no interest in doing so.

Sean is correct it isn't easy to interact on military forums like ARRSE, it requires a great deal of respect and diplomacy since most people there regard would rate refuseniks like Kendall-Smith as cowardly traitors and peace activists as slightly lower than pond life.

I used to distribute DVDs such as FTA to military families but many honestly find it too America-centric or irrelevant to a non-conscript army. Seemingly the copy I got was distributed among US troops in Iraq though. It would be great if someone filmed a modern equivalent focussing on this war.

These sites are a great resource

"for instance they wouldn't be able to walk away from Taliban controlled Pakistan given the nukes there. "

What planet do you live on?

>What planet do you live on?
A planet complicated enough that I am unable to predict what'll happen in warzones like Pakistan in five years time, let alone in fifty. Nobody predicted the Khmer Rouge after the US invasion of Vietnam overspilled into Cambodia, and noone can predict what could happen now that the US invasion of Afghanistan has overspilled into Pakistan. The threat to the US and UK of the nuclear Pakistan state being otherthrown is taken seriously by generals in steel-helmets rather than tin-foil hats so you might want to educate yourself.

Grammatically - you're a spammer

>Yep, thats the one. The "LONG WAR" eh? I don't think so. DO NOT claim you speak on behalf of others in the peace movement. You do not.

I only ever speak for myself and wouldn't wish to speak for anyone else. I'm not speaking for the peace-movement but I am paying attention to what they are saying.


AMY GOODMAN: Do you see Afghanistan becoming an ever-expanded war in the next decade or so? Do you—now we’re talking about doubling the US troops there.

(In case you are confused, Chomsky isn't saying he doesn't believe the war will expand, he is stating that it will but that is already admitted by the establishment, not his assertion).

A spammer posts opinions without supporting evidence, like you do, and often lacking grammer too. I'm merely over enthusiastic.