Campaigners from Food Not Fuel, Friends of the Earth Ealing and Biofuelwatch were amongst those celebrating a 10 to 0 win against the proposed biofuel power station in Southall. Blue NG presented bogus claims that burning vegetable oil somehow protects against climate change and makes negligible impact on Southall air quality. One councillor even referred to an unquestioning relationship between the Planning Officer and Blue NG! 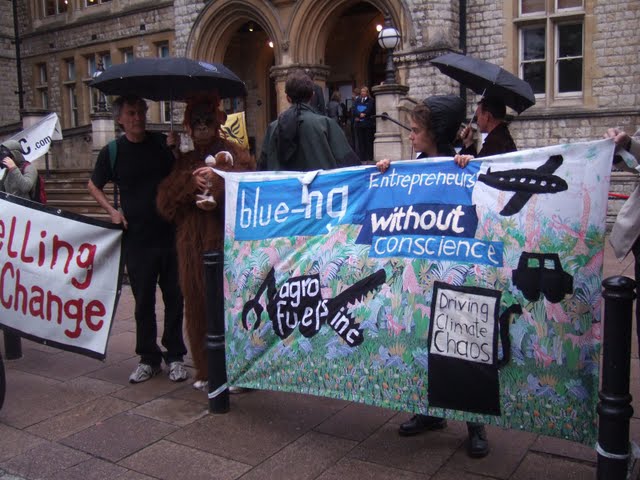 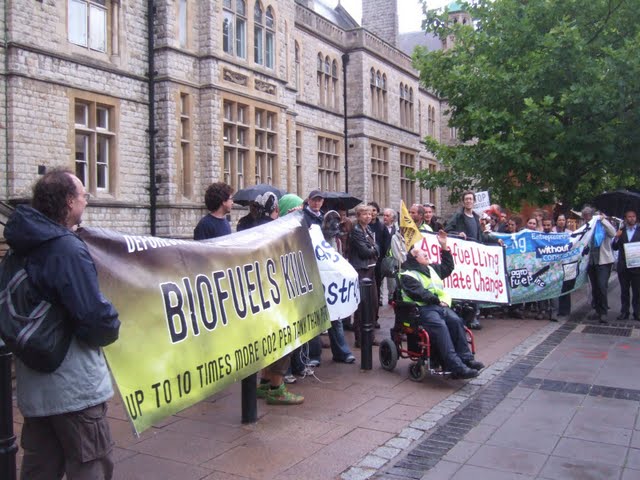 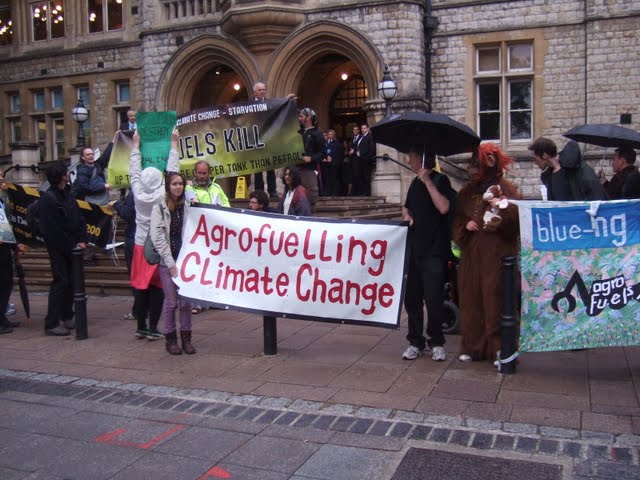 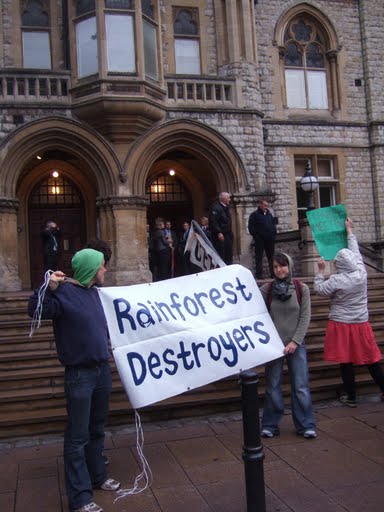 Environmental campaigners and local residents are praising tonight’s
unanimous decision by Ealing Council’s planning committee to reject a
planning application for a biofuel power station. Over 1,600 individuals,
the vast majority of them local residents had objected to the plans, as
did several environmental and community organisations including places of
worship. The power station, proposed by Blue NG (1), would have burned
virgin vegetable oil which would have required 6700 hectares (2) of UK
cropland had the company used only UK rapeseed oil. Blue NG had spoken of
UK biofuels as their choice but had not ruled out using palm oil. Apart
from the impacts which biofuel production has on climate, communities and
the environment, residents and groups had also been concerned about
increased emissions in Southall, an area where air pollution already
exceeds EU regulations and where life expectancy is ten years lower than
in other parts of the borough.

Nic Ferriday from Friends of the Earth Ealing said: “Ealing Councillors
have made the right decision for Southall and for communities, rainforests
and the climate. All of these would have suffered directly or indirectly
as a result of such a new demand for biofuels. Blue NG should listen to
the decision and drop all other plans for burning biofuels.”

Deepak Rughani from Biofuelwatch states: “Unlike the UK government,
Councillors in Ealing have seen through the pretence that biofuels are
‘sustainable’. One study and report after another shows that our demand
for biofuels is already unsustainable and causes more deforestation, more
hunger, more communities losing their land and more climate change. We
need true renewable energy, not biofuels.”

Aneaka Kellay, a local resident from Food not Fuel adds: “Many local
residents and community groups will be pleased with the decision and also
relieved that their area will not now suffer more pollution and more
threats to local peoples’ health. This should send a signal to other
local authorities faced with similar applications. The decision will now
be referred to the London Mayor who has the power to agree or override the
decision in the next two weeks. Now we’ll see if democracy carries!”

1) Blue NG is a subsidiary of the National Grid and of 2OC. They obtained
permission to build one biofuel power station in Beckton, Newham, East
London last year, however construction has not yet started.