GET ACTIVE - Lobby about the Oxford Six

The arrest and beating of the Western Saharan students sponsored by the British Council to travel to the UK for a peace conference is an outrage that our government must take some responsibility for. We ask you to appeal to David Miliband and Ivan Lewis as well as your local MP's to petition the Moroccan government to safeguard the security of these you peace campaigners. 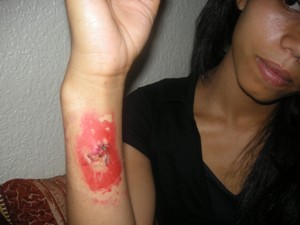 The Oxford six are Saharawi students arrested whilst intransit to England were released thanks in part to swift action by campaigners. The students were interrogated and beaten by Moroccan police. Swift action by campaigners, including Amnesty, secured their release but in the last few weeks two students have been abducted, stripped and beaten by Moroccan police.

Recent events have highlighted the need for immediate and direct action by the UK Government to protect human rights in Western Sahara.
In August 2009 the Moroccan authorities intervened to jeopardise initiatives for confidence building measures initiated by UK based organisations

The Moroccan authorities:
• Prevented groups of young people from both Morocco and the occupied territory of Western Sahara from travelling to the UK to take part in a course in conflict resolution
• Instigated ongoing violence and intimidation against the young people from Western Sahara through means including: violent beatings, abduction and threats of rape, burning and death.

The UK Government must intervene to condemn these human rights abuses and ensure the safety of these young people and other Saharawi citizens.

WHAT YOU CAN DO

Please contact your MP and ask them to write as a matter of urgency to Ivan Lewis MP, Minister of State at the Foreign and Commonwealth Office calling on the UK Government to act without delay to:

• Check on the safety of the students, from both Western Sahara and Morocco

• Raise the issue with the Moroccan Ambassador to London

• Raise the issue with Christopher Ross, UN Envoy for Western Sahara and call on him to raise this with the Moroccan authorities

• Use its position on the UN Security Council to implement human rights monitoring within the region.

To contact your MP
With parliament currently in recess until the 12 October it is best to contact your MP in your own constituency. The best way is to contact the constituency office and ask for a meeting. You can also write or email your MP in their constituency, the address can be found on their personal website or by calling the House of Commons information office. Include your full address on any correspondence.
To find out who your MP is, enter your postcode on this website: