Protesters decide to hit the hotels early and wake up delegates for the DSEi conference and an small group hits AVIVA.
In the early hours of Thursday morning 4 Protesters did a tour of hotels suspected of housing arms dealers. Holding placards and non-lethal-bio-degradable guns made of cardboard they gave arms dealers a rude awakening with a loud hailer. Staff from war torn countries who may have been working at the hotel were asked to take revenge on people who had profited from this and "..piss in their tea and wank in their soup." Whether the hotels had any staff that are from affected regions and whether they followed up on this is unknown. Delegates were also asked if the would like to buy any of the new guns being modeled by the protesters.

All hotels visited denied having arms dealers staying at them, however it is worth noting that 2 of the hotels visited were the Dorchester and the Hilton. The Dorchester was supposed to be having the dinner for the DSEi delegates that was disrupted later on that day, and the Hilton actually had it. At the Dorchester hotel passing commuters, both on foot and in vehicles, were advised of why the protest was happening. One man in a white van asked "See if you can get my arm back." and pointed at where his left arm was missing. One gentleman in a suit also advised the protesters that they were "..misguided." but failed to elaborate, it is unknown if he was a DSEi delegate or not.


Later on that day at the Offices of AVIVA another small action took place. While 2 protesters stood outside with a banner proclaiming "Hugs not bombs" 2 protesters holding large bunches of helium filled balloons attempted to enter the front of the building through a revolving door, security saw them coming and stopped the door. The protesters laughed and then saw a side entrance and darted inside. Once inside the balloons were released and the sound of panic alarms came through the door. The Foyer of the AVIVA offices is over 20 foot high and the balloons quickly rose to the top with alarms attached. The 2 then made a dash away before security was able to close the door they entered through. The 2 protesters outside meanwhile had been juxtaposing the fluffy banner with information for the many people who had just finished work. "...the people who work here are complicit in genocide...", being a prime example. Shortly after the protesters had escaped from the building the banner holders left as well. It is unknown if the balloons are still supporting the alarms or if they have been disabled. Panic alarms are generally rated at over 110 decibels and make a piercing sound when a cord is removed, this sound continues until the cord is replaced or the alarm destroyed. 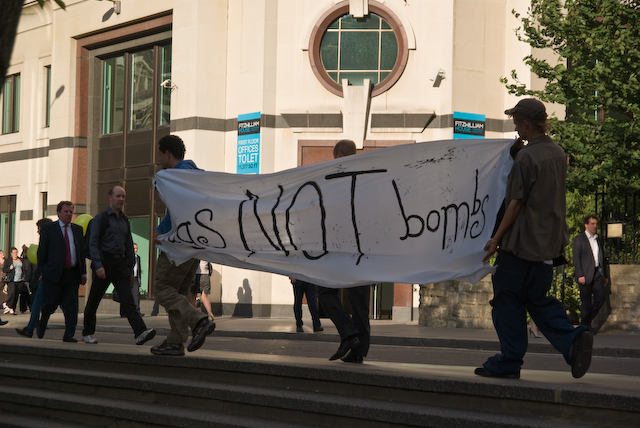 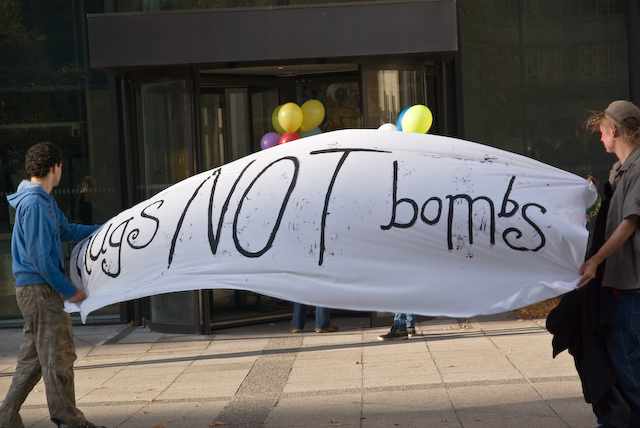 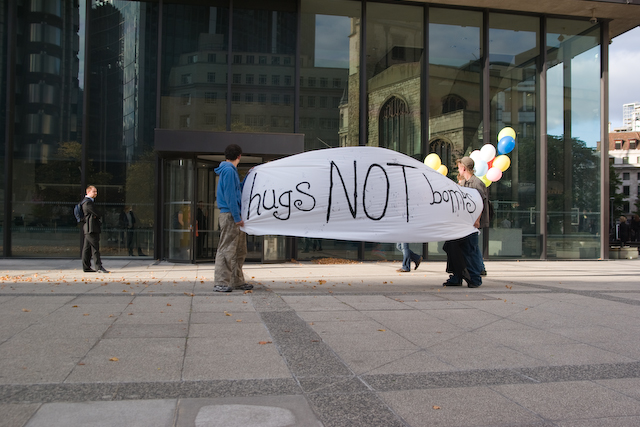 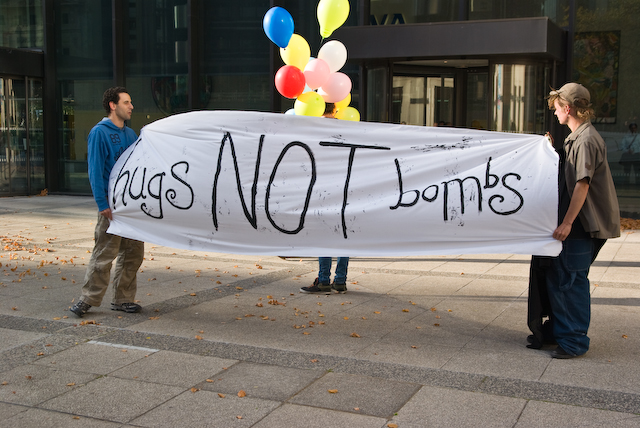 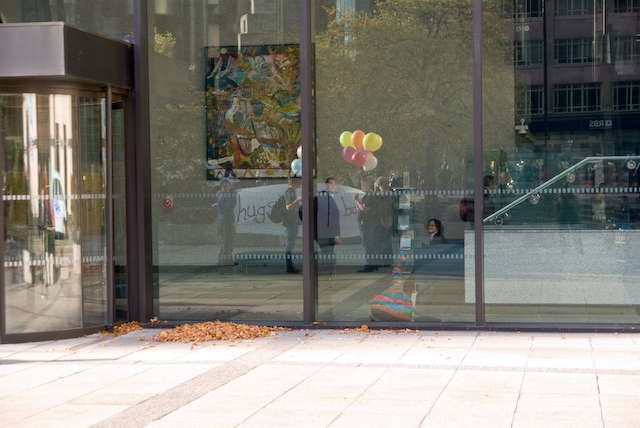 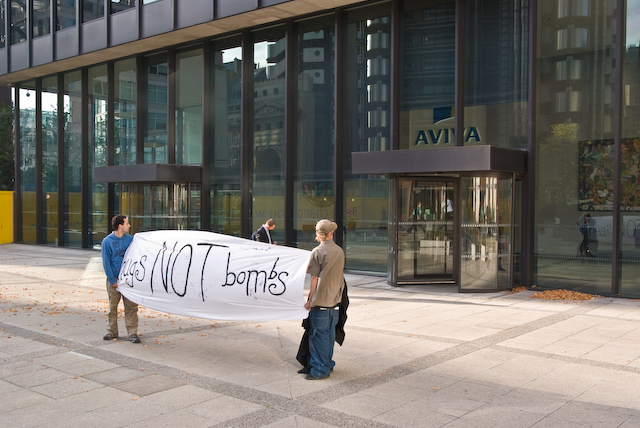 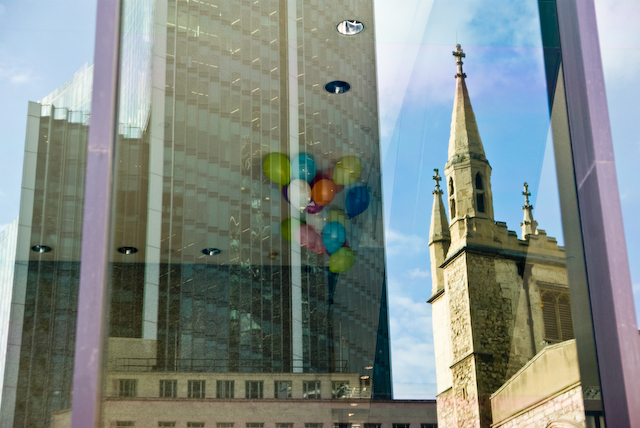 Pix of the Aviva action