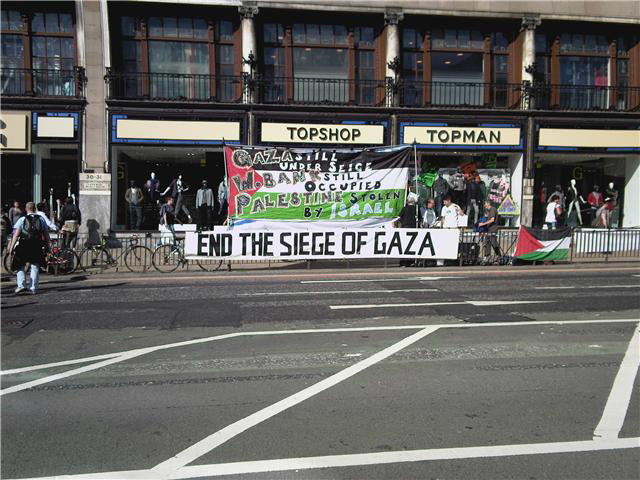 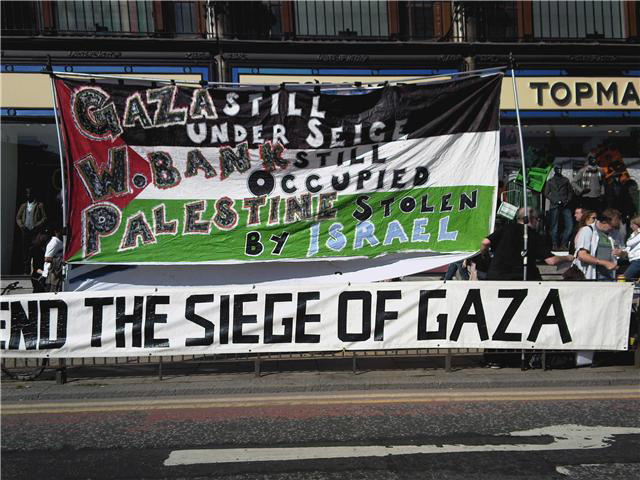 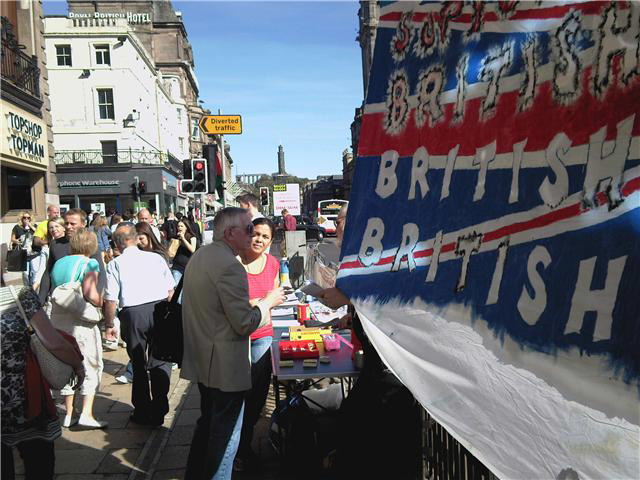 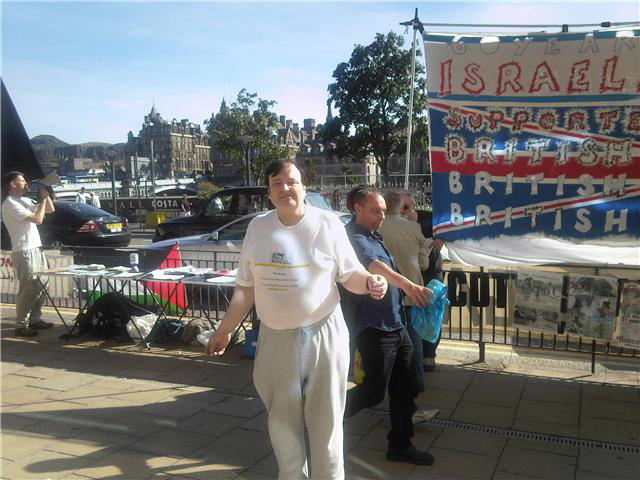 There was a stall for Palestine in Edinburgh’s Princes Street on Saturday 12th September. On a fine, sunny, autumn day there was a lively rapport with the Edinburgh community and many members of the public signed petitions and some 800 leaflets were given out. 4 photos of the day are attached.

All welcome to attend Edinburgh campaign meetings - a place to discuss ideas, strategy and tactics for taking forward Palestine solidarity and boycott actions.

Saturday 19th September 2009:
There will be a stall for Palestine in Princes Street near the junction of Princes Street and Waverley Bridge. The stall runs from 2.00pm to 4.00pm.

Thursday 1st October 2009:
Five members of the Scottish Palestine Solidarity Campaign will attend a hearing in Edinburgh Sheriff Court at 9.30am.

The charges against them are absurd and the action will hopefully fail. Please come along and show some solidarity, even if it is only for a short time.