Supporters of the Leeds refuse collection strike, dumped several bags of rubbish on the doorstep of council leader Richard Brett this morning 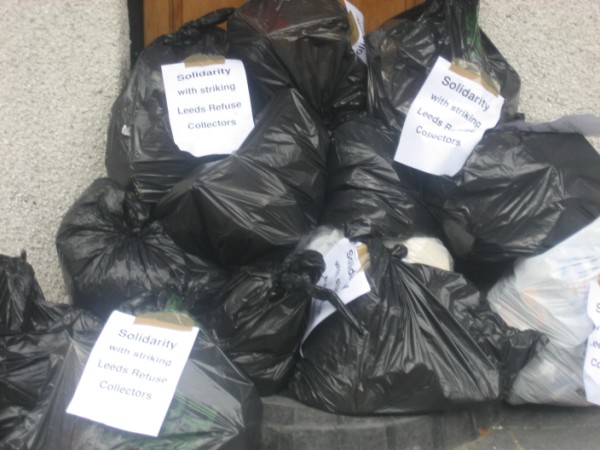 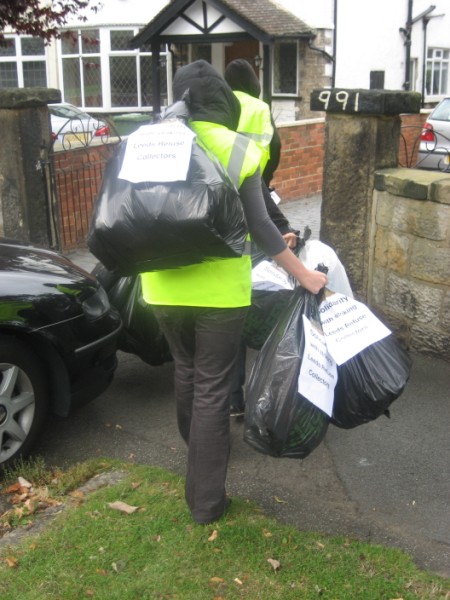 Supporters of the Leeds refuse collection strike, dumped several bags of rubbish on the doorstep of council leader Richard Brett this morning

Sick of rubbish piling up in our backyards and unwilling to put bins out for scab labour employed by Leeds City Council to break the strike, we have taken our rubbish to the source of the problem – the leader of the council, Councillor Brett at his home on Scott Hall Road.

A group of Leeds residents gathered together this morning with some of the bags of rubbish that had been building up in their yards and gardens and the streets outside their homes, and then disposed of them directly on Councillor Brett’s doorstep.

Mary Read, one of those taking action, said; “Refuse collectors are being told to lose £3 an hour off an already low wage. £3 an hour won’t seem much to Councillor Brett who took £48,000 just in expenses last year, but it is to those struggling to live already during these times of crisis. We refuse to accept this, it’s rubbish!”

Refuse collectors in Leeds have been on strike since the 7th of September after being told they face a cut of a third of their wages. 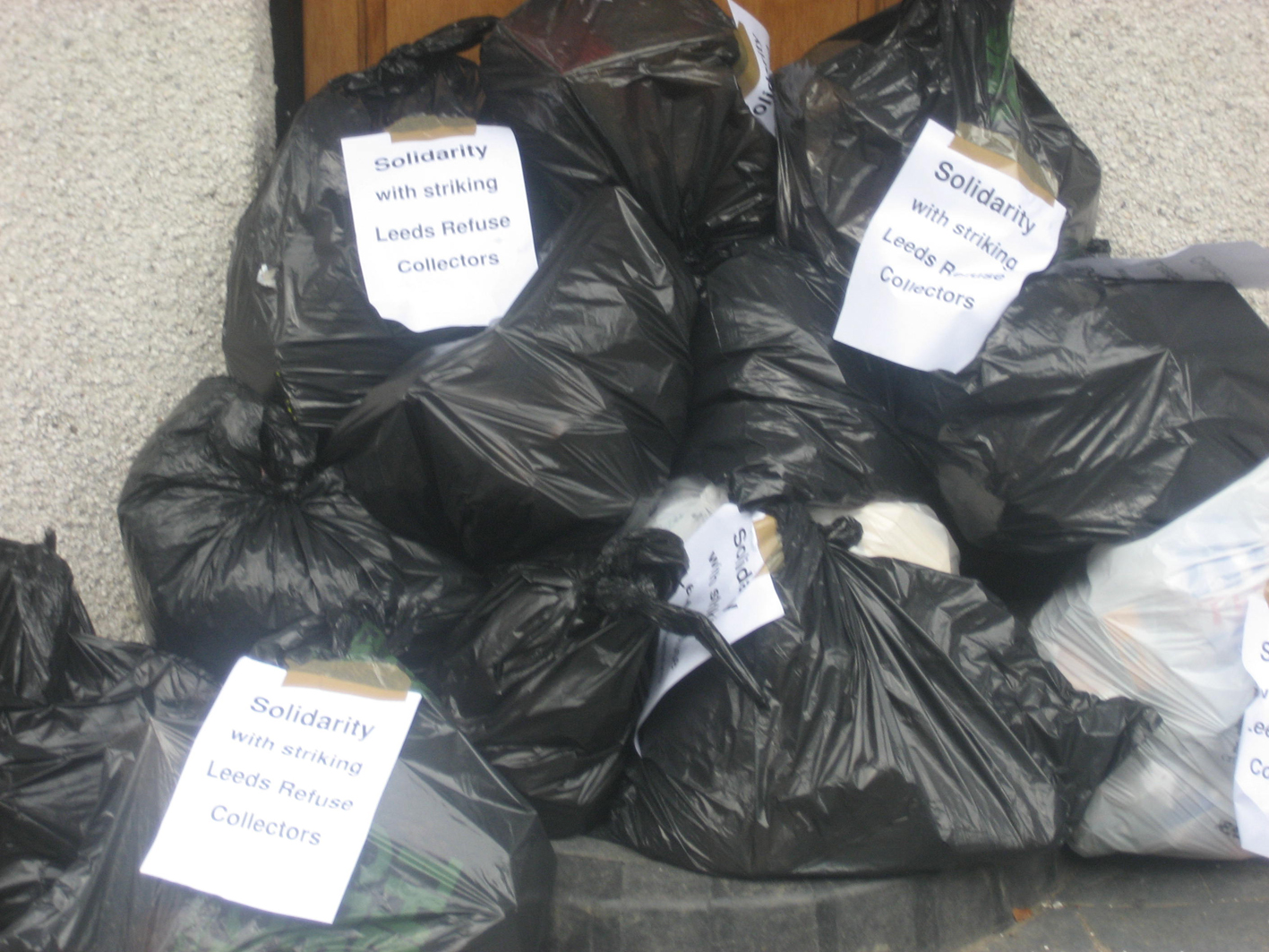 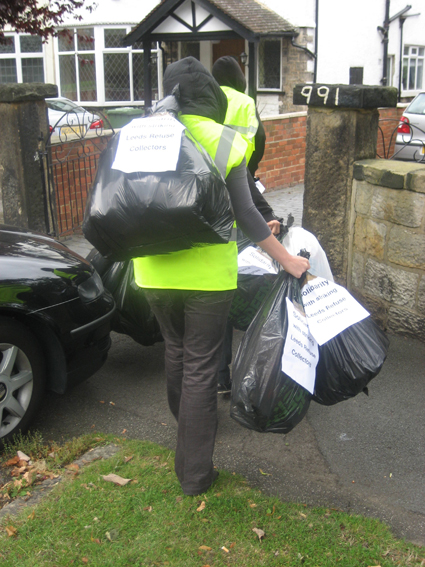 Here are those photos again for people with normal sized faces.

This attempt to reduce wages for bin men is just the openning wave of a huge series of cuts in public services, and all to pay for the astronomical bail outs of the banking sector. Welfare for the rich, cutbacks for the poor. Why should a bin worker's already low wages be cut in order to pay for more massive bonuses for bankers. It stinks, as does my back yard now you come to mention it. There are going to be a lot of strikes over the next year or so and we need plenty more acts of solidarity like this one. Nice one to the people involved.

Just how much is "an already low wage"

Always good to have all the facts

Whilst everyone has been arguing about big pictures and recycling, 6 people were arrested last night and are still being held just for allegations of dumping some bags of rubbish.

Not sure why the unions are distancing themselves from this, most people have found this hilarious, and it's a fairly minor 'crime' compared to cutting people's wages by a third!

The six are now released after spending the night and most of today inside; all on bail to return to the police station in November.

All very random, with a house being singled out (not entirely apparent why) and everyone in it being arrested for simply being there, including some guests just passing through. Seems there was a copper in the house investigating the "threatening" phonecall at the time of the action, so with red faces all round Mr Brett demanded some action, and the police picked on a load of people with nothing to do with it to show the council and media that they were doing something. Ho hum.

Please note that salary information is a guide only and there may be local agreements in place. For further information about salaries for particular positions, please contact your local council directly.

So I would say that constitutes a "low wage". Especially since it is quite a physically demanding job that involves handling other people's stinking rubbish.