On Monday September 21st there was a 'Flashmob'in the Market Square, Nottingham 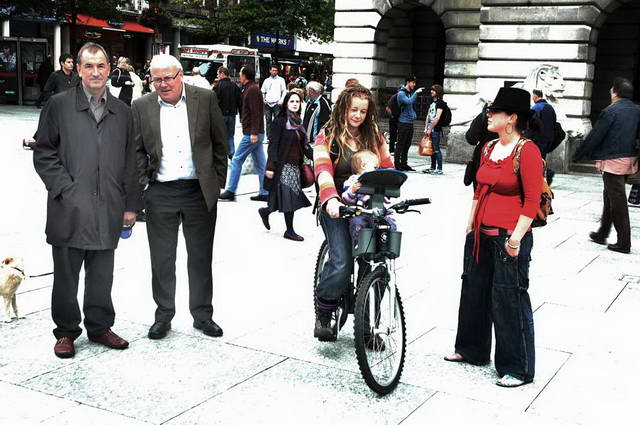 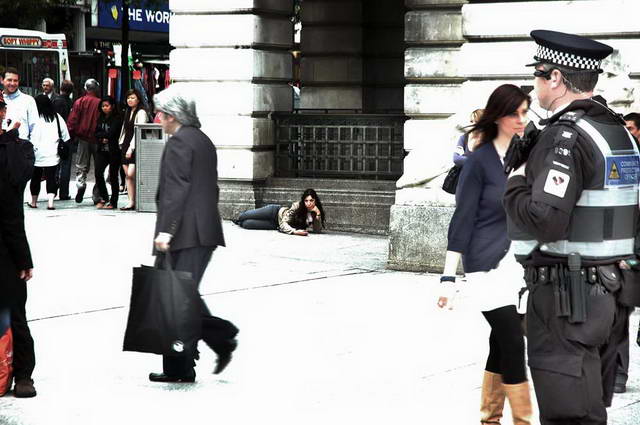 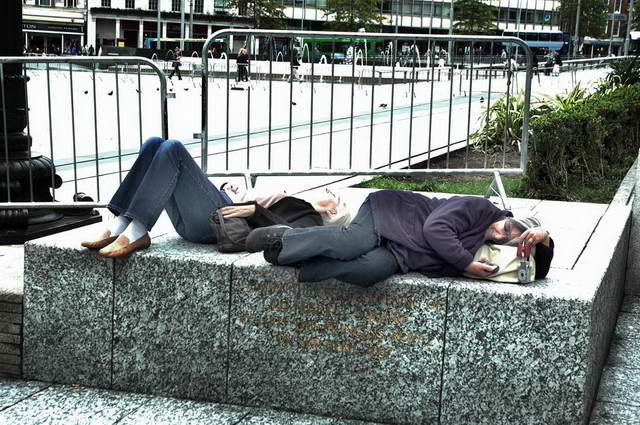 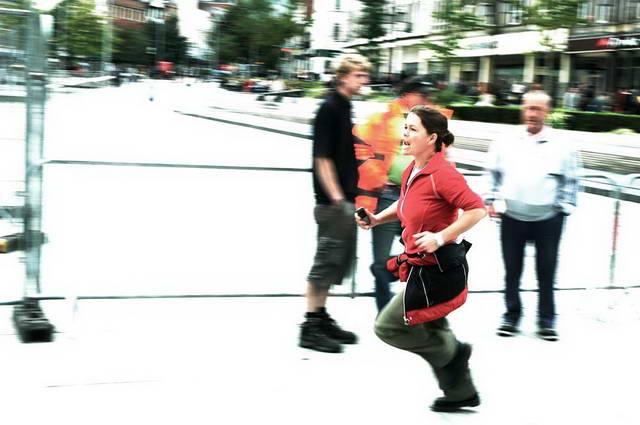 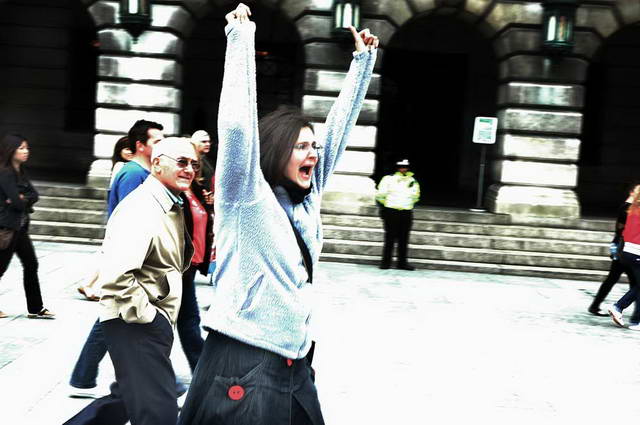 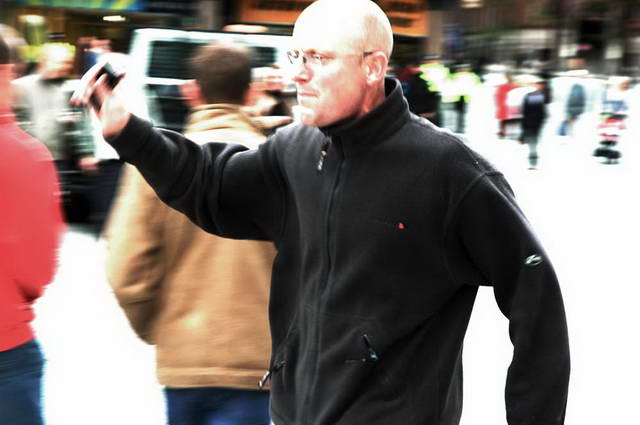 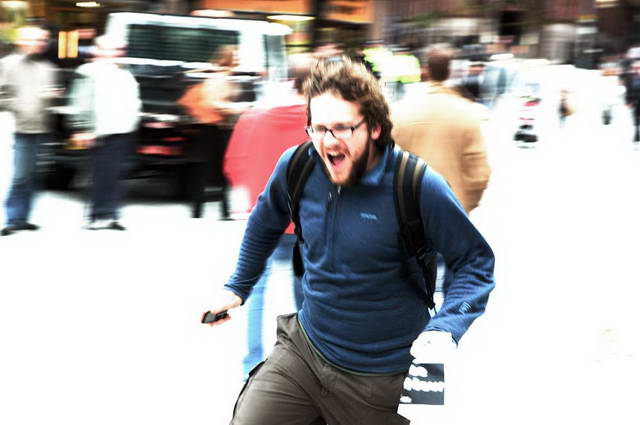 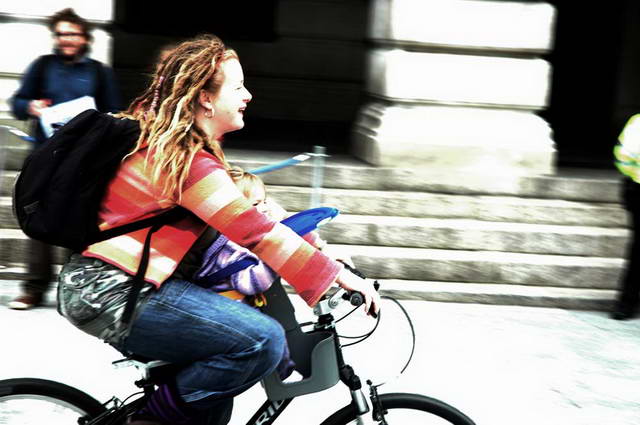 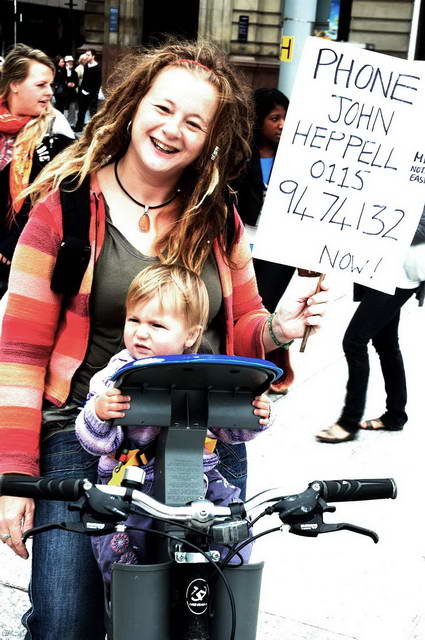 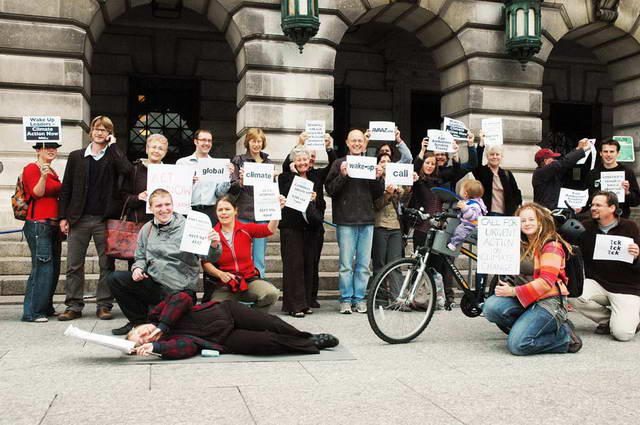 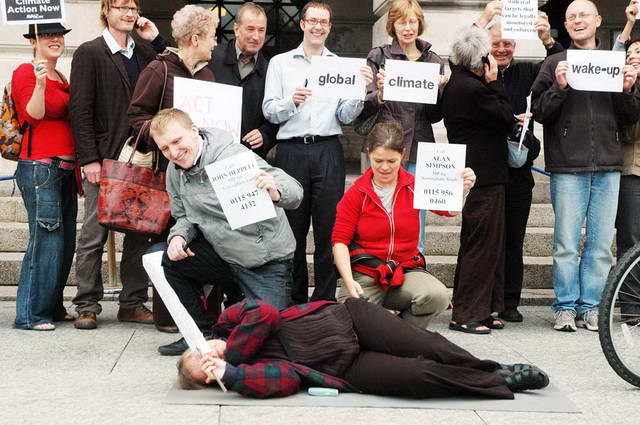 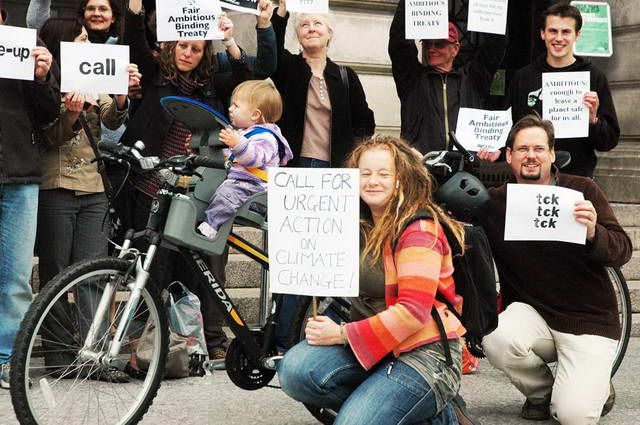 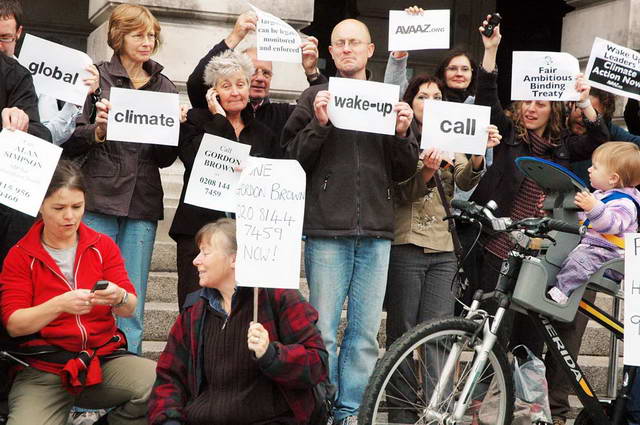 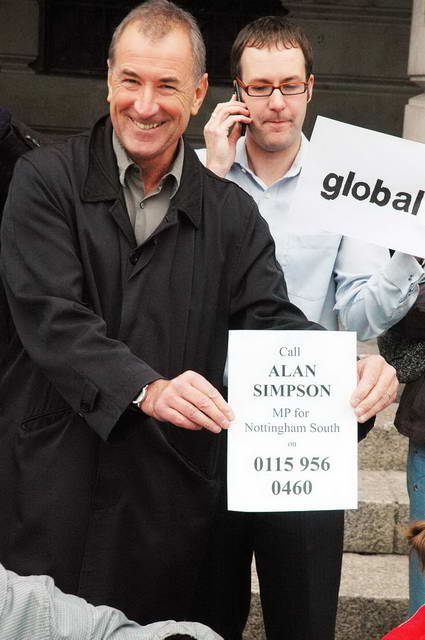 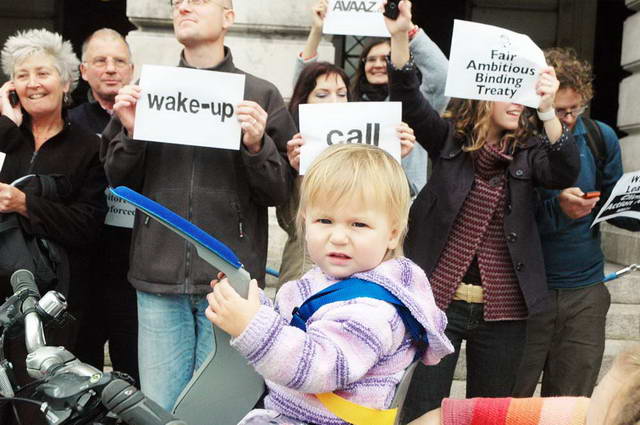 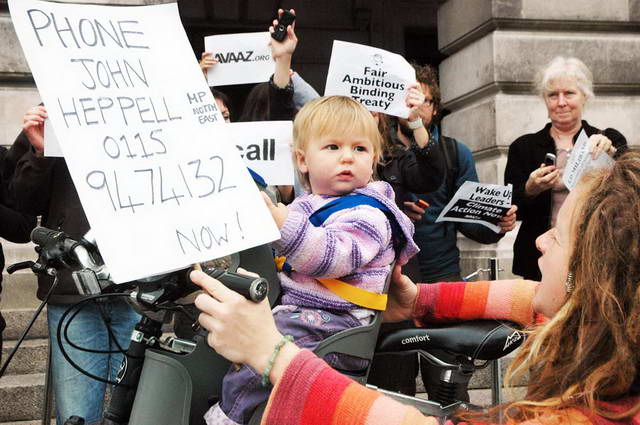 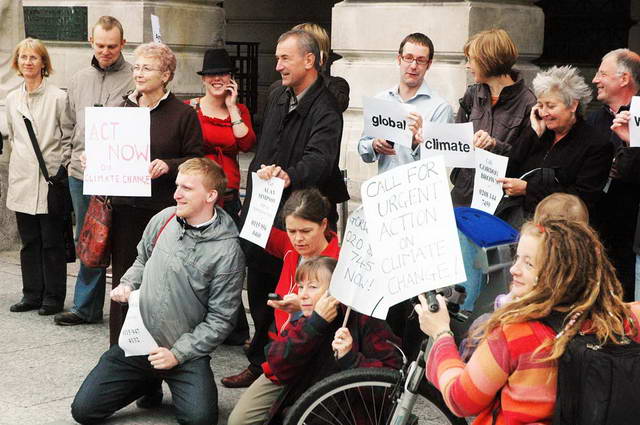 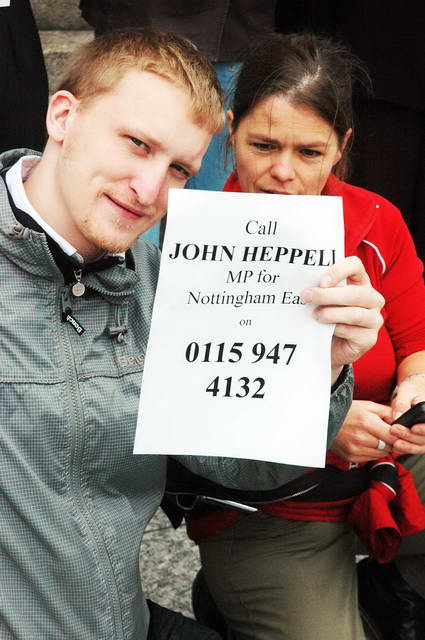 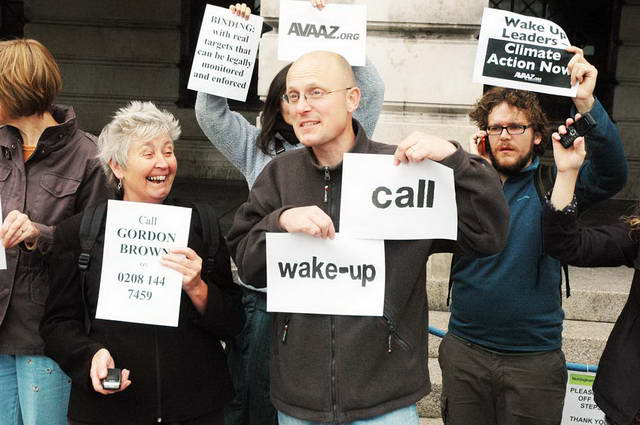 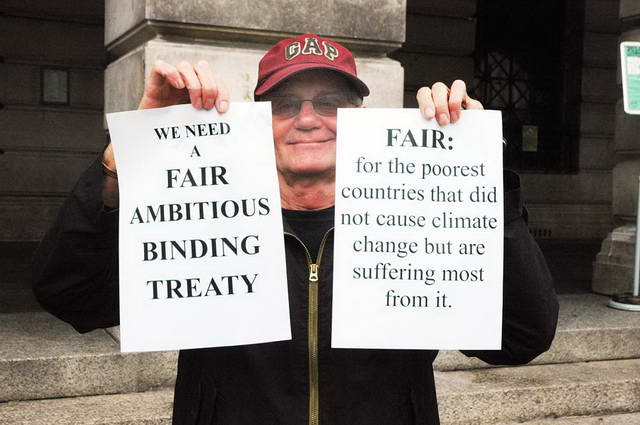 On Monday September 21st there was a 'Flashmob'in the Market Square.

The object was to highlight concern at the lack of action on climate change issues.

People set an alarm (clock or mobile phone) for 12.18pm. Gathering in the square by 12.10pm. When the clock on the Council House bongs a quarter past 12, people frooze (as if asleep) wherever they were in the square, and then 'wake up' when the alarms went off & did a bit of mad running around shouting "WAKE UP!! SAVE YOURSELVES!...FLOODS!...FIRE!...FAMINE!...STORMS ARE BREWING!...SEAS LEVELS RISING!...HELP!...DO SOMETHING, WHILE YOU STILL HAVE THE CHANCE...DON'T PANIC!...etc" All very theatrical and melodramatic. Just like in Dad's Army, apparently!

Passers by exchanged strange looks, but many did get the point i think!

After the running about, people were encouraged to ring their local MP's and the Prime Minister, to raise their concerns. Alan Simpson MP joined the activity and pointed out that those present coule ring him as well if you liked.

Wardens and PCSO's watched and wondered at the goings on there.