Early this morning, a large number of Police were in attendance at the riverside gate of the Vestas Blade plant in Newport.

The blockade of protesters, who have been camping on the tow path over the last few weeks, were dispersed by the Police and any unclaimed belongings bagged up and removed.

When we arrived at the site at about 8:30am, fencing was being erected by security staff along the path.

The operation started at about 6:30am when officers issued warnings, under section 69 of the Criminal Justice and Public Order Act 1994, to around 13 people “suspected of having committed, committing, or about to commit, criminal offences of aggravated trespass.”

One protester showed us a map she’d be handed showing an area at the back of the Vestas building. She told VB that she had been instructed not return to the marked area for three months.

Tents, sleeping bags and other items which were not claimed by those present were bagged up and taken to Newport Police Station as lost property. 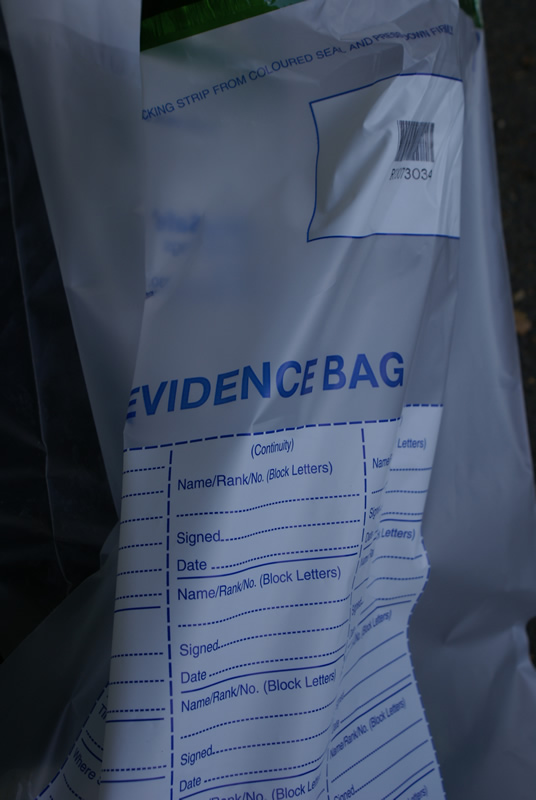 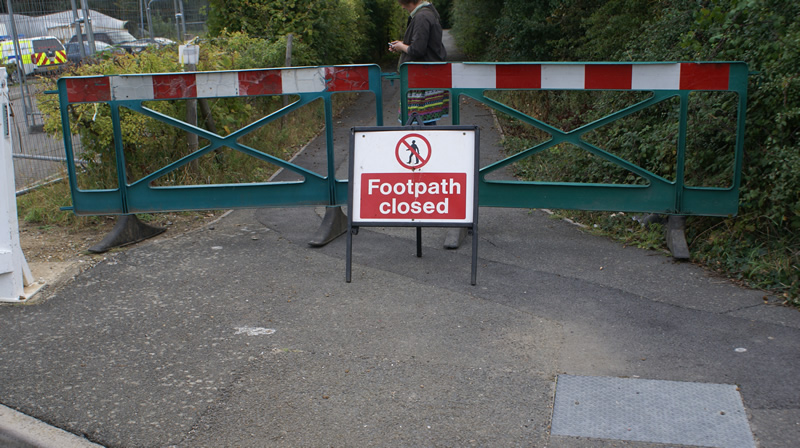 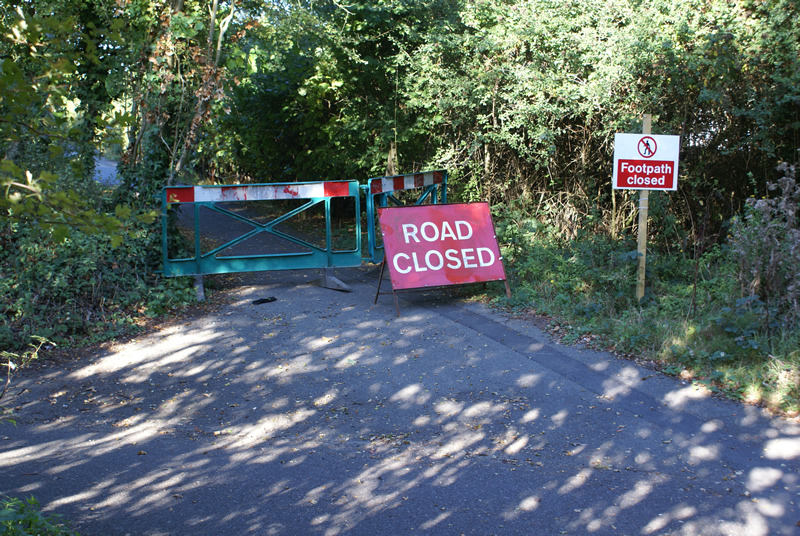 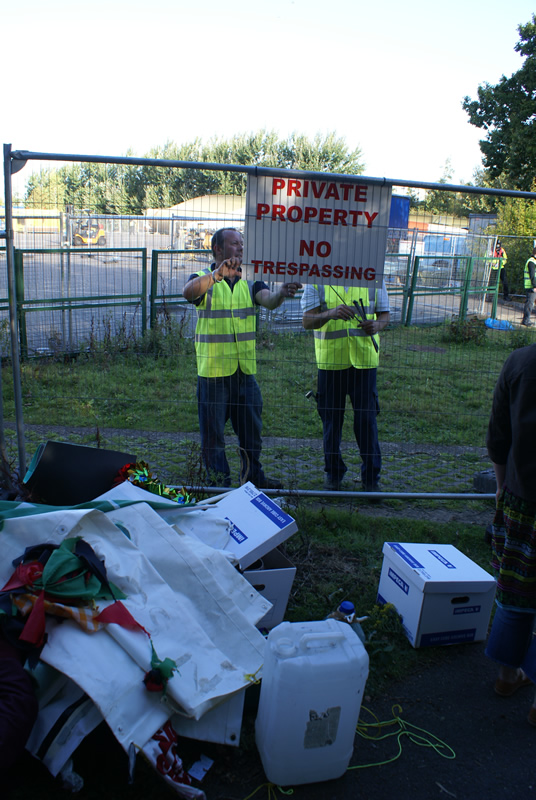 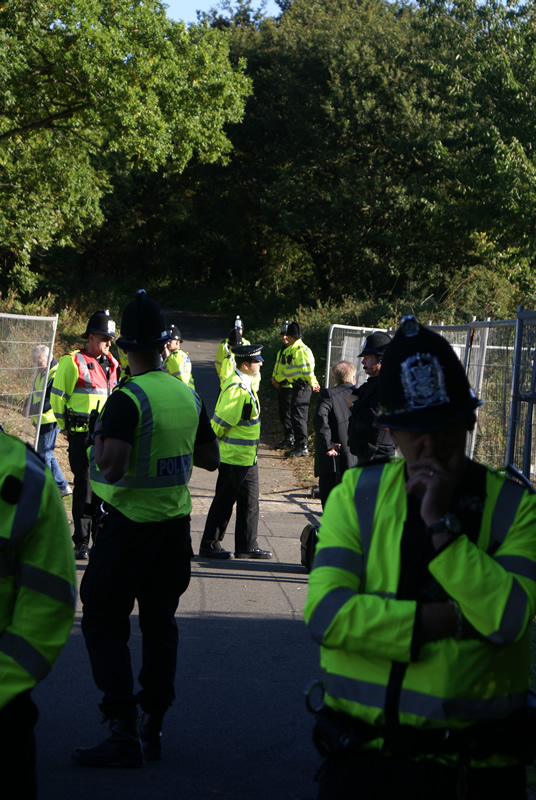 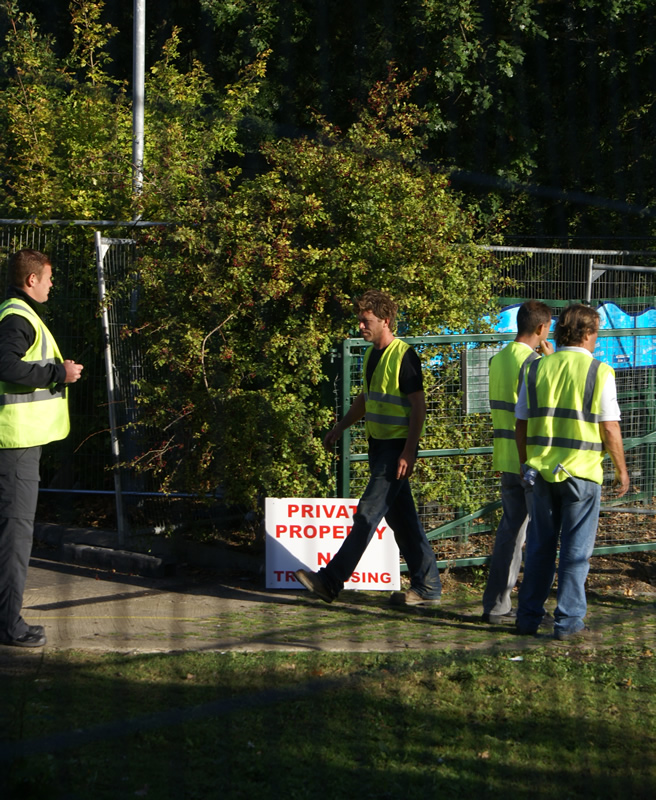 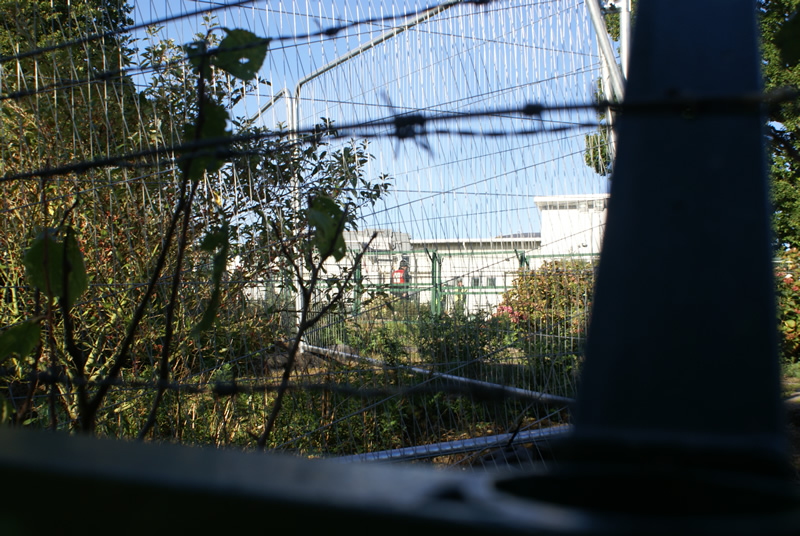 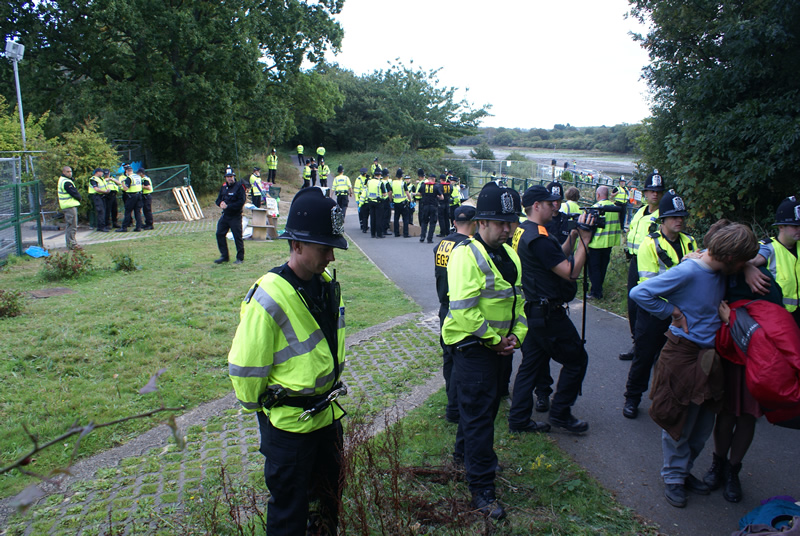 The media restricted
The footpath is a busy route for cyclists as they travel to Newport.

This morning, cyclists were told to dismount and were then escorted between the newly-erected fences. They were then able to get back on the bikes and continue their journey.

When we approached the line of the police they offered to escort us across the area and back – but only once.

We were told by the PC and then by the Sergeant that if we wanted to cross the path again, we would risk being charged for aggravated trespass.

We pointed out that this restriction on reporting seemed unreasonable, but to no avail.

The Sergeant suggested taking it up with the Police media officer, which we have done.

UPDATE 2 (12:10): Sound like this has been sorted out now. We’ve just heard from the Police media officer that an area has been setup for the media, up on a raised area that we can shot from.

Blades shipping today?
It’s understood that the Bladerunner barge is due to arrive at the riverside at noon and with high tide at 2pm and that Vestas will attempt to ship the final blades and equipment from the factory this afternoon.

We’ll be back on site again later, keep an eye on our Twitter feed to stay up-to-date with developments.

If any supportive lib dems can get into conference to raise the vestas issue during (the supportive) Simon Hughes' speech on Energy and Climate Change at 3.20 today that'd be helpful! Rind the lib dem press office to convince him to say something about today's eviction on 0207 340 4949. Ring simon himself on 0207 219 6256 (constituency)

Know it doesn't make much sense to say this on Indymedia, but can anyone with any MSM contacts use them and pester until this story is back in the news. It should never have gone away, and maybe we could win without it, but I reckon it can only help to get this story (where the vast majority of the public are supportive from either a job or a climate or a combined angle) back on the news every hour, nationwide. so either make it so with Direct Actions or call your friendly figure of propagandist deluded 'news' on the mainstream side of the fence... or both!

p.s. twitter.com/PeterPannier for updates and a report on events from LibDem Conf viewed off net today