Protest in Scotland Against Clearances of Migrant Camps in Calais

In response to the shocking events seen in Calais on Tuesday 22 Sept, where police moved in to forcibly remove migrants from their make-shift shelters, and an international call-out for solidarity, a protest was held at the French Consulate, Randolf Crescent, Edinburgh, yesterday. 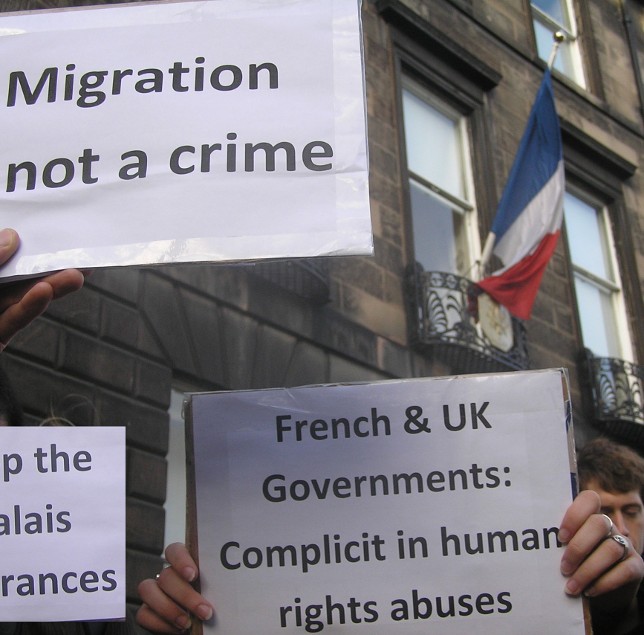 Calais has been described as a ‘humanitarian crisis’, as people fleeing instability in countries like Afghanistan, Iraq, Iran, and Eritrea have been forced to live in makeshift camps with few facilities and harsh conditions. The destruction of the camps will mean further suffering for people already enduring great hardship, and means a risk of migrants being returned to countries where their safety is in jeopardy.

Annie, who joined the protest said ‘the migrants living in Calais are people striving for a safe and secure life like everyone else. Forceful removal of people and bulldozing of their homes cannot be justified. Migration is not a crime’.

Protesters denounced the actions of the French government, and also those of the UK government which is complicit in the brutal repression of migrants in Calais.

The Consulate received a statement of condemnation.

Photos from clearance of migrant camps this yesterday: 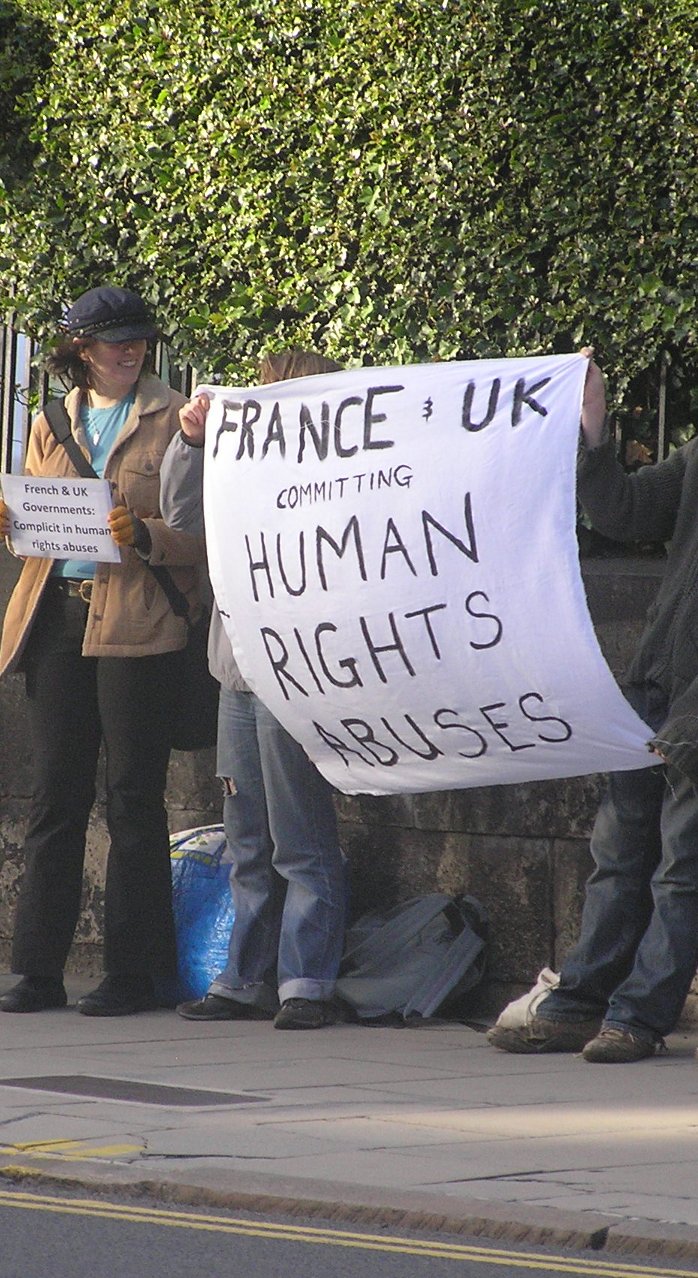 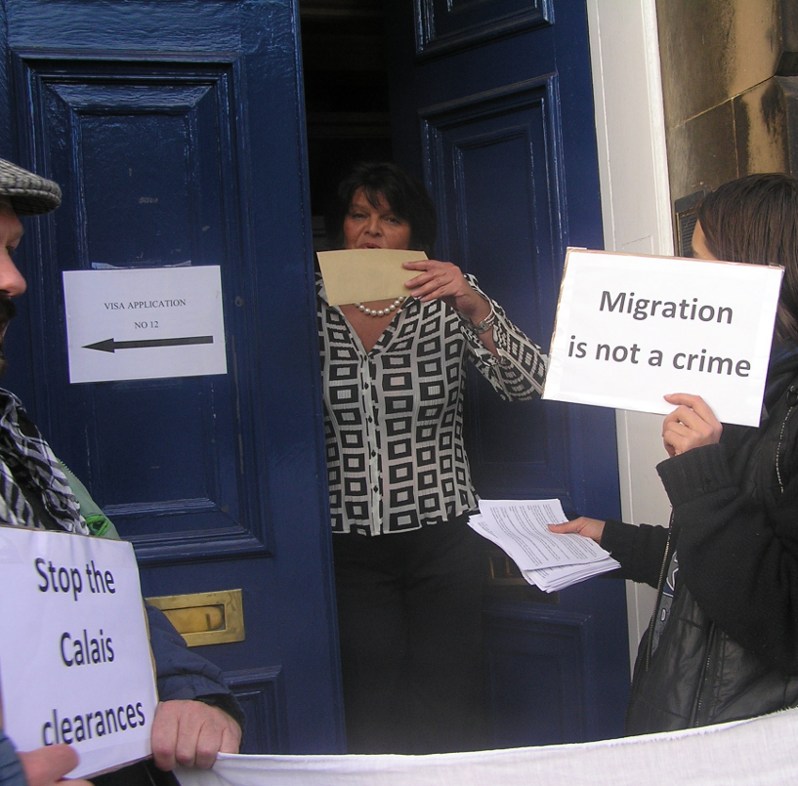