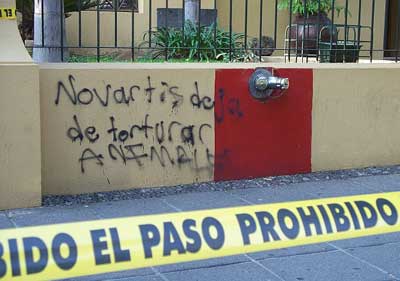 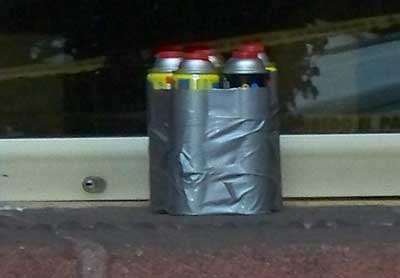 "In the early morning hours of September 22 our cell of the Frente de Liberacion Animal acted in solidarity with the explosive attacks in Mexico City and decided to claim an attack against a company that tortures and enslaves innocent animals by contracting with HLS! We have intimidated the company by showing them that our threats are not a game and should be seen to be of vital importance if Novartis and others want to maintain their economic integrity. However, the device did not work properly, but as we are emphasizing what was desired was to intimidate Novartis and to make our community reflect on the animal liberation movement.

According to a local newspaper, on September 19 a MaxMara shop in the City of Lodi had its entrance and windows covered in red paint.