A peaceful protest took place at the Serbian Embassy in London on Friday 25 Sept to show international solidarity with the LGBTQ community in Belgrade following the cancellation of Beograd Pride, due to take place last Sunday, 20th September. Photos copyright (C) 2009, Peter Marshall, all rights reserved. 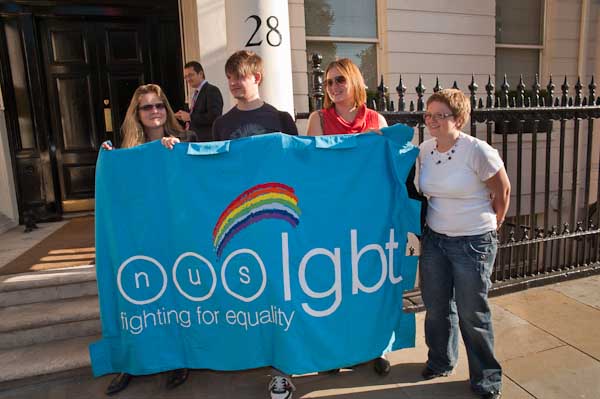 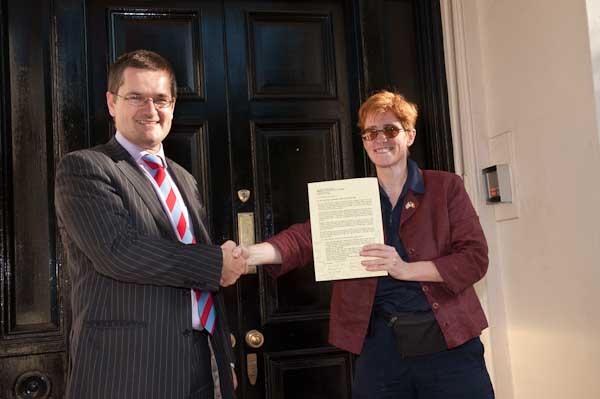 Letter to the Ambassador 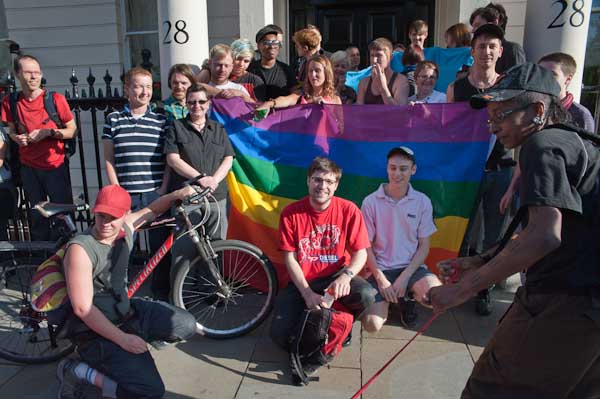 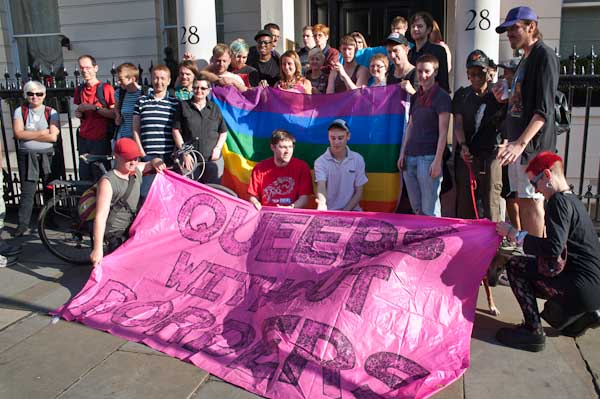 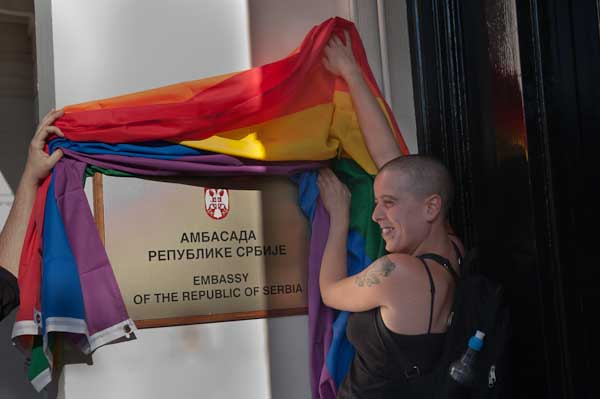 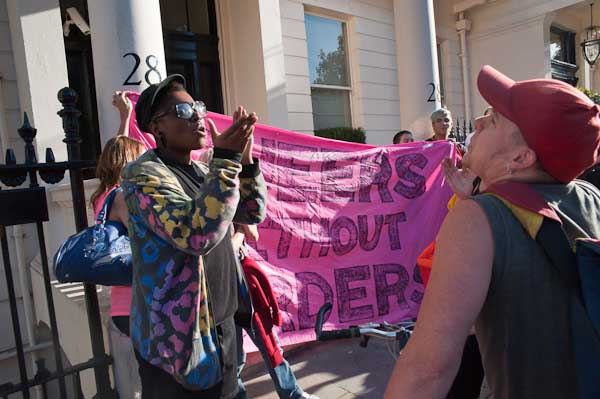 Around 40 people, including supporters of Outrage!, the NUS LGBT group and Queers Without Borders protested on the embassy steps, handing in a letter to the ambassador expressing their deep concern and urging the Serbian authorities to show determination in pursuing individuals and organizations who are associated with criminal acts against LGBT people or venues, to protect those who have given public support to Pride and LGBT people, to work with LGBT organisations to create a more positive attitude in particular to allow Pride 2010 to proceed normally in Belgrade.

Belgrade's first gay parade in 2001 had to be abandoned after violent protests on the streets of Belgrade.

It took eight years until Serbia's LGBT community felt it was possible to hold a second parade. But mounting threats from nationalist ultra-right groups and football fan clubs - including offensive graffiti and posters threatening violence on almost every street in the city centre - led the authorities to decide that they were unable to protect the marchers - despite earlier promises to do so being repeated by President Boris Tadic the previous day.

The day before the march was due to take place, the organisers met with Prime Minister Mirko Cvetkovic who suggested that they move the march away from central Belgrade and when they declined to do so, the march was cancelled.

A few more pictures on My London Diary in a few days time.