Today in Copenhagen is a large mass action against a Coal Power Station near to the city. Breaking news is of one mass 'preventative' arrest of activists from one of the two blocks (green / purple) and the cops attacking another group with truncheons. A hole has been cut in the fence of the plant at the rear. The action is continuing... 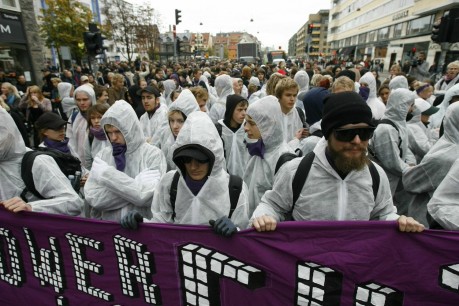 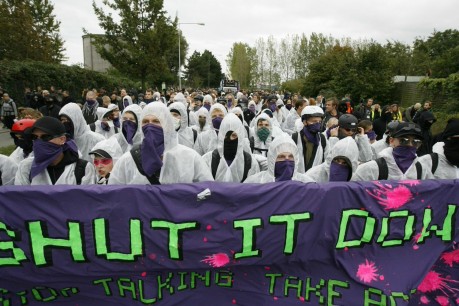 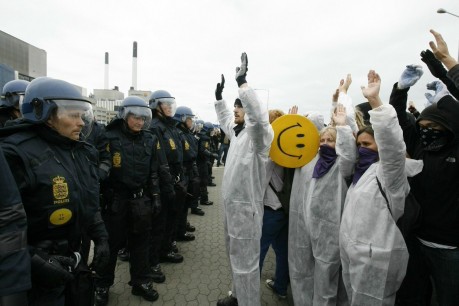 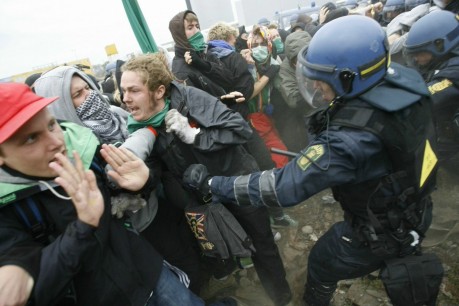 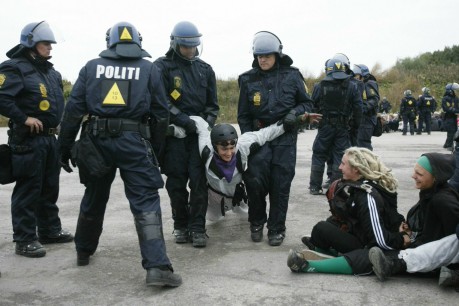 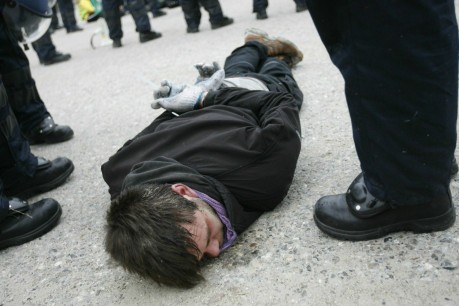 As is now usual when the Danish cops make a mass 'preventative' arrest of loads of protestors, they kettle them, take them individuallly, and handcuff them with their arms behind their back. Then they put each person one by one behind the other with the legs alongside the one in front. Sitting in the fashion for a while becomes painful as you wait for the wagons to eventually arrive and cart you off from the protest site.

They've been using this mass arrest thing for a number of years now. It doesn't matter who you are, if you're in the place they want to arrest people then its tough!

It's like the UK kettle with an added twist!

this is what happened next....

somebody got a fetish for yellow wirecutters...

on the move again but cross country

Today about 1500 people took direct action to shut down one of Copenhagen's coal fire power plants.

The action plan was openly announced several months ago and Danish police have been gearing up for
massive use of force and to trial new anti-protest laws. Around 100 of the protesters managed to get inside the power plant which should have been shut down due to safety regulations at that point- but was kept
running. However, as this was the goal for the action protesters have declared the action a success. Around 100 people have been arrested.

One person so far has been charged. The action was widely and positively covered in Danish news and protesters regard it as a very positive trial run for actions around the COP 15.


For a regular news and badly google translated versions of the inspiring civil disobedience 'shut it down' action in copenhagen today targeting a coal fire power plant read:

For the original in Danish go to: