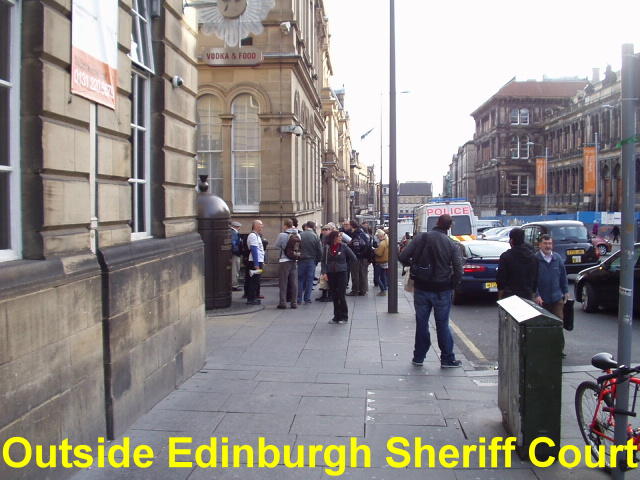 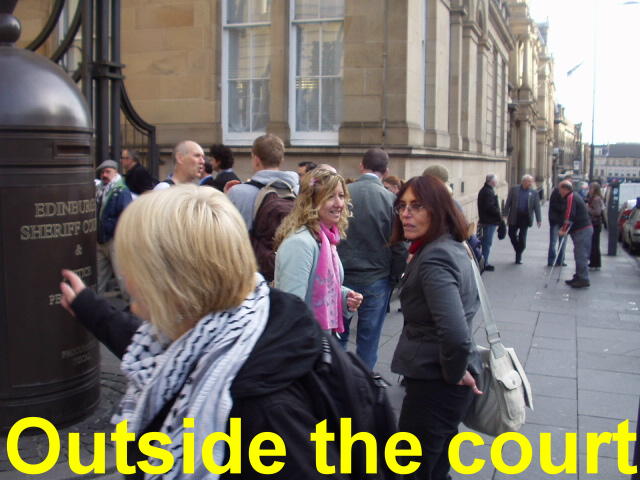 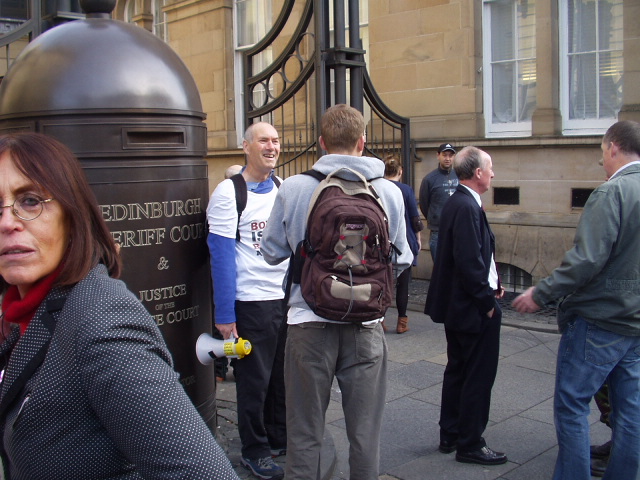 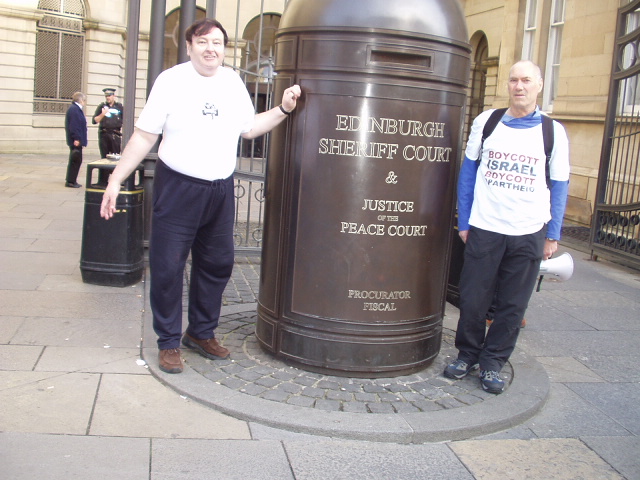 The hearing at Edinburgh’s Sheriff Court on Chambers Street took place with Sheriff Nigel Morrison QC presiding. The proceedings (if they could be called `proceedings` - non-events would probably be a fairer description) dragged on from about 10.00am to about 2.15pm when an adjournment was asked for until `a two day debate` could take place on Thursday November 5th and Friday November 6th 2009.

The hearing did not actually start until 12.20pm and it was difficult to hear what was going on – there was talk of `devolution minutes` and `anti-social behaviour act 2004` and `section 44 paragraph 7` and `unnecessary interpretation of paragraph 6` - jargon that was difficult for an observer to follow as no minutes or official papers were made available. Cameras and pocket recorders are not allowed in the courts which did not help either.

There was an adjournment for lunch at 1.03pm – officially until 2.00pm - though the court did not actually start again until 2.12pm.

Finally, after lunch, the judge (Sheriff Morrison) agreed to consider the “devolution minute” (legal challenge) regarding the Crown’s attempt to limit the group’s freedom of speech (criminalising criticism of Israel) after hearing the Crown’s evidence (essentially the 5 or 6 security guards who ejected them from the performance of the Jerusalem Quartet).

There were a total of 23 people in the public gallery and this was an encouraging attendance. If the matter does go to the High Court then some publicity might ensue with coverage in the mainstream media. In the meantime this small report will have to suffice.

Four photos of outside the Sheriff Court are attached.