Anarchists of South Africa are Queer and Proud

Anarchism is an ideology that fights against exploitation and all forms of oppression. We fight for a world in which women will be equal to men, a world without racism and class inequality, a world in which LGBTI and queer people are treated with respect.These struggles are part of the anarchist struggle against hierarchy and inequality, for an equal and free world.Anarchists have been at the forefront in the struggle against LGBTI discrimination 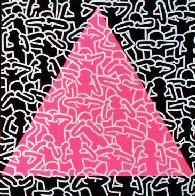 From the beginning of anarchist theory, anarchism has been the first ideology to actively support LGBTI people long before other ideologies. It is believed that one of the key anarchist thinkers, Mikhail Bakunin, was rumoured to have been homosexual and that this was one among many reasons Karl Marx threw him out of the First International, which caused the split between authoritarian communism and anarchism.

Also, Oscar Wilde, who called himself an anarchist, criticised Marx. His famous trial and conviction of sodomy in 1895 prompted anarchists to engage in an examination of the social, moral, and legal place of same-sex desire. The efforts of the famous anarchist and feminist Emma Goldman (the first advocate for homosexual rights in America) and other anarchists on Wilde's behalf constitute the first articulation of a politics of homosexuality in the United States. After his trial, Wilde became "a totemic figure" for the anarchists, and at a time when the American productions of Wilde's plays were closed down and forbidden and his books pulled from library shelves, anarchist journals reprinted his texts and poems.

It was thanks to American anarchist writers and propagandists that the defense of homosexuality developed in Europe crossed the Atlantic - at a time when no other political movement or notable public figure in the US dealt with the issue of same-sex eroticism and love.

Since the end of the 19th century anarchism has stood for free love and fought for it, from Emma Goldman and Alexander Berkman, who wrote about his homosexual experiences in his Prison Memoirs of an Anarchist, to the free women of Spain in the Spanish Revolution of 1936 to today’s feminist and queer anarchists around the world. Queer anarchists were part of the Stonewall riots, at the forefront of Queer Nation (launched in New York in 1990) and many other gay liberation groups.

The Zabalaza Anarchist Communist Front (ZACF) stands in this tradition. We know that gay people in South Africa have more legal rights than in most other places on earth. But we also know that the constitution alone will not be enough to stop the chauvinism that is so persistent in our country. Crimes against LGBTI people happen on a regular basis.

http://www.anarkismo.net/article/9140). This year we voice our anger against the discrimination of Caster Semenya who is believed to be intersex, or at least not clearly enough a woman as many people would want her to be. The discrimination against intersex people, so common in the sporting world, always pops up when women do extraordinarily well in sports. This shows sexism but also heterosexism. We are sick of the fact that in our world everyone has to fit into two clearly defined and separated gender categories. We have to stop asking ourselves if Caster Semenya really is a woman or a man, but embrace diversity that is so natural to all living beings on this planet (just like homosexuality, and even more bisexuality). Every time we fill out an official form we have to let the state or institution know if we are male or female, and in South Africa we still have to state whether we are black, white, Indian or “coloured”. Many people don’t fit into these categories, others don’t want to fit in. Many people don’t even fit into the categories “homo”, “bi” etc. The gender binary is a creation of certain cultures that does not exist in other places of this planet. In India there are, for example, three genders. In other places even four. We stand in solidarity with Semenya, regardless of whether she's intersex or biologically female. We are appalled at her humiliation. We stand for the liberation of intersex people and reject the gender binary.

While we support the struggle against LGBTI oppression we urge comrades to rethink some of their strategies. We cannot have faith in the police, constitution or criminal courts. Throwing criminals into overcrowded prisons in which they get raped by fellow prisoners and discriminated against by prison wardens will not solve our problems. Prisons need to be abolished, they do not transform people, they destroy them. We need to build a world in which crime does not even come about. Central to this world is the end of inequality and hierarchy. Creating more and more laws just creates a bigger bureaucracy, not a free and equal world.

The oppression of people is linked to class

Our struggle also has to be united. There should not be any divisions of race or gender within the LGBTI movement. Nor should the working class be divided by gender, sexuality or race. All people who are oppressed and exploited need to unite to build a better world together. The oppression of people is linked to class. If you are poor you cannot afford the security you might need to be safe from oppression. That is why poor LGBTI people are the main victims of homophobic violence. If you are trans but poor you cannot afford the operation you so desperately want. Most LGBTI people are part of the working class and poor. As a class we get oppressed by the state which only supports the interests of the ruling class. This oppression, at the hands of the state and capitalism, is something that unites us as a class, across gender and sexual divides, across colours, ethnicities, abilities and age. Our struggle has to be united, it has to be anti-capitalist, it has to be internationalist and it has to be against hierarchies in general.

We have not only seen an increase in crime but also in rape and other chauvinistic crimes. This is directly related to the global economic crisis and growing inequality. This growth also indicates that it has to do with wider circumstances, such as poverty and the lack of service delivery which leads to frustration which in turn gets directed at society's weakest. Instead of fighting against the system that causes poverty in the first place and which bails out the rich, the poor turn against other poor or the middle class because they are so desperate. We turn against each other instead of uniting against a common oppressor. If we want to stop any form of crime we need to fight against inequality. The struggle against sexism and heterosexism is directly linked to the fight of the working class, which consists of a majority of women and includes most LBGTI people.

Anarchists fight for a world free of exploitation and discrimination

Anarchists fight for a world free from sexism, homophobia, ableism, racism and other forms of oppression. We support movements of people resisting oppression based on identity but we believe that it is important for them also to work with - and be supported by - the broader social movements and to engage in a broader struggle because we believe that many forms of oppression are rooted in capitalism and the state system. This means we believe that as long as capitalism and classes exist, LGBTI people from poor communities in particular will be discriminated against.

The fight for lesbian and gay liberation as well as fights against racism and sexism must be rooted in the class struggle - only the working class, as the exploited class, has everything to gain and nothing to lose in fighting oppression. Oppressed people can fight for more rights but only the working class can bring about a revolution in a general strike and through mass action. But only a working class that takes the struggle for the emancipation of women, LBGTI people and other oppressed groups seriously can bring about an equal and free world.

Fight for a social revolution

We cannot rely on the constitution or the police to help us, we have to organise ourselves and change people's ideas and behaviour through education. It is not enough to fight for more legal rights. We have to fight for a completely new and better world. Only a social revolution can bring about such a world. We should not fight for the legalisation of marriage only but also fight against the institution of marriage, so that people who live together, no matter of their sexuality, can do so without needing any legitimisation by the state. Not that we are against the constitution or more legal rights. We have to fight for every gain we can get now. But this can only be one part of our struggle. We have to criticise traditional gender roles, the nuclear family, marriage, compulsory monogamy and one-sided male polygamy (a man can have more than one wife, but his wives are not allowed to have other husbands) which are based on patriarchy, capitalism and conservative religious values. Anarchists have a long tradition in criticising these institutions.

The dangers of relying too much on the constitution are shown by recent actions of President Jacob Zuma. Zuma is known for his sexist and homophobic views; and the claims that he is “progressive” and “a friend of the working class” have no basis in fact. Since he won the presidency, he and his friends have been building up links with right-wing churches that want to remove abortion rights and gay marriage. With their links to the state, and widespread support for reactionary views, they pose a serious danger. Such conservative views divide oppressed people – the vast majority – among themselves. They hurt the working class by making it easier for the state to control and oppress everyone. And they are a direct attack on women and LGBTI people. We must defend ourselves, by all means necessary. We can use the constitution, but if we rely on the constitution alone, it could be changed against us. What the state gives, the state can take away; but what we force the state to give is truly ours. Anarchists call for working class unity to defend women's and LGBTI rights.

Anarchism is about reclaiming our full humanity from Capitalism and the State. Our social revolution is about creating a society in which we can live as humans, not as workers, or blacks, or women, or any other socially-defined category. Accepting social, cultural and sexual diversity is a prerequisite of the human liberation which is anarchism's objective.

Two of the most important things in life are love and sex. We have to fight for a world where people can love whoever they want and make love to whomever they want, as long as there is mutual consent. This includes non-monogamous relations and other forms of sexual desire.

The South African and global LGBTI and queer community, of which many of us are part, will always have our solidarity and support.

We raise our black and pink flags with pride!