Welcome to HLS - Their Past is Their Future

These images are of Huntingdon Life Science's old primate toxicology facility in at Stamford Lodge in Cheshire which had to close down a number of years ago due to spiralling financial costs. 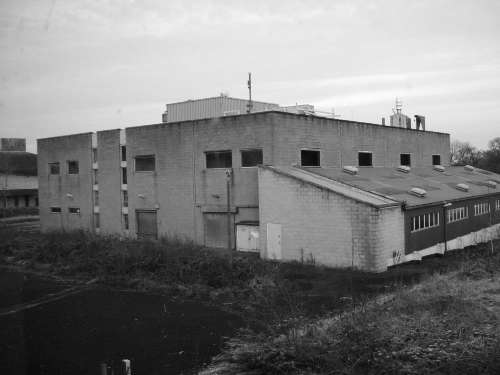 These images are of Huntingdon Life Science's old primate toxicology facility in at Stamford Lodge in Cheshire which had to close down a number of years ago due to spiralling financial costs. The laboratory, now defunct and overgrown by weeds, is a little known place and the images are an aspiration to all animal rights campaignsers globally fighting to shut down their three remaining laboratories at Alconbury (UK), Occold (UK) and Princeton (USA).

Literally speaking, their past and what has happened with Stamford Lodge is their future for the three remaining facilities. Anybody visiting their site at Alconbury can see the shabbiness of the place, despite it being surrounded by razor, high fences and CCTV.

Simple facts must now be addressed, highlighting the financial dire straits they are going through as a direct result of the campaign by Stop Huntingdon Animal Cruelty to shut them down.

* Their CEO, Andrew Baker, having to attempt to buy out the company as a last ditch attempt to keep them going and stop the upcoming bankrupcy.

* Losing key contracts from some of the largest pharmaceutical and chemical companies, such as Roche.

* Not owning the land they are on, or the assets within their walls, having to lease it back to themselves through a subsidiary company (Alconbury Holdings) in an attempt to keep costs low.

* In debt to all their suppliers, not even having the money available to pay for these contracts

* Cannot get a single external company to do vital services for them, including security, incineration and laundry.

* The status of being the most exposed animal testing laboratory in the world and renowned for animal abuse and cruelty.

* All key shareholders have withdrawn from HLS, leaving them below the expectations needed to float on the NYSE (which they have already been kicked off twice!)

Companies do not dare supply HLS blatently, instead opting to do dogy deeds in order to keep secret. This ranges from delivering in unmarked vans to meeting HLS workers in motorway services stations in order to exchange goods deliveries.

In the words of the Roche Management (one of the largest pharma companies and ex-HLS customer) - "It's not a matter of IF HLS close, but WHEN"


THE LOANS FIASCO:
HLS almost had to close down and file for bankrupcy in March this year due to not being able to pay back any of their loans.

The only way HLS could get a loan is by setting up a number of nominees companies, with a clause in the contract stating that the loan firms must not get discovered under any circumstances or the contract is breached. So, in order to loan HLS the
much needed $30 million Fortress Finance paid the money to BDO Luxembourg to lend the money through Sub-Anchor Investments! What a sham! But, as is no doubt expected by companies dealing in vivisection all parties involved were found out and exposed.

This week, activists were greeted with the great news that BDO had placed Sub-Anchor into administration (as it was set up solely for the HLS loan) and were perminantly pulling out of deals with the Huntingdon contract. If it then couldn't get any better, Fortress then did the same leaving HLS with the massive weight over their heads of how will they pay back the $30 million when they don't have it to give back. Simple fact is it looks like the bailiffs will be paying a visit to Huntingdon!

The future for HLS this year, in the words of their Managing Director Brian Cass, is "uncertain" and the shareholders are not at all happy with the fact that they will lose a lot of money if the Baker-Buyout (through his purposely-founded company Lion Holdings Inc) goes ahead and are expected to vote against it. After all, they have 'ultimate' control over HLS (or LSR as they trade) with it being a PLC. Many are also taking up lawsuits to stop it going ahead.

The next few months for HLS are extremely vital, with the loss of another key contract they will have to file for bankrupcy!

This is history in action and shows that activists have the proverbial noose round the necks of companies and are capable of pushing them off the gallows.

SMASH HLS!
Get up, get out there and get involved - together we can shut down HLS once and for all.


Resources:
The Plymouth Report shows the true financial status of Huntingdon Life Sciences (refered to as 'Atlantic' by the report writers for their own 'anonyminity') -