1 dead at anti-IMF protests in Istanbul

Police repression in Istanbul, Turkey, today has led to the death of one man, and the detention of 100's of protesters, at anti-IMF/world bank protests.
Reports picked up from Spanish independent media sources indicate the death of a 55 year old man during protests in Istanbul today.

If your Spanish is good see here:

or in Turkish here:

My Spanish is crap, but it appears the man suffered a cardiac arrest, and subsequently died, after riot cops shot liberal amounts of various crowd control gasses in central Istanbul. Combat between around 4000 protesters and riot cops looked pretty heavy too, with over 100 arrested. ITN reported on protests earlier today, dunno if they've since covered the death?

Of course, the police actions may have been caught on CCTV, but if so then like the cops whose actions killed Ian Tomlinson...they'll have absolutely nothing to worry about.

Solidarity and vengeance against all killer cops. 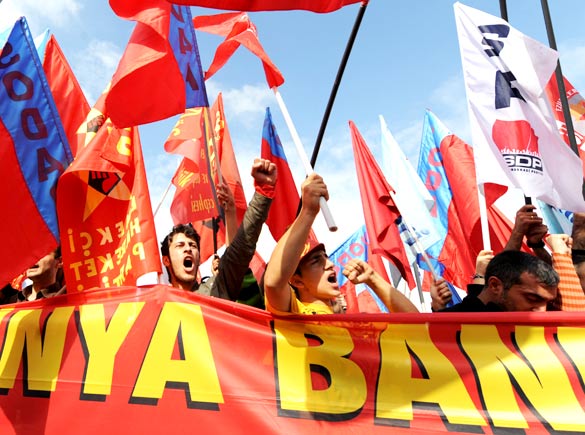 Demonstators against the IMF 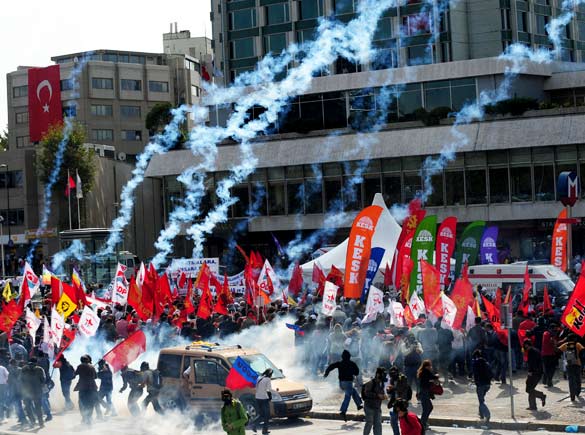 Tear gas rains down on demo 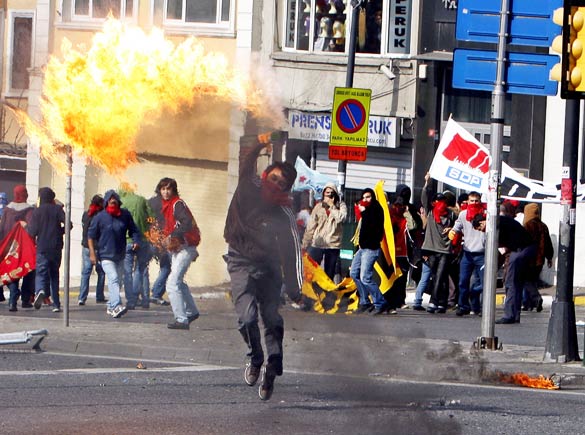 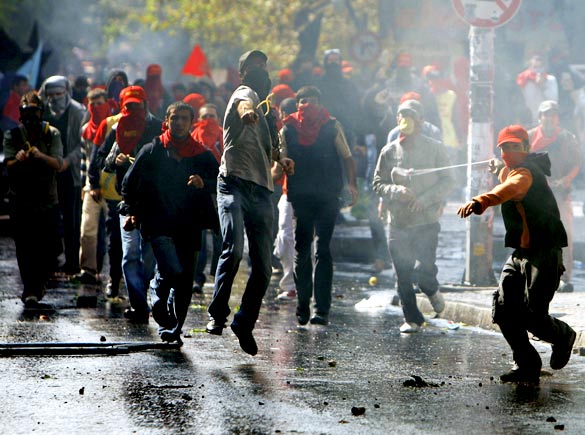 Fighting back some more with slingshots 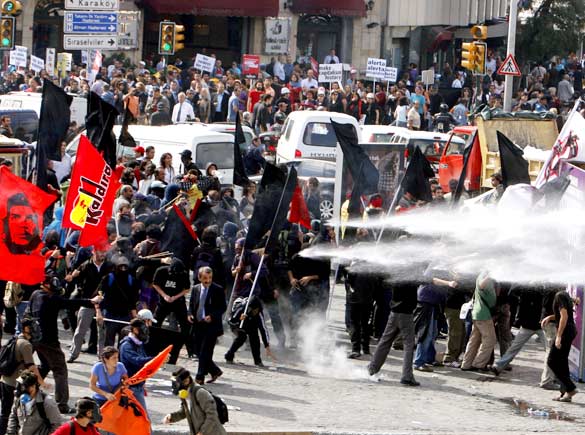 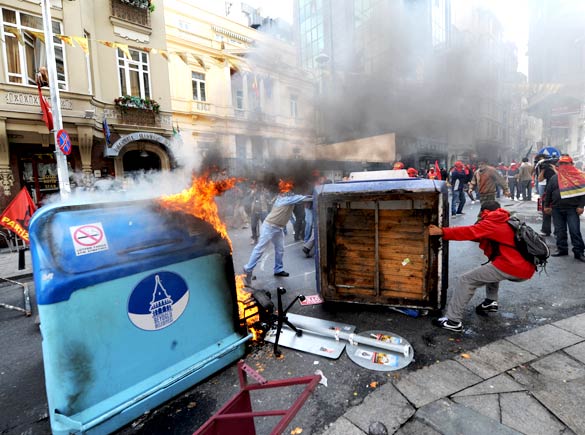 Erecting barricades against the cops 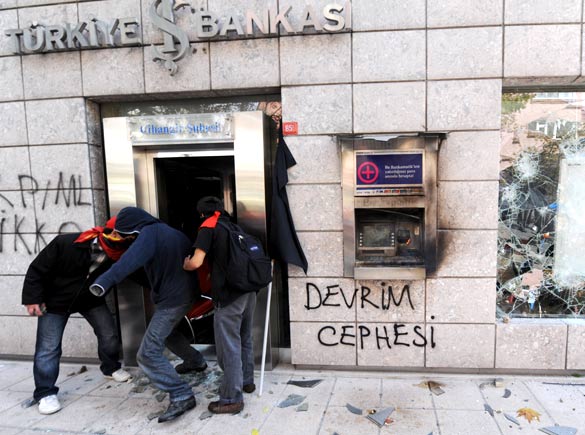 Trashing a bank or two

Video of cops firing gas into crowd, some water cannon action, people fighting back and then buring some dumpsters: