A Jewish peace activist was today found not guilty of using threatening and abusive words and behaviour and of assaulting a police officer.

Deborah Fink, a founder of Jews for Boycotting Israeli Goods was arrested on May 12th while protesting against the visit of Avigdor Lieberman, the right wing former nightclub bouncer, now foreign minister of Israel. 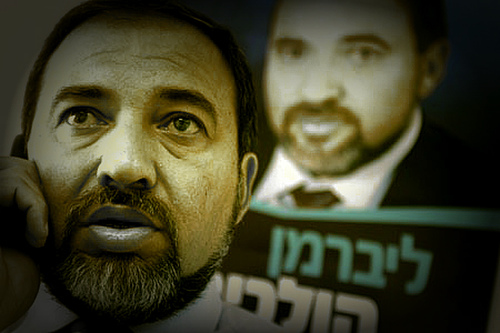 About 15 mainly Jewish protesters, between the ages of 25 and 70, had gathered outside a house in a residential street in South Hampstead where Lieberman was due to attend a garden party organised by the Jewish National Fund. Claiming that the demonstration posed a security risk, police officers demanded that the protestors move. When they refused, the police lifted and dragged protestors to a cordoned area largely out of sight of the venue.

Fink was vocal in her objections and put up a strong physical resistance when the police tried to move her, whereupon she was arrested. Fink, who is 5 foot 3, was later accused of assaulting one of the 6 foot
tall officers.

However, dismissing the charges, District Judge Baker ruled that in the circumstances, the police had no power to require the protestors to move and certainly not to move them by force. The demonstrators were protesting peacefully and posed no threat to public order. They had taken advantage of Mr Lieberman’s
visit to express their support for Palestinian human rights and disapproval of events in Gaza but had not sought to stop anyone from attending the garden party. In preventing Fink and her fellow protestors from exercising their fundamental right to protest, the police had not been acting in the execution of their duty.

Her solicitor, Simon Natas said: “This decision is an important endorsement of free speech . As the District Judge said, the right to protest is fundamental in our democracy. My client was absolutely entitled to express her views to Mr Lieberman and the police should not have interfered with that right'.

Fink, a professional musician, said: “I am pleased that I have been vindicated after several months awaiting trial. I will now be looking into taking action against the police not only for wrongful arrest, but also in respect of injuries sustained on arrest.”