Hundreds gathered yesterday in central Ramallah to protest against the PLO’s failure to approve the Goldstone Report into Gaza. Activists from a range of political backgrounds united in condemnation of a decision which senior politicians have described as a “grave mistake”. 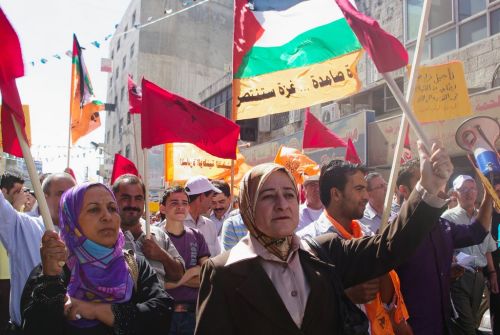 The march began around 11am with protestors waving banners and chanting in support of the report. Despite the peaceful nature of the demonstration there was widespread anger at the PLO, who many felt have let them down with this decision.