Gude Cause Anniversary March In Edinburgh

Here are 20 photos from the `GUDE CAUSE` march in Edinburgh which commemmorated the 100th anniversary of the Women’s Suffrage Movement Procession along Princes Street in 1909. 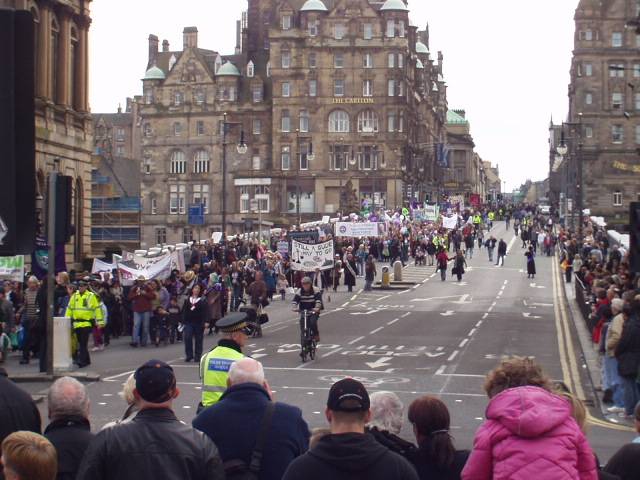 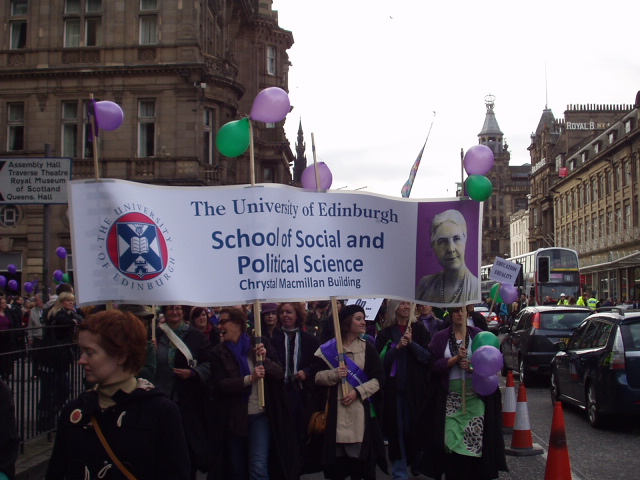 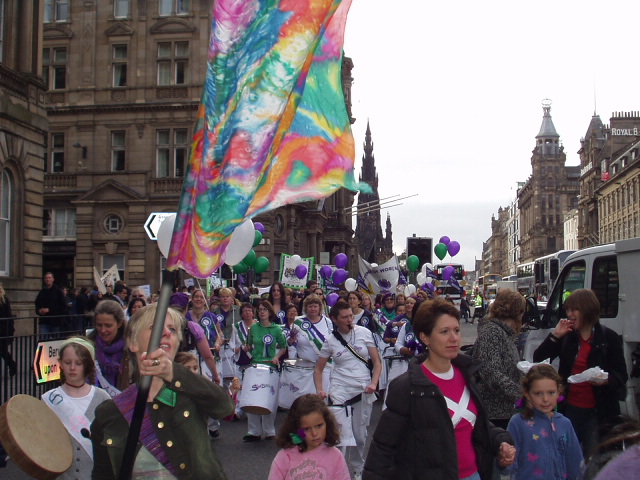 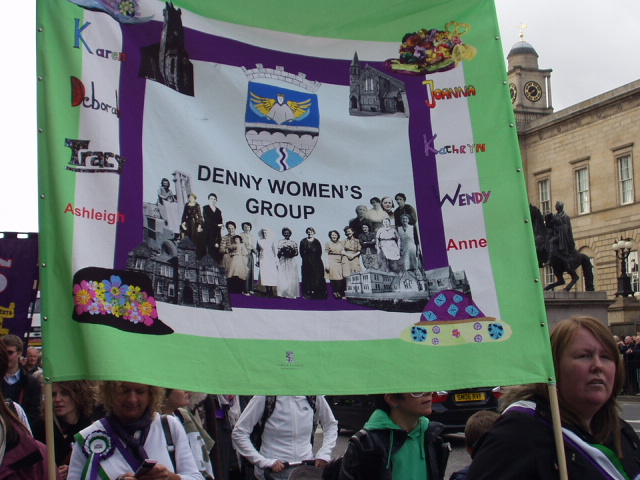 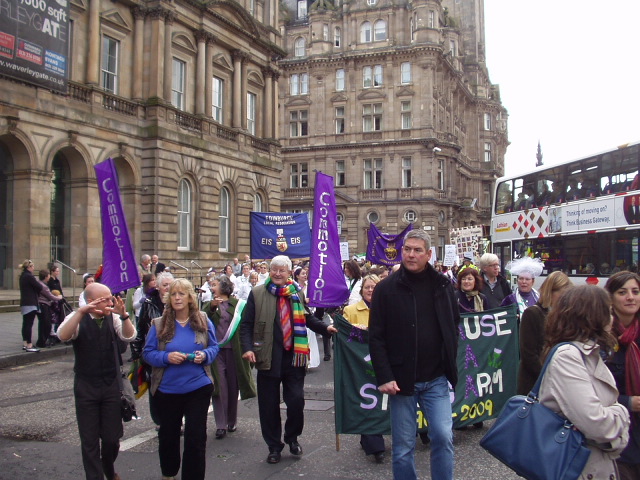 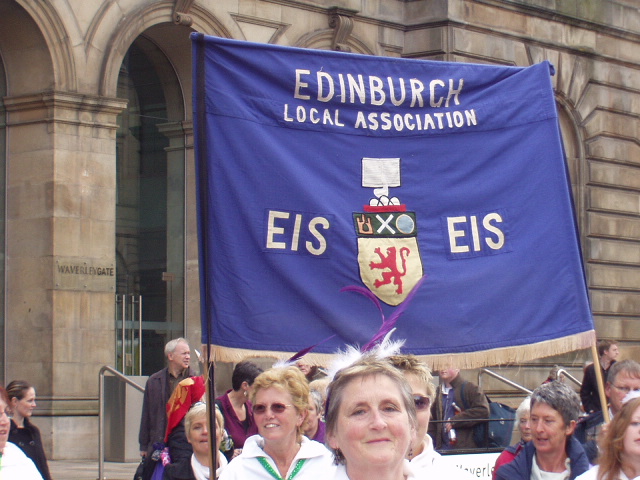 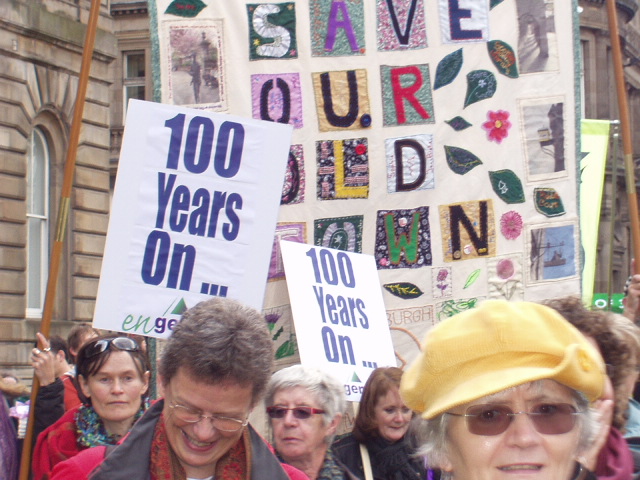 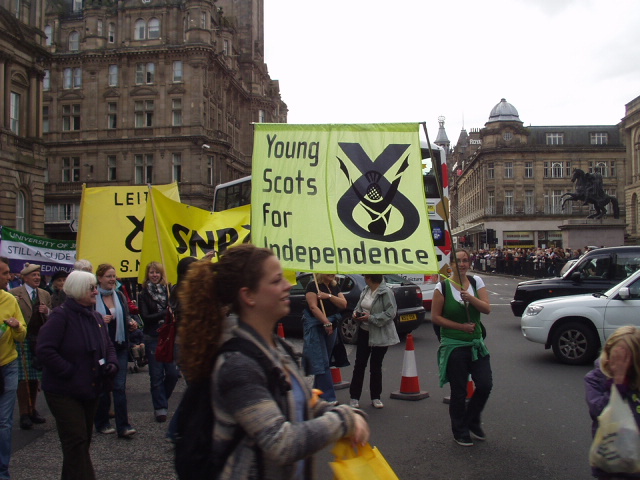 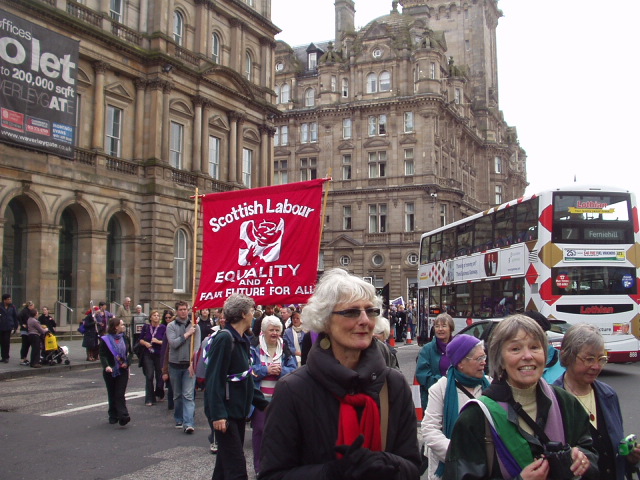 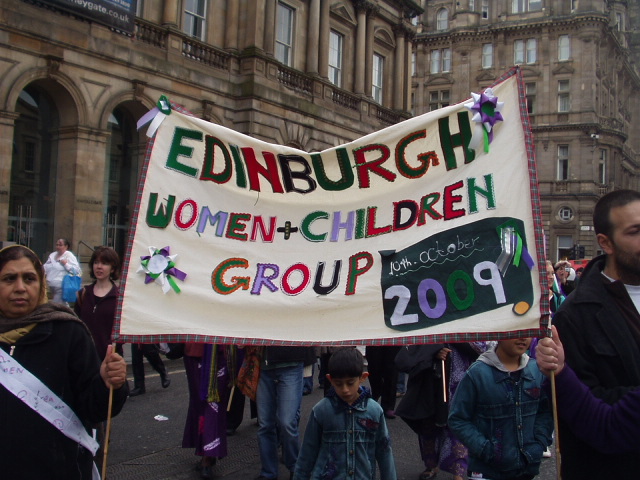 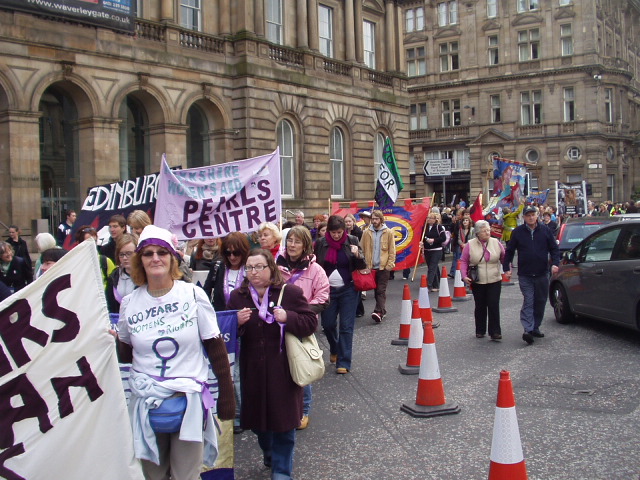 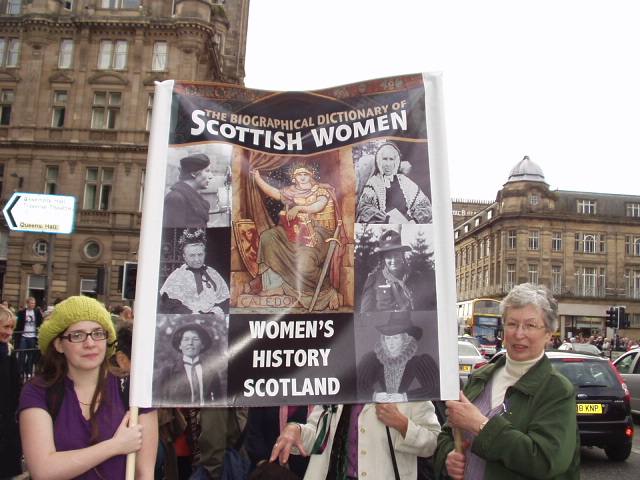 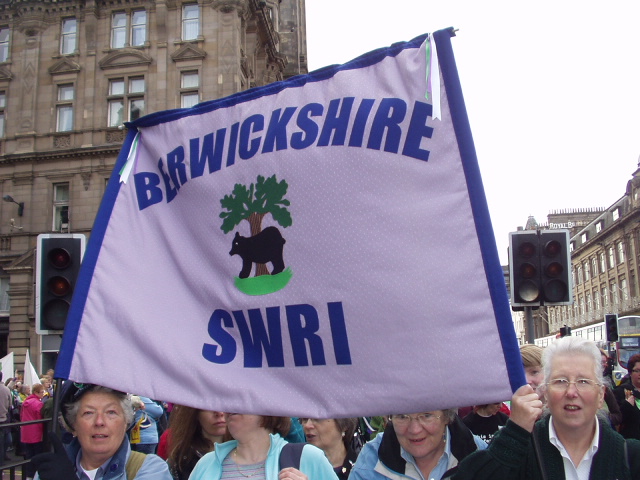 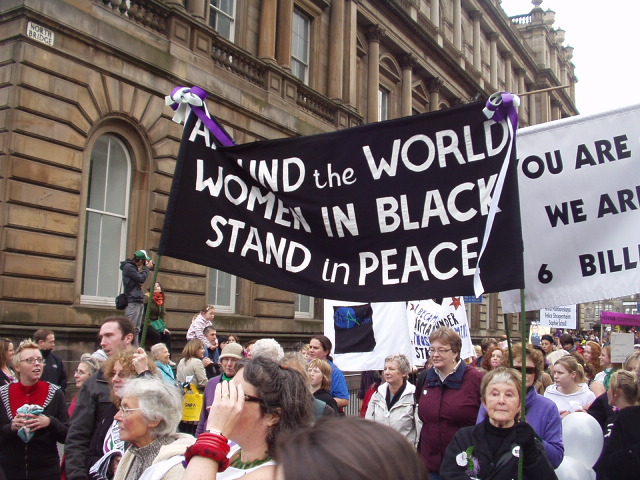 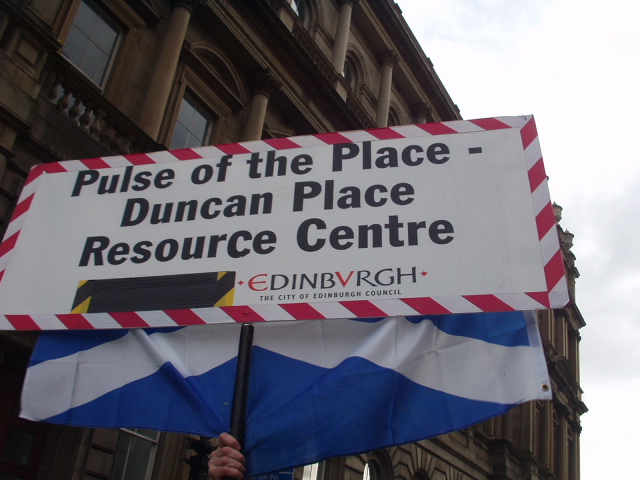 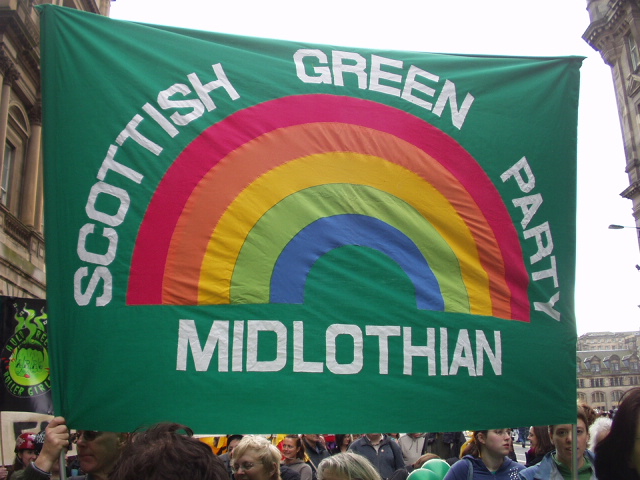 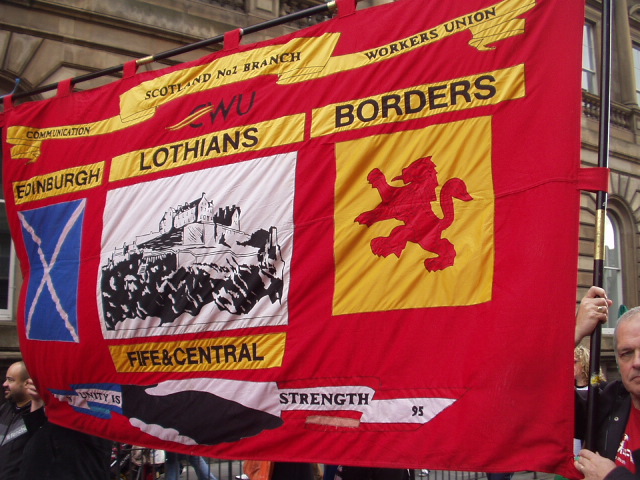 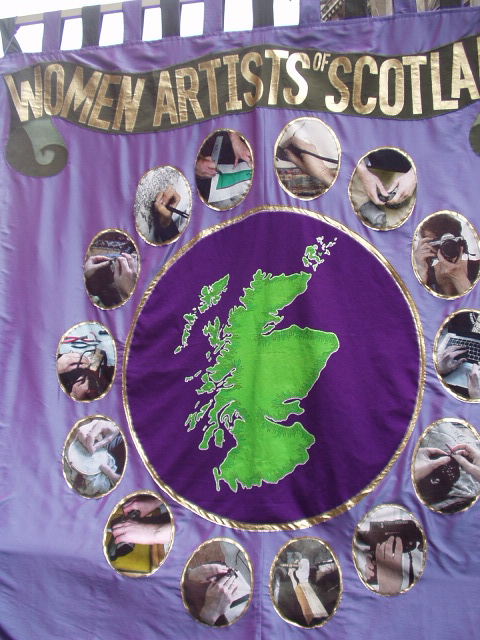 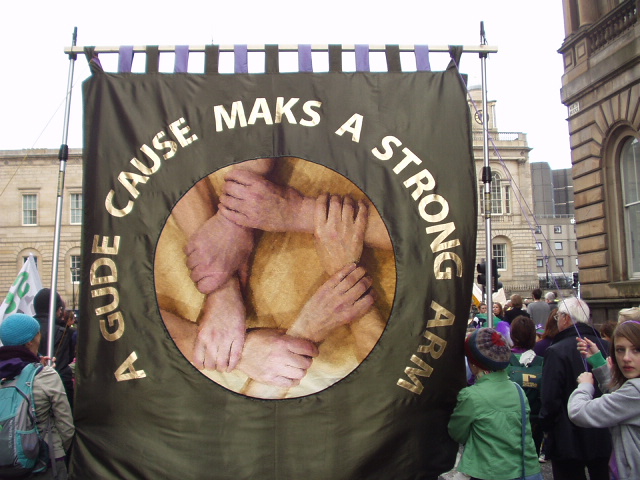 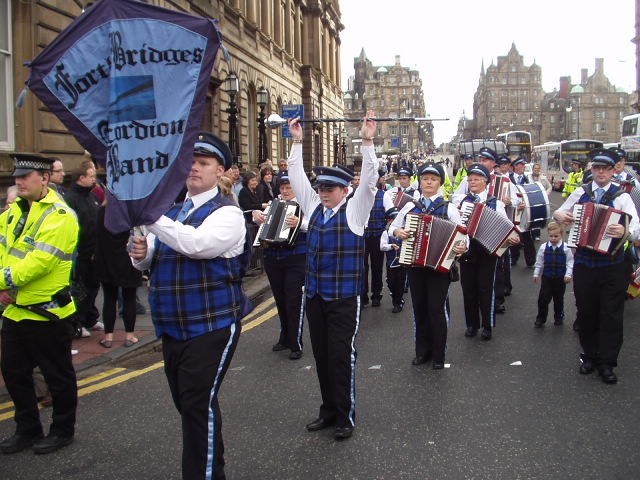 GUDE CAUSE ANNIVERSARY MARCH IN EDINBURGH

GUDE CAUSE was formed to mark the 100th anniversary of the Women’s Suffrage Movement Procession along Princes Street in 1909. The culmination of this celebration was a re-enactment of this march on 10th October 2009. However we hope that this will be the climax of a series of events in different parts of Scotland, not only to remember that event, but also to mark what has changed in the past century to improve women’s position in society and to draw attention to what still needs to be done.

About 2,500 people have taken part in a parade in Edinburgh marking a key suffragette demonstration which took place 100 years ago.

Participants carried banners and dressed in historic costumes in Saturday's re-enactment of the original march in the capital in 1909.

The movement was a fight for women's rights which lasted almost 60 years.
At the time hundreds of people took banners and flags to join a rally along Princes Street on 10 October 1909.

Women were finally awarded the vote in 1928, but on Saturday their fight was remembered as people took part in a re-enactment of that day.

It is the culmination of a summer of activities that has seen traditional protest banners and quilts being made, and a major exhibition about the movement at Edinburgh museum.

Tram works mean the procession could not follow the original route along Princes Street but it started at Brunsfield Links and finished at the top of Calton Hill.

Education Secretary Fiona Hyslop, who joined the procession, said:
"Without the suffragists and suffragettes we would still be stuck in an age when women couldn't own property, they couldn't hold public positions and they couldn't vote.
"The suffrage movement made a lasting contribution to Scottish democracy and society. They led the way for women to have their voice heard and towards an end to discrimination and prejudice."
Ms Hyslop said some of the biggest suffragette demonstrations were in Edinburgh.
"The city saw the first suffragette to be force-fed in a Scottish prison, Ethel Moorhead, imprisoned in Calton Jail," she added.
"I think she would have found it hard believe that one day the offices of the Scottish government would stand on that very spot, a government not only elected by women voters, but including women ministers."

Anne McGuire, Labour MP for Stirling, said: "I wouldn't be allowed to be a politician today without the struggle of the suffragettes.
"These women changed political life forever in the UK, allowing women to enter what was at one stage a male-only arena."