On Monday evening (12 Oct 2009) around a hundred protesters turned up for a demonstration at the DECC in London calling for an end to government subsidies for agrofuels because of their serious harm to communities and ecosystems and contribution to climate change. Photos Copyright (C) 2009, Peter Marshall, all rights reserved. 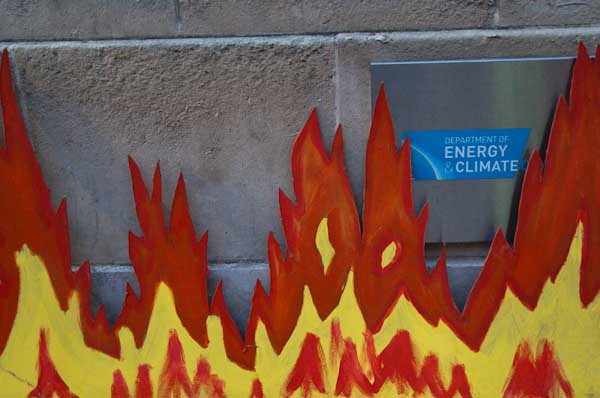 DECC goes up in flames 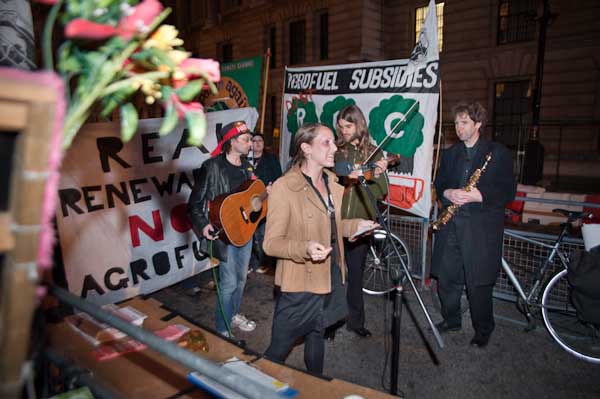 Agrofuels don't Roc(K) - but there was music 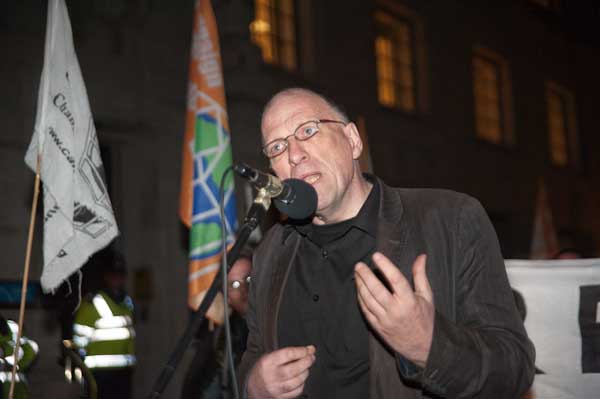 Joh Stewart warns us on air transport and agrofuels 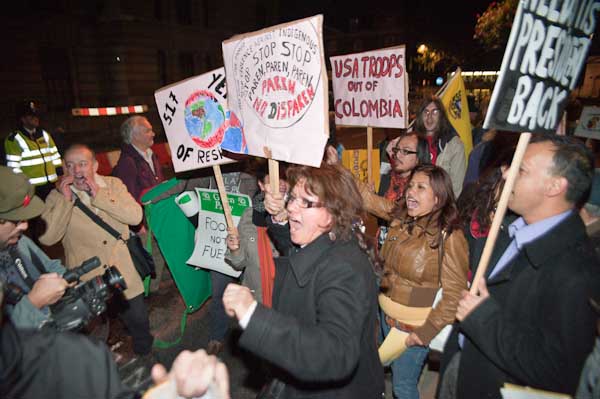 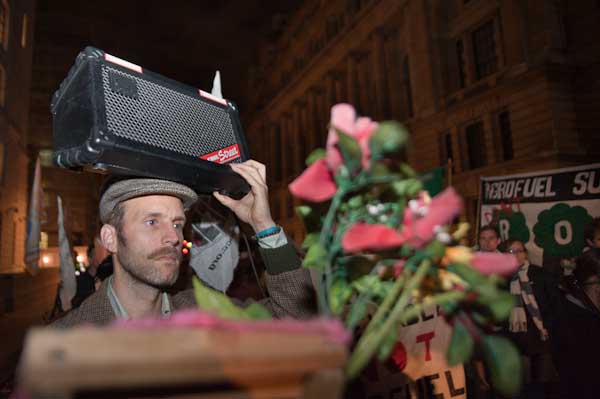 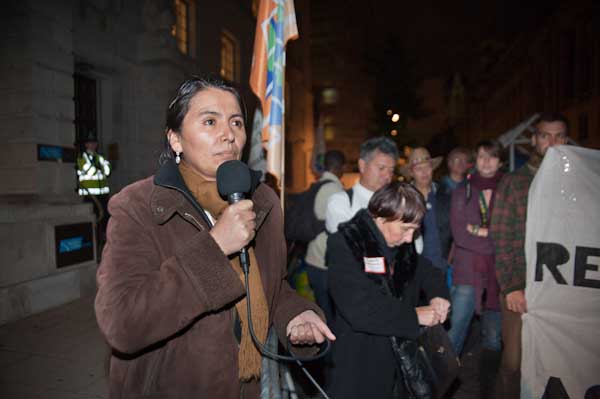 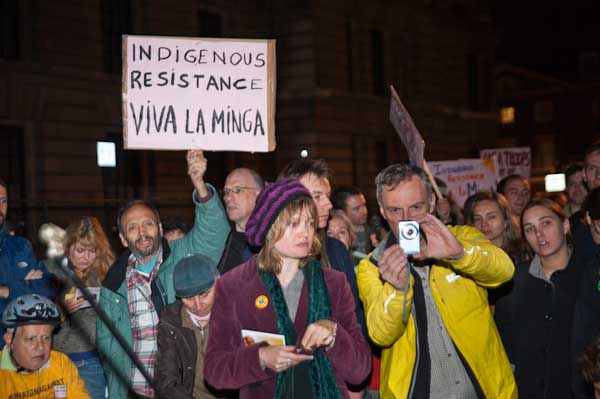 he 'Agrofuels Don't Roc(K)' demonstration was later joined by demonstrators who had been demonstrating in the 'Global Mobilisation for Mother Earth' called by Andean indigenous peoples, also showing their opposition to agrofuel production.

The UK Government is diverting renewable energy subsidies (Renewable Obligations Certificates – ROCs) to subsidise power stations that use 'agrofuels' which are destroying the environment across the world. To make their use economic they give twice the subsidy to fuel produced from overseas palm oil than goes to the equivalent amount of energy from wind - one of our major renewable energy resources. The protest called for these monies to be put to truly green uses and for an end to biofuel folly.

Agrofuels - crops grown to produce fuel, largely for transport - were once simplistically seen as part of the solution to the problems of our environment, but fuller studies have shown that they cause serious harm to the climate, wreck communities whose land is taken for their growth, destroy biodiversity, replacing complex natural ecosystems by agro-chemical based monoculture, and by replacing food crops, cause starvation.

The EU Directive 2003/30/EC which comes into force in 2010, requires all fuels to have a 5.75% bio content. Based on poor and out of date science, it will have disastrous results.

Agro-fuels provide a means for industrial countries to continue 'business as usual' by exporting their environmental problems to the non-industrial south, buying up land and displacing food production and creating 'biofuel refugees' of indigenous peoples. A UN source has described it as a 'crime against humanity.'

Among the speakers was transport campaigner John Stewart, who warned that the air transport industry see agro-fuels as their salvation of their industry, allowing them to continue offering cheap flights and increasing air traffic, while pretending to be green.

The rally was also addressed by a speaker for the 'Global Mobilisation for Mother Earth' who described the problems faced by indigenous peoples in Latin America and the unified action by the peoples - the Minga - "to 'liberate Mother Earth' from the destructive alliance between multinational corporations and local elites", particularly in mining and agrofuel production, and the struggle for "a dignified fuitre for their children and their communities" (quotes are from the Coordinadora Latino-Americana leaflet.)

More pictures shortly on Demotix and later on My London Diary.