Protest Against Deportation to Iraq

Activists from International Federation of Iraqi refugees and Stop Deportation Network spoke and called for an end to all deportations to Iraq and to free the detainees. Links were drawn between the British governments invasion and occupation of Iraq and the use of immigration policy to attack Iraqis within Britain. A detainee facing removal spoke to the crowd and asked for help, saying their human rights were being denied with this deportation.

Early the next morning the deportation was begun- detainees were woken in the night, their phones confiscated, they were loaded onto coaches. There have been reports that as some of the detainees tried to prevent their forced deportation they were violently attacked by guards from G4S Security. The coach company used was WH Tours and the airline was Air Italy.

A wide range of different organisations have supported this fight against deportations to Iraq - but more support is still needed if we are to stop future deportations as the British government moves to deport more people to Iraq. 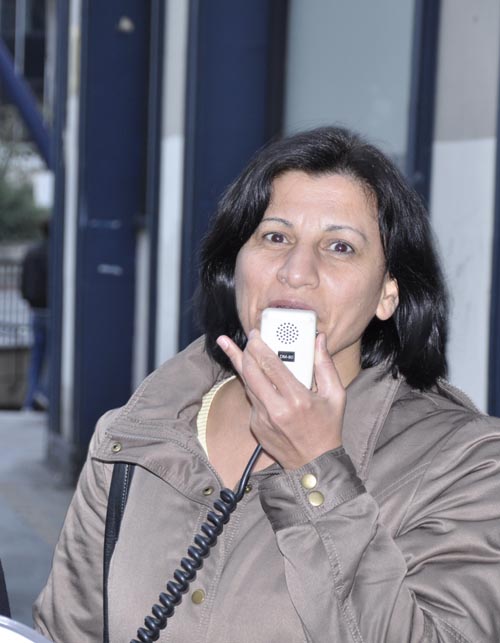 Speaking at the rally 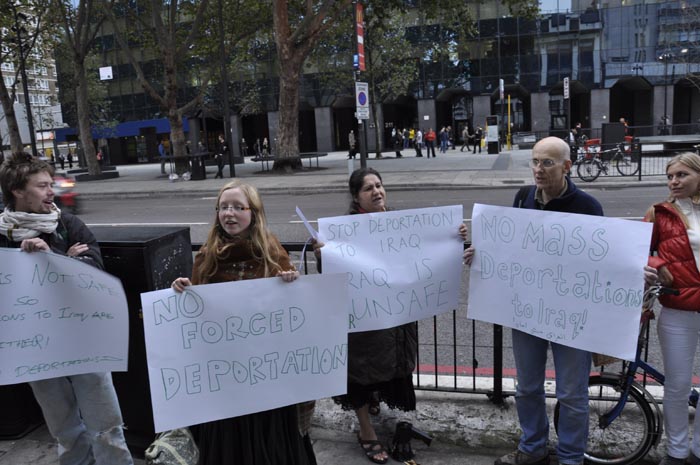 No deportations to Iraq!

and don't forget there is a second demonstration called for Saturday at 2pm, Parliament Square.