#
#bike #swoop heard cops: they're trying to kettle us at an entrance on th A453
by tristamsparks via twitter

#
Fences down on east side of Ratcliffe — go go go! The best attack is a good de-fence... #swoop
by climatecamp via twitter at 12:53 PM 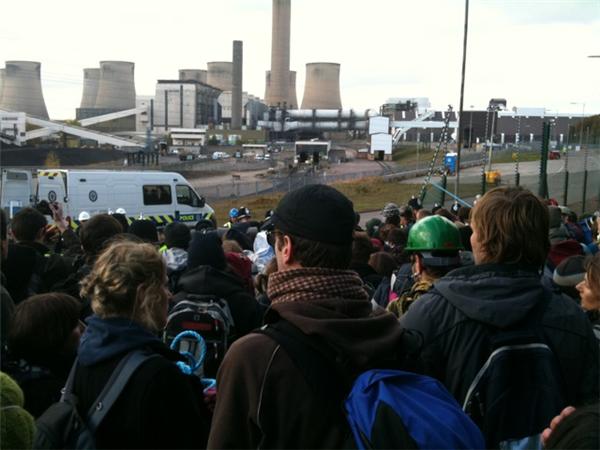 Fences down, people inside on coal heap.... 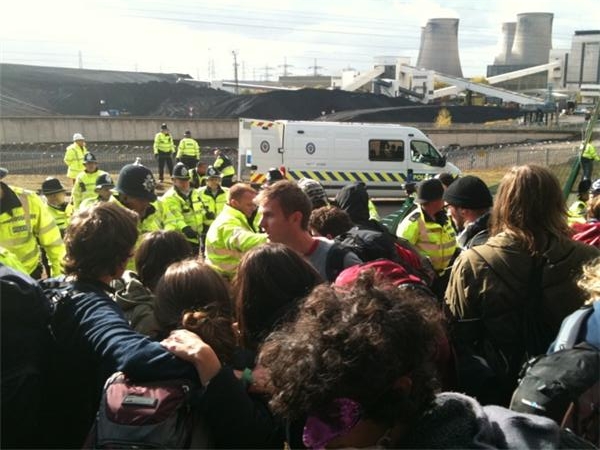 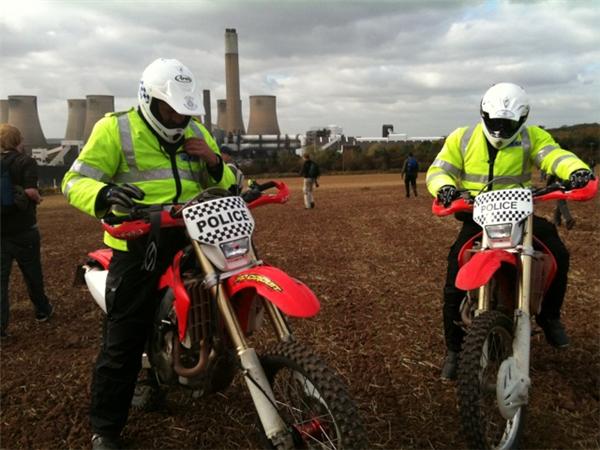 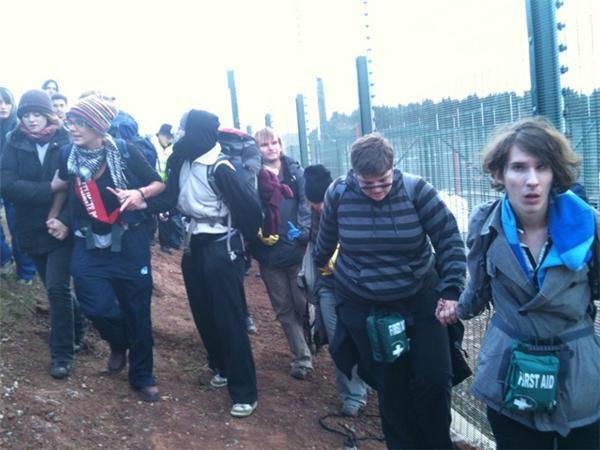 dogs may be deployed 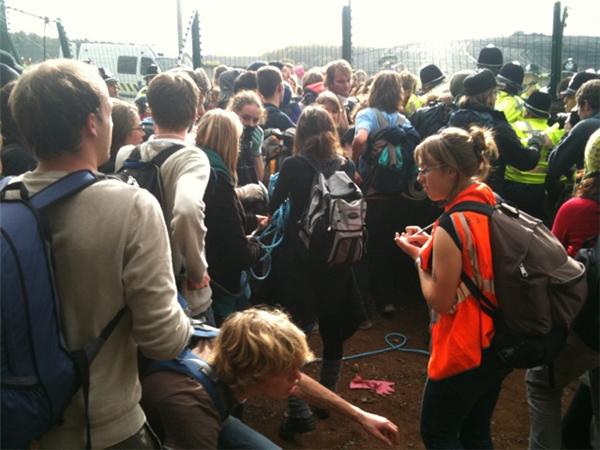 #
Threatening dogs will be deployed #swoop twitpic.com lots of FIT but we remain undeterred as our future is at stake
[save]
by climatecamp via twitter at 1:32 PM

#
#swoop "protestors we will use force and dogs to remove you!" said the friendly policeman!
by ActionAid_Team via twitter

#
The #swoop rolls on, with at least 2 breaches in the fence, and 3 lucky swoopers inside! 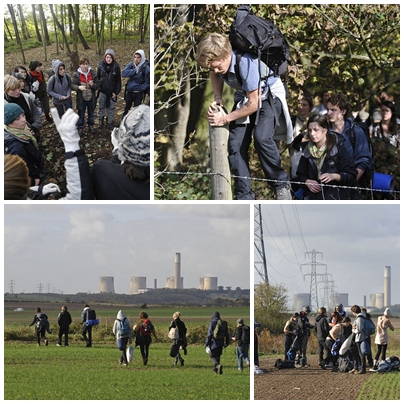 #
demonstrators should disperse as operation moves to new phase, sky.com
by cctwitz via twitter at 2:15 PM

#
Sky News claiming #swoop plans to disrupt supply to thousands of homes. #medialies
by ClimateSwoop via twitter at 2:12 PM

#
Ch Insp Linda McCarthy on BBC telling 'peaceful' protestors their chance to leave is now. #swoop
by ClimateSwoop via twitter at 2:11 PM

#
Awesome work on Swoop 1, many fences down! Prepare for Swoop 2, about 3pm. #Swoop on!

(Currently at 15:15 the second mass swoop attempt is underway with reports coming in of more sections of fence being pulled)

Pics from inside woods approaching Ratcliffe 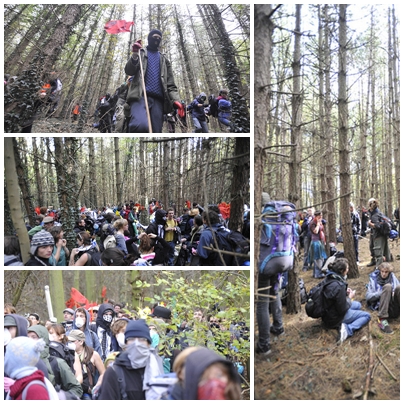 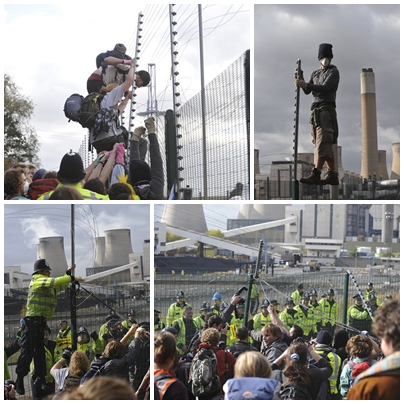 16:00 Update multiple breaches in fence reported - apparently a police oficer has collapsed and an ambulance has attended quickly - this follows the collapse of a man earlier in the day with a suspected mild heart attack and reports that obtaining medical assistance was difficult. 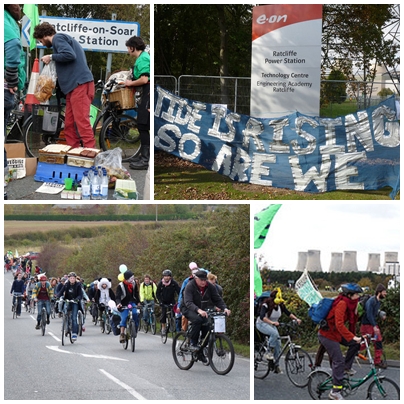 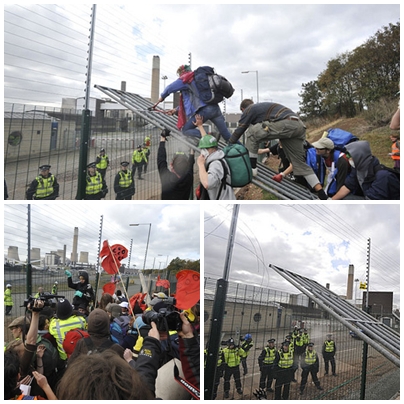 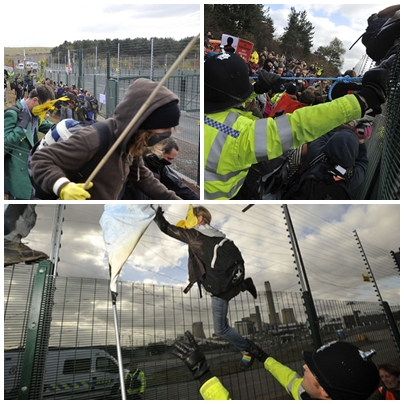 Repeated, persistant and passionate fence dismantling been going on all day around Ratcliffe power station. Bolt cutters, grappling hooks, ropes, fencing used as ladders, climbing, jumping, pulling and pushing. An amazing display of determination to stand up and be counted against the root causes of climate chaos... 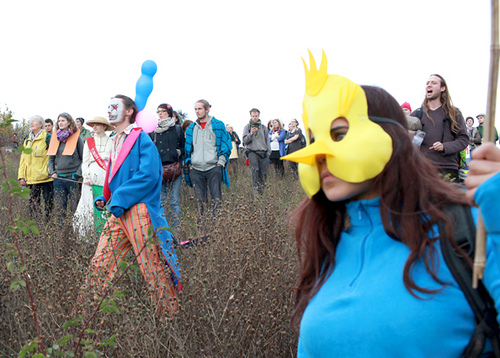 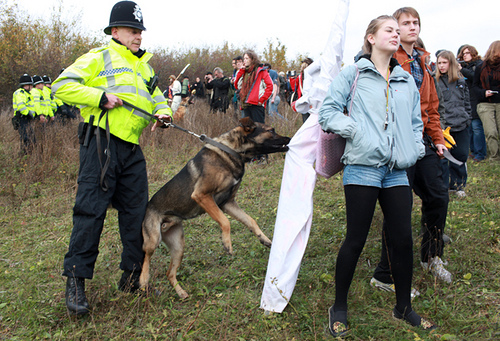 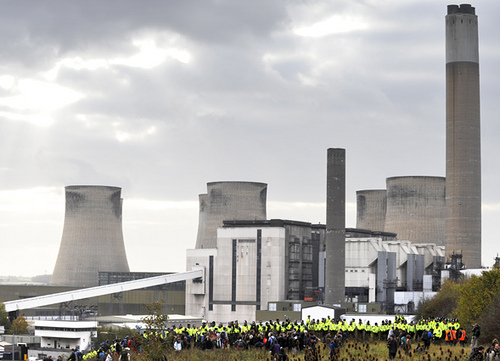 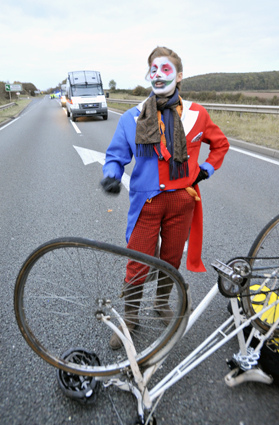 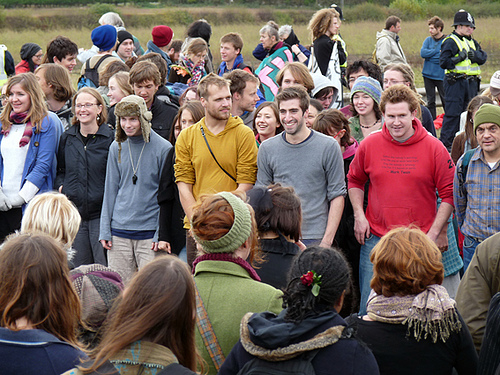 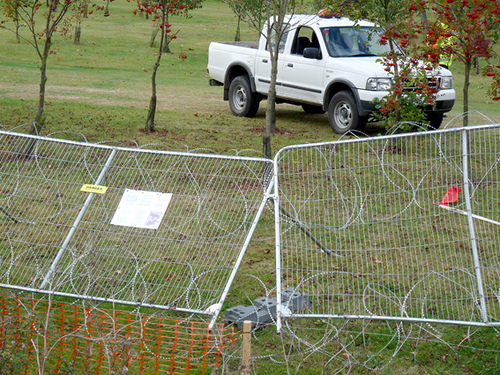 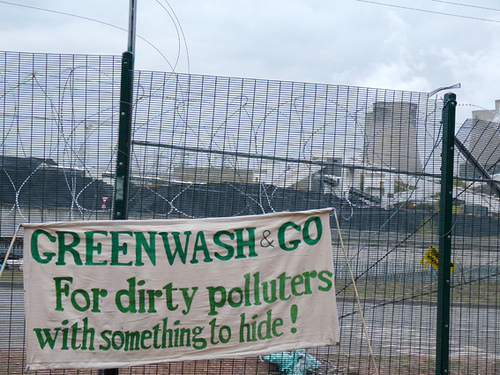 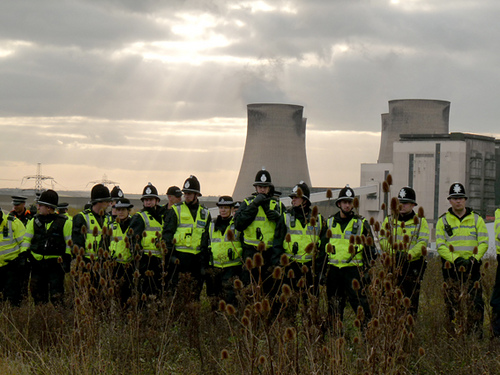 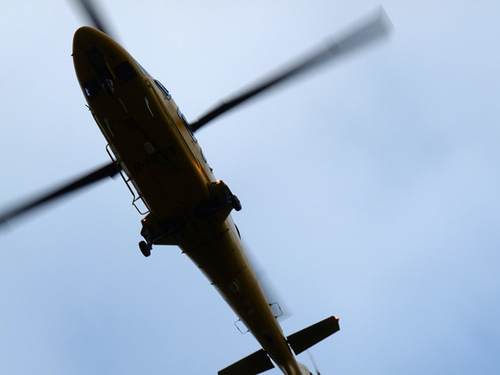 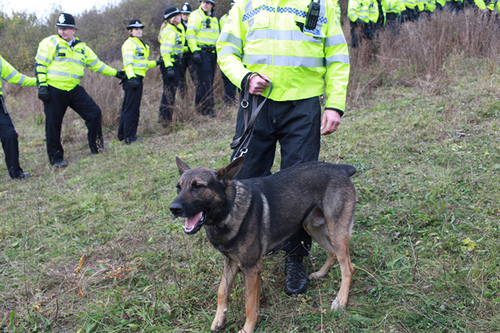 Afternoon Future - Direct Action 4 Us All 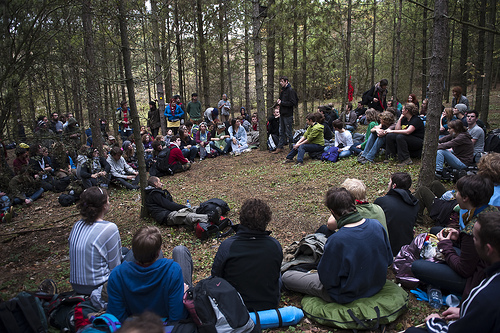 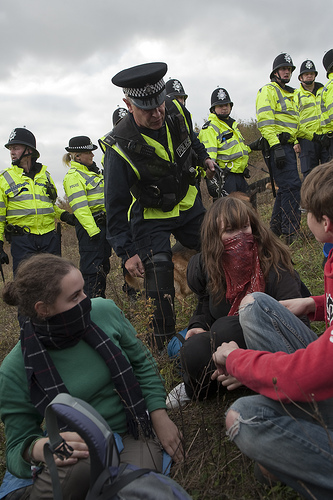 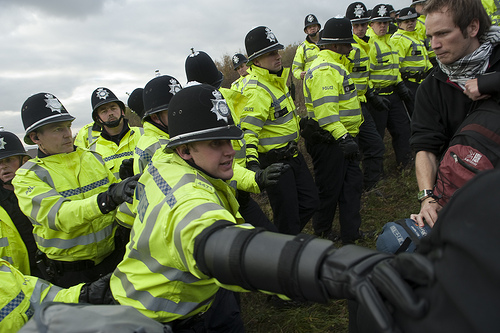 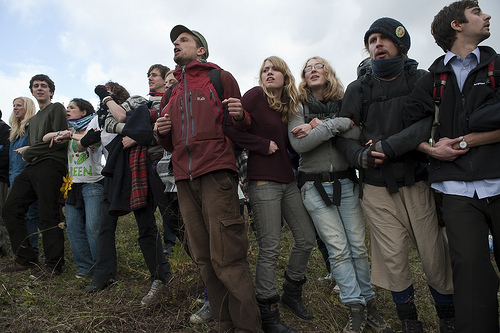 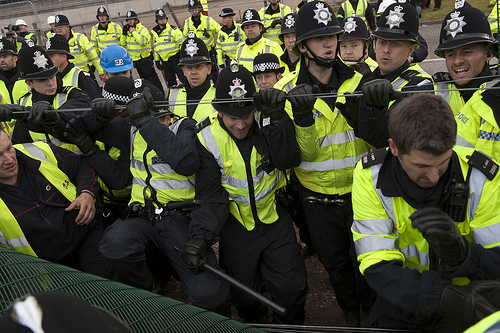 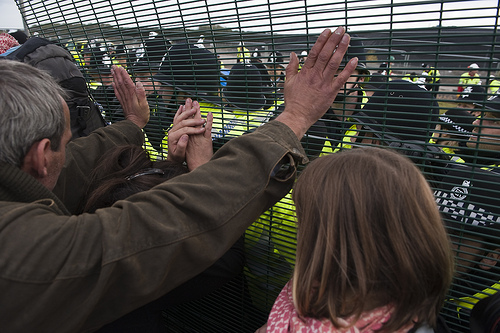 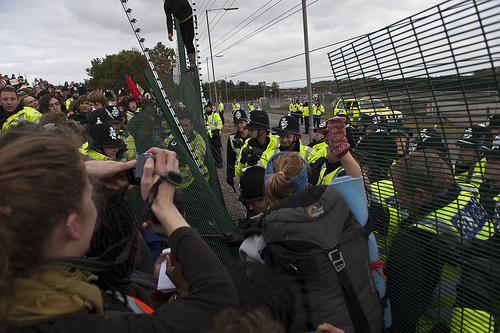 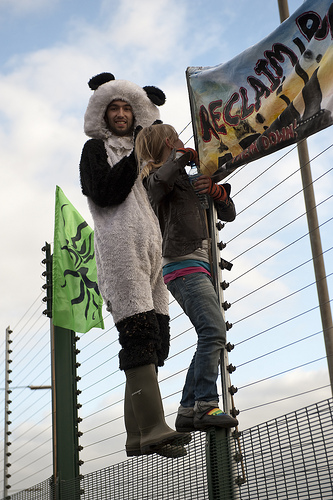