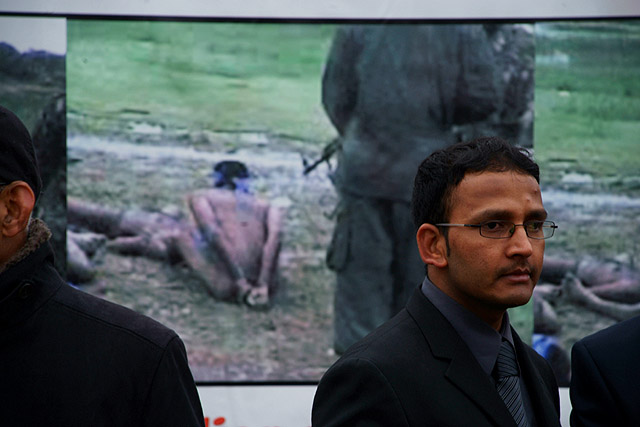 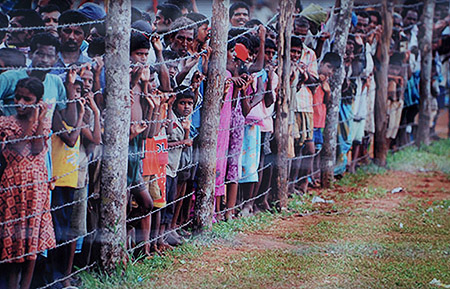 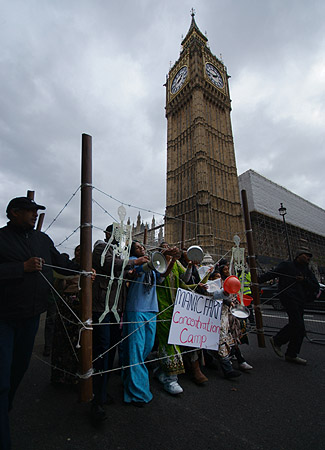 Walking past the Parliament. 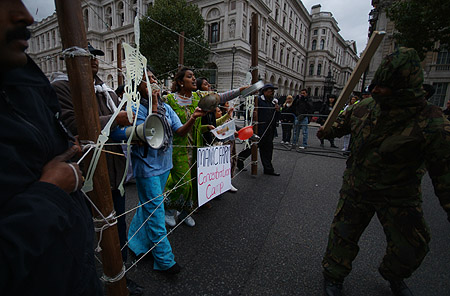 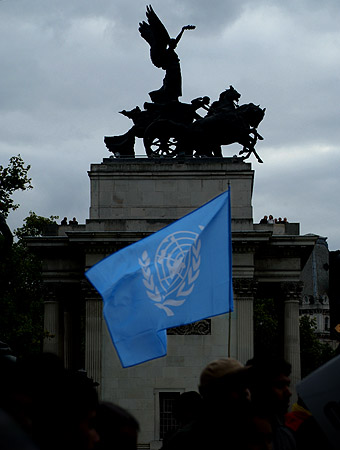 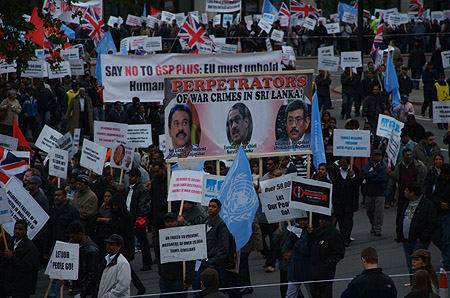 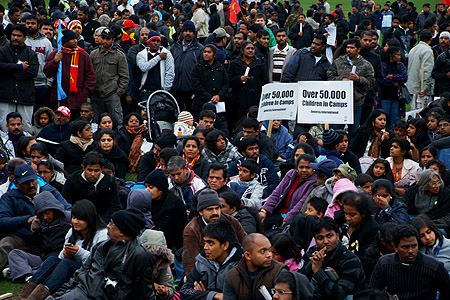 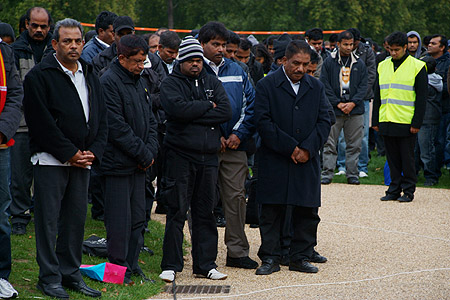 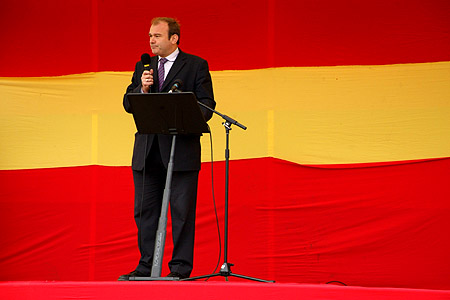 At present, the appalling brutality of the Sri Lankan Ultra-Nationalist government plays out another histrionic episode, the forced incarceration of hundreds of thousands of Tamils in concentration camps on the island.

Despite international pressure, the Sri Lankan government continue their policy of eradicating the representatives of the Tamil nation by filtering out LTTE sympathisers from within the camps, many of whom are now missing and unaccounted for.

The protest demands that the Sri Lankan Government release those incarcerated immediately.