Who is the average EDL supporter? An little investigation

We have been looking at the EDL pages on facebook, and EDL members statements and images. Doing so we stumbled across a local EDL member whose facebook page was public! Looking at it is very revealing. This guy is just an average EDL supporter, not a leader, and as far as we know, is not an active fascist or a threatening person. But he is a racist and displays symbols that support the BNP and the Ku Klux Klan on his face book page. 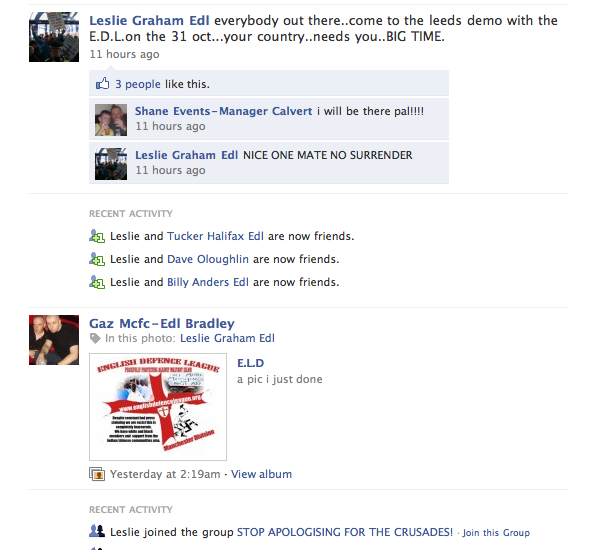 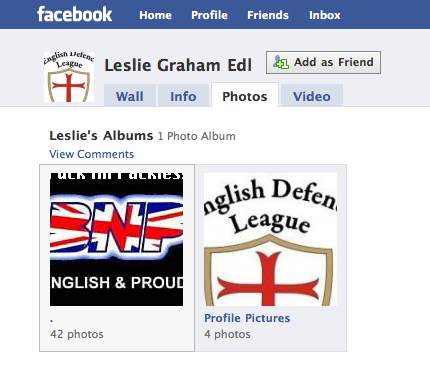 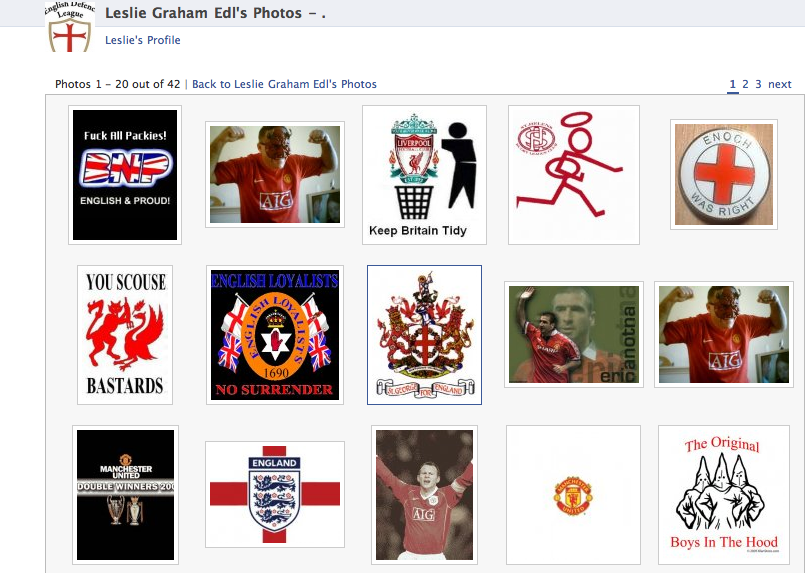 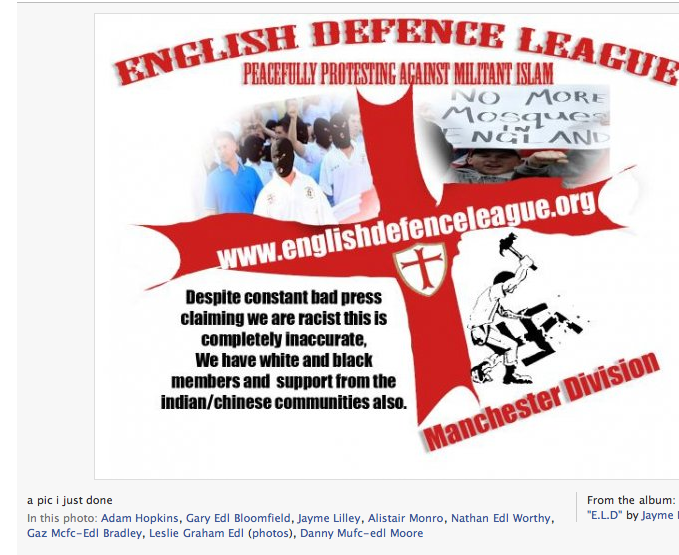 You will note from these screenshots below that this lad has loads of EDL contacts (they all usually append 'EDL' to their facebook names). This one is friends with 'Tommy Robinson', a key EDL leader, along with many other prominent EDL names.

You will have noticed the EDL spokespeople are eager to insist that the EDL is 'not racist' and not against all Muslims, "only the extremists". This has become their mantra, some would say their ill fitting disguise. Ironically, a prominent EDL image on facebook that includes anti-fascist symbols to make this point has had this individuals name tagged onto the image for distribution! As you will also see, this individual is calling on all his friends and associates to come to the Leeds EDL demo on the 31st Oct. Will the EDL distance themselves from this guy and others like him - or would that see most of their supporters ditched?

This expose would not work if we scrubbed out the individuals name from the screenshots. However, we must make clear that we do not wish any harm to this individual, and would be against any attempt to witchunt or otherwise hurt him. This is merely to show what the facebook page of your average EDL footsoldier looks like - and its not pleasant. It is also to alert people to what may happen were the EDL to be unleashed unopposed. Many of their members have extremist, fascist and racist leanings. This is not just a force against Islamic extremists, but against all Muslims, and often against other racial, religious and ethnic minorities.