A group of nearly 20 students took part in a non-violent intervention against the arms company BAE at today's University-wide careers fair, by staging a die in and handing out leaflets to passers by. The group, members of University of York's DISARM campaign, used the action to highlight BAE's impending trial for corruption.
Armed with leaflets revealing BAE's role as the world's 4th largest arms manufacturer, the group entered the University's prestigious show piece exhibition center at 12.30 and proceeded to stage a "die in" right in front of the stall. Bewildered BAE recruiters hastily summoned campus security, who over-reacted in style with threats of arrest for aggravated trespass.

University of York, not known for its radical activism, has around £1million invested in shares in BAE Systems through its arms-length pensions trust. Last year, as a result of the DISARM campaign, students forced the University to adopt an ethical investment policy, but rather than call quits, students are preparing to continue the campaign of awareness and action through this year.

Students continued leafleting outside the center, before disbursing. No police ever arrived and thus no arrests were made. Campus Security are clearly unhappy with what happened. Photos awaited. 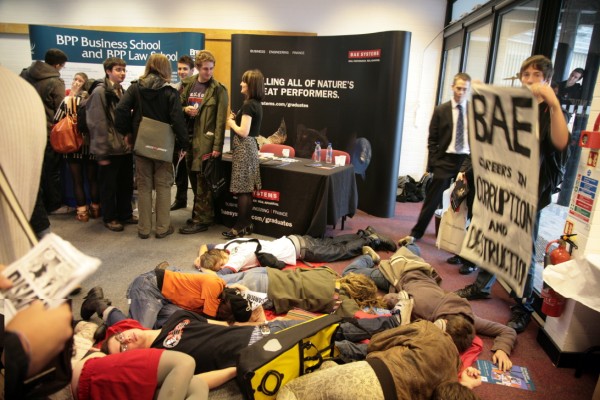 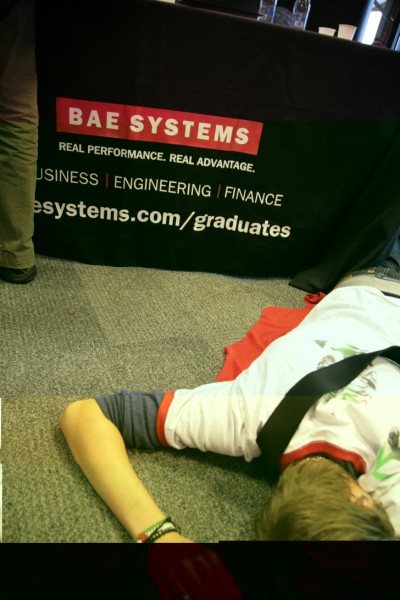 Careers in Finance? Or Corruption? 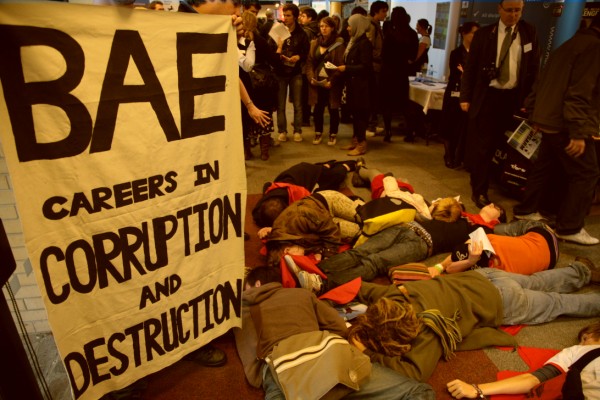 Some pictures of the action...