Here is my report with 20 photos of the anti-war march in London on Saturday 24th October 2009. More photos from the rally and from the subsequent march to Downing Street will follow shortly. 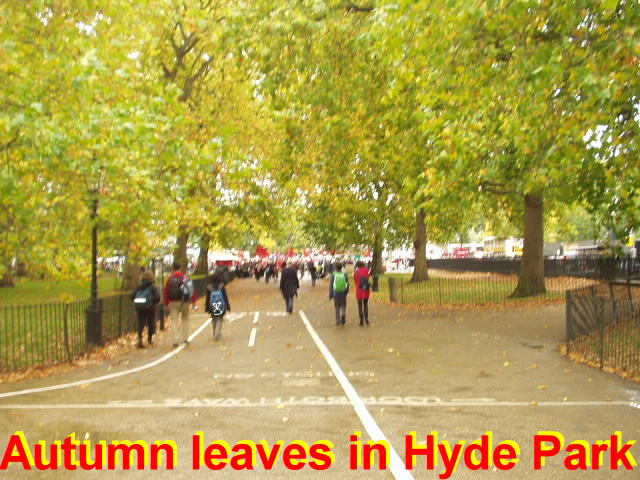 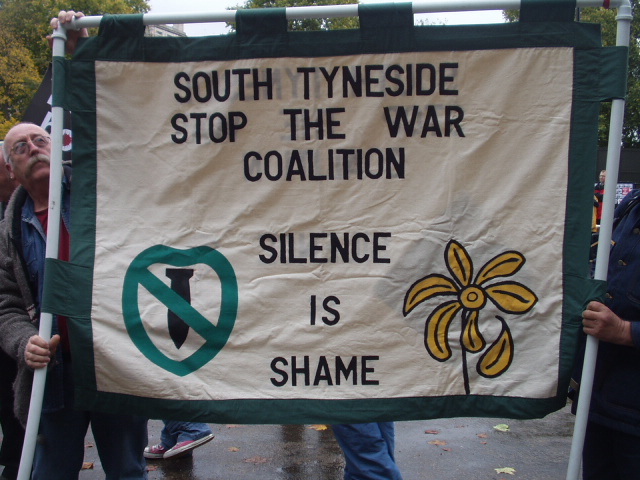 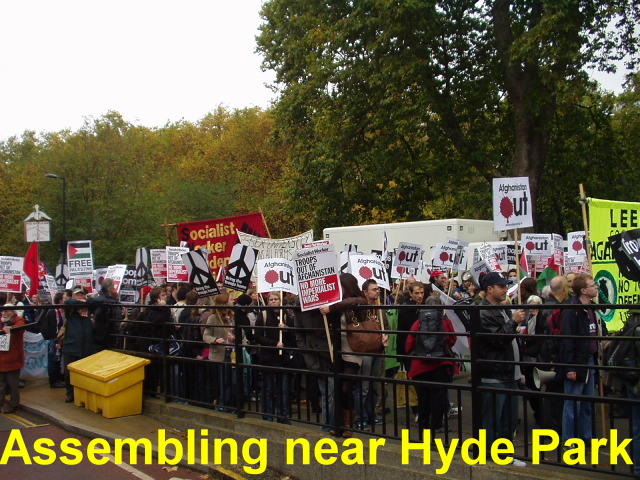 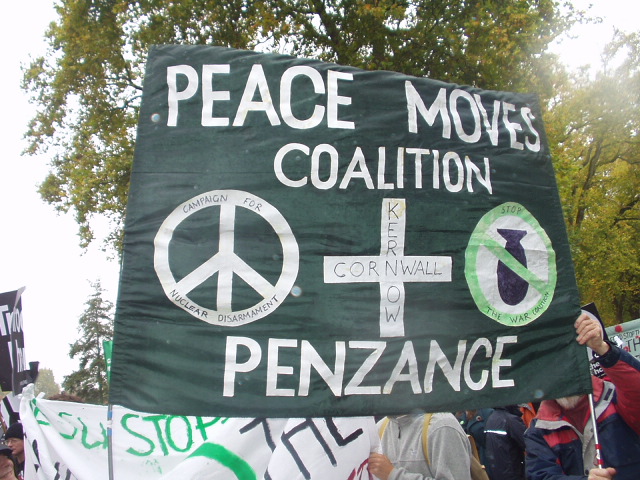 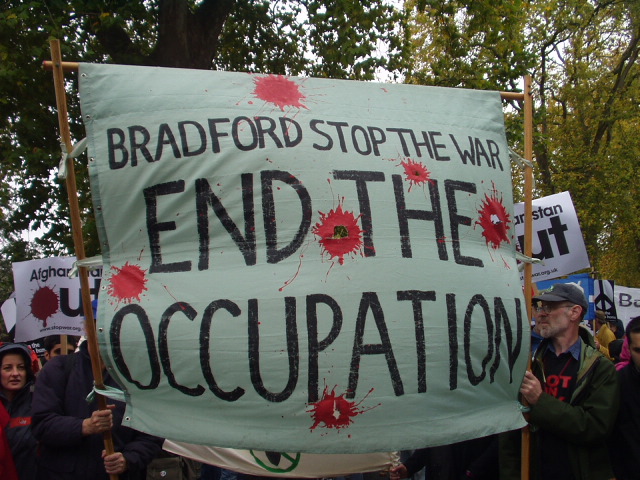 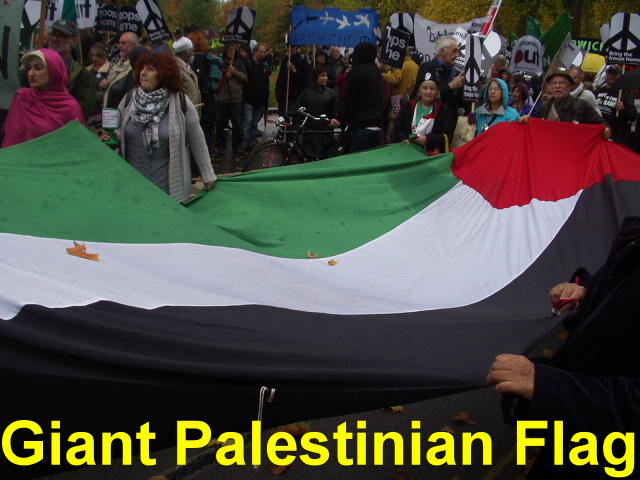 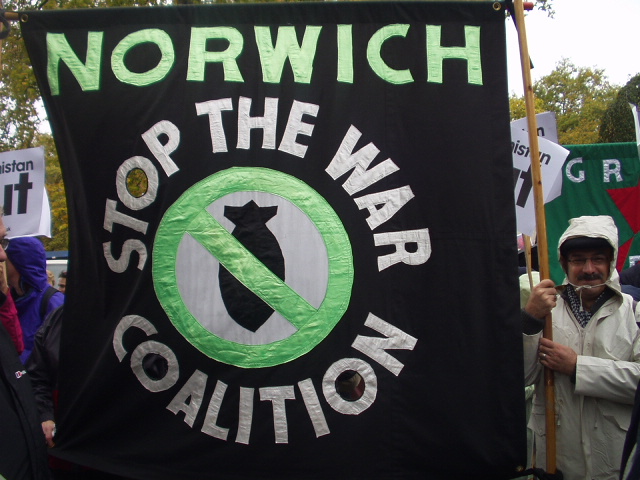 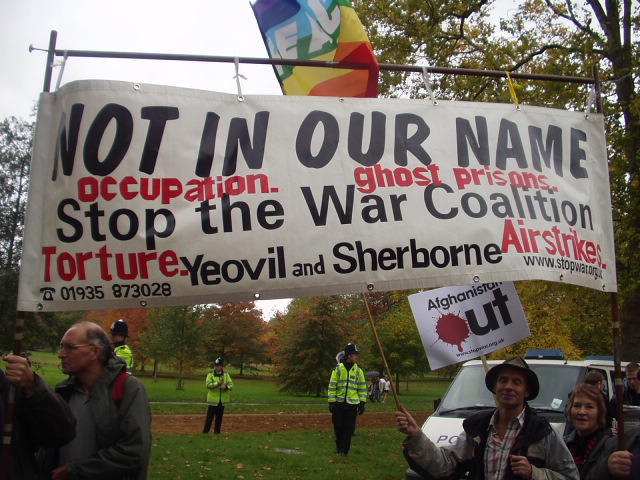 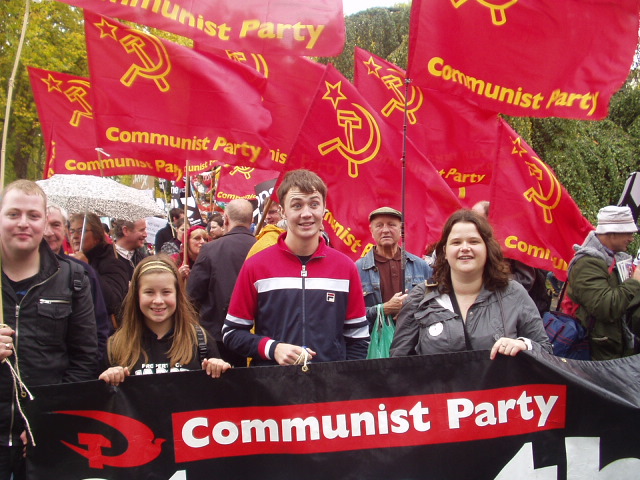 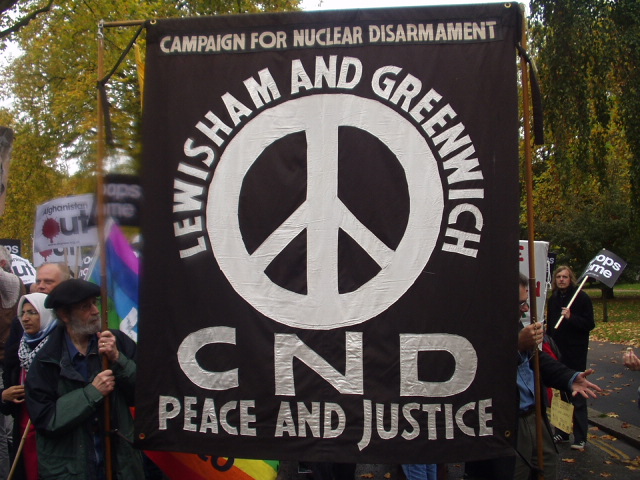 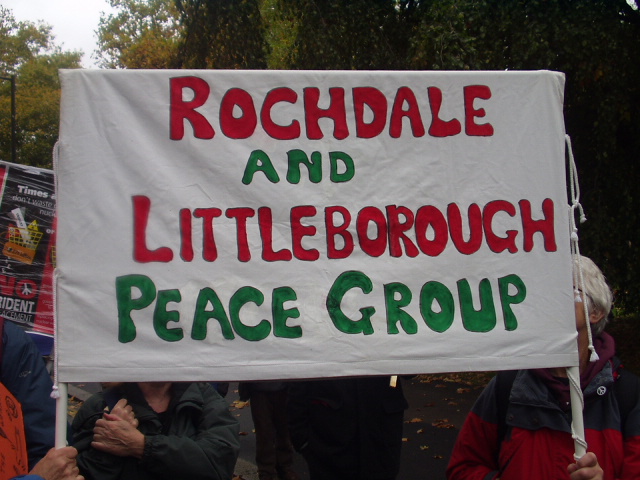 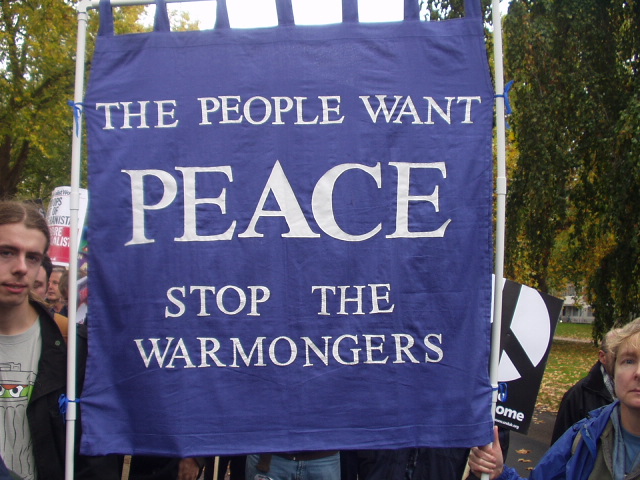 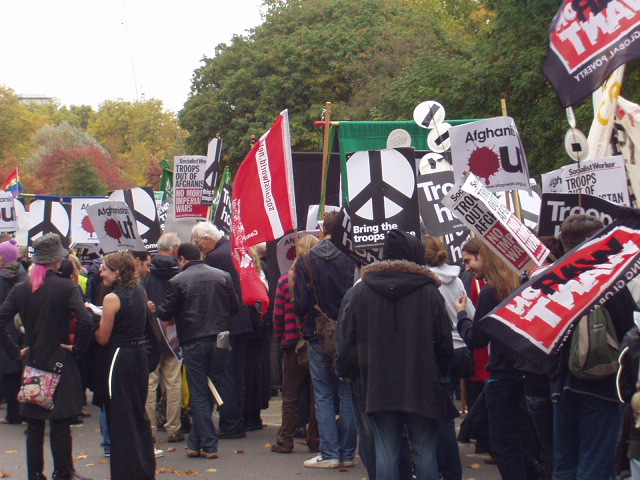 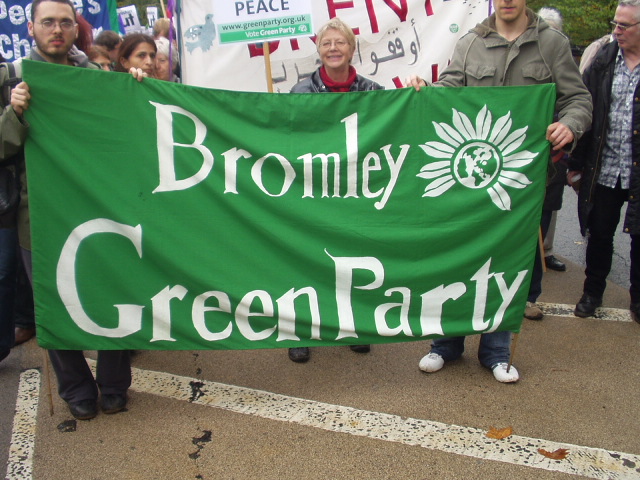 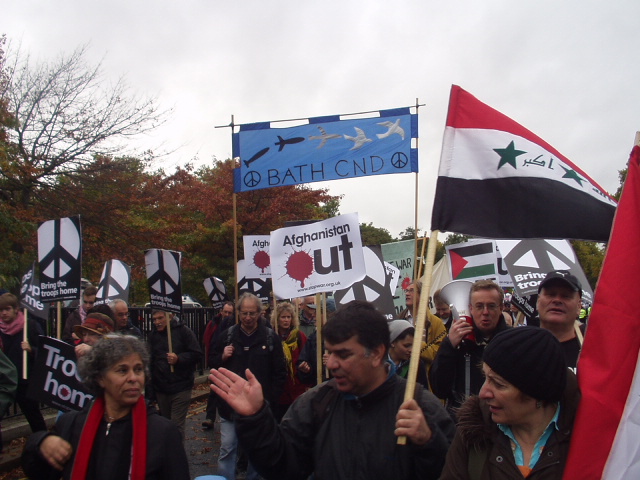 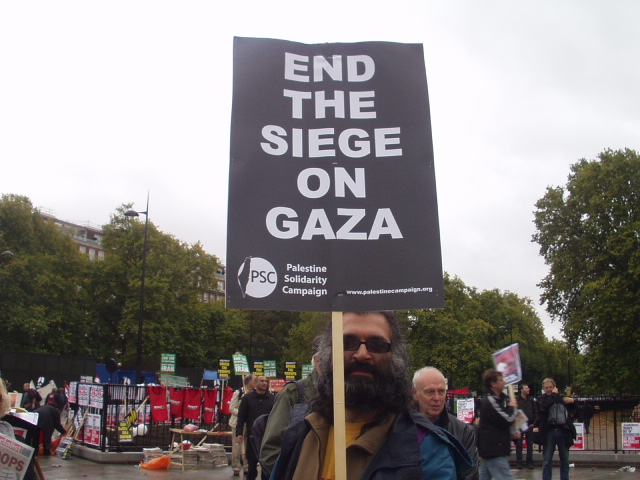 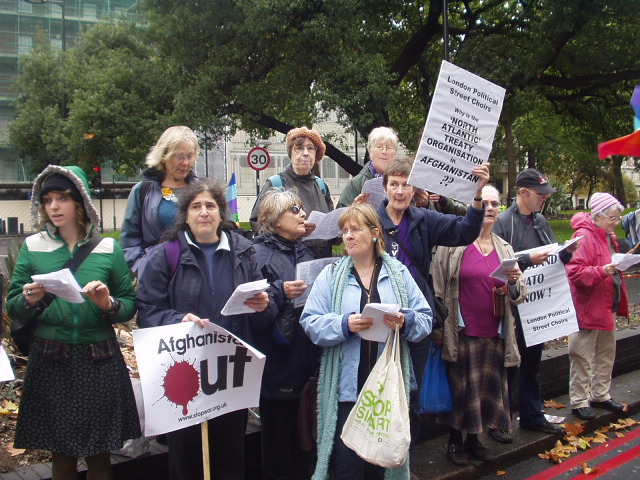 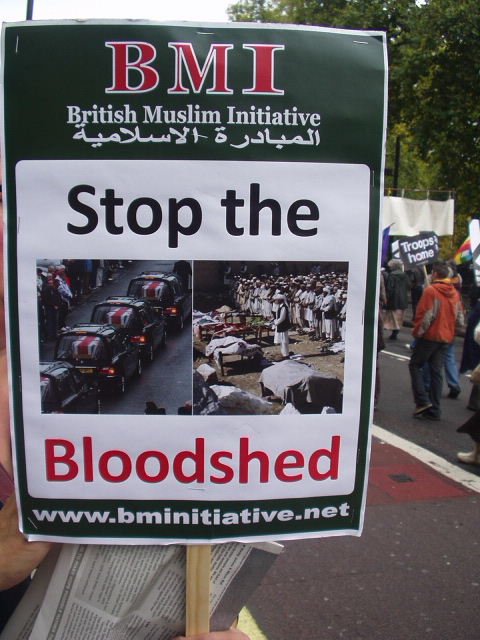 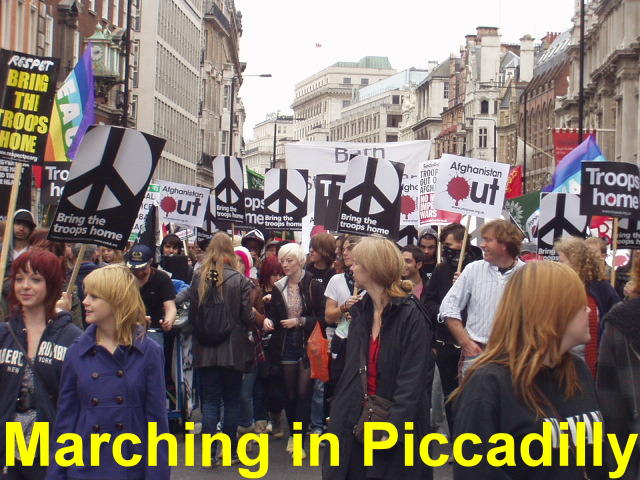 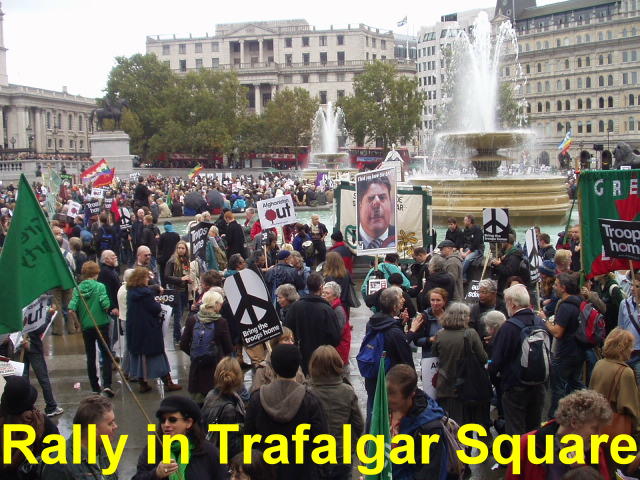 There was a large and colourful anti-war march and rally in London on Saturday October 24th. The march assembled at Hyde Park between 12.00 and 13.00 and consisted of a very wide spectrum of anti-war groups from around the country. The march included groups from Leeds, Penzance, Bradford, Newcastle upon Tyne, Norwich, Yeovil, Sherbourne (Somerset) , Lewisham and Greenwich, Rochdale, Bromley, Glasgow, Edinburgh, Bath as well as of course London. The size of the march was not quite as large as the huge ones of 2003 but it was disparate with people from all over Britain taking part. The policing was low key with no arrests being reported.

The march reached Trafalgar Square where a number of high profile speakers addressed the rally which by then totalled some 10-15 thousand. Orators included MPs Jeremy Corbyn and George Galloway, actors Bill Patterson and Corin Redgrave, journalist and author Seumas Milne and President of Stop the War and formerly MP for 51 years Tony Benn.

More photos and details follow in a supplemental report shortly.