But a Carbon Tax has been proposed to protect the Nuclear Industry. 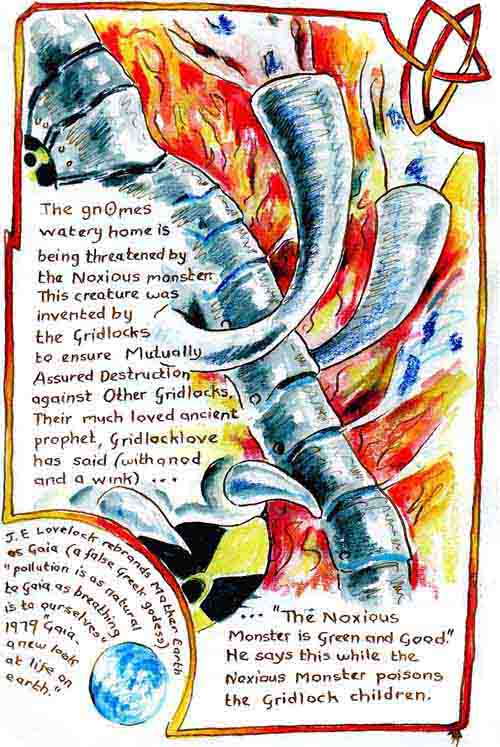 
Letter sent for the Attention of Ed Miliband- Secretary of State for Energy and Climate Change.

A front page story in the Guardian announced that the UK will consider a carbon tax to increase the price of electricity and make nuclear more cost effective.

Radiation Free Lakeland object to this outrageous and unjust tax favouring the very industry that first blew a hole in the ozone layer. A carbon tax amounts to higher tax bills to pay for nuclear which is at the top of the industrial polluters food chain. Last year Sellafield ( no longer producing electricity) quadrupled it emissions of HFC's, which are thousands of times more potent as a green house gas than CO2.

The Nuclear Industry has already been given tens of millions of taxpayers money to 'sweeten' the bitter nuclear pill in Cumbria. From the Primary Care Trust to Citizens Advice Bureaus and even heritage centres like the Beacon - all have had monies which should have come directly from government rather than being filtered through the nuclear industry in order to persuade Cumbria to accept ever more dangerous nuclear developments.

Latest announcement is that Nuclear Management Partners are giving £100,000 to stage next year’s Whitehaven Festival.

While all this 'bribery' has been going on the industry has maintained that new build would only happen "if the industry bears the full cost of electricity generation, including the cost of decommissioning and its fair share of the cost of waste disposal." The industry has never come close to meeting this claim.

Both EdF and Areva have mind boggling debts, estimated at around £35 billion each. Both companies would be bankrupt if they weren't between 85 and 90% owned by the French government.

Charges for late completion of the reactor at Olkiluoto, in Finland, will add to Areva's debt burden.

The experience of nuclear countries is that nuclear power does not stop the need for electricity from fossil fuels and it replaces renewables, not coal, in the energy mix.

In fact the evidence shows that to go nuclear is to increase use of fossil fuel.

According to Nuclear Engineering International Nuclear France uses more fossil fuel per capita than the rest of Europe.

Will this change of policy be subject to any democratic scrutiny?
Radiation Free Lakeland along with others challenge the government to move away from its obsession with nuclear power and to debate genuine sustainable solutions to meet the country's energy needs.

The alternative and sane solution is based upon efficient local generation and a modern distribution grid to support smaller scale local producers and tidal and waste to energy schemes.

A Carbon Tax is a very clever Machiavellian tool to promote and attempt to pay for the bottomless financial pit of nuclear power.