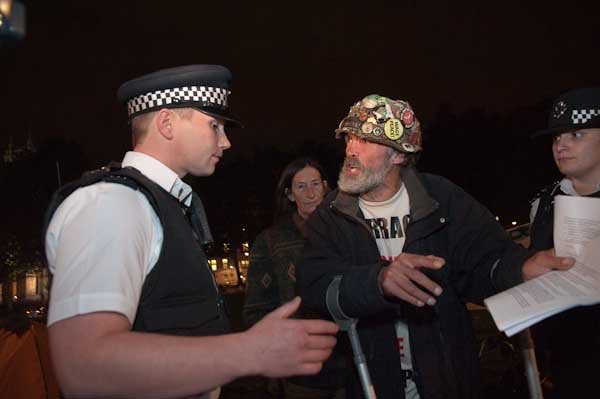 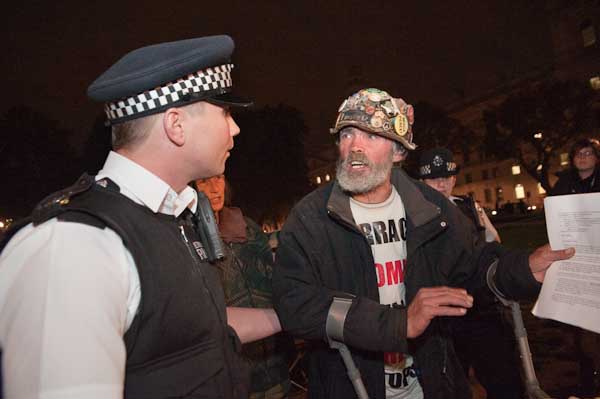 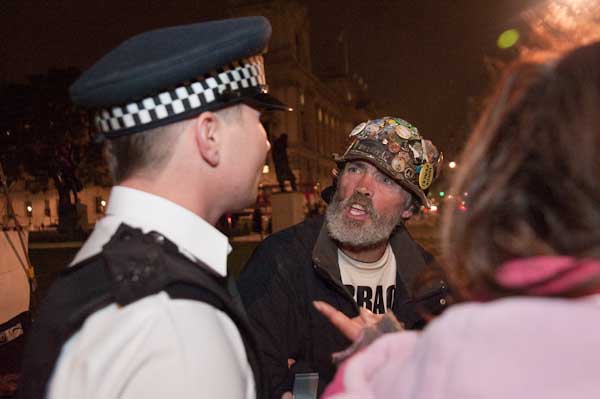 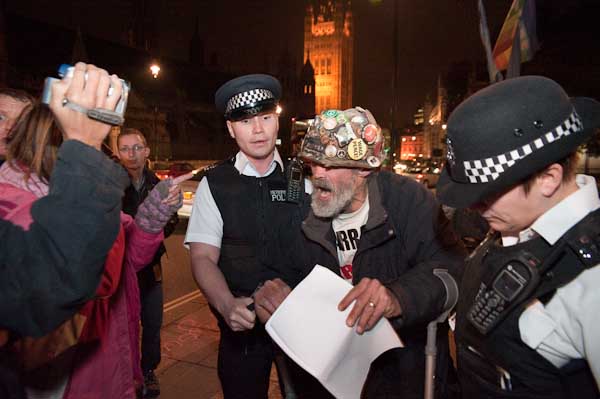 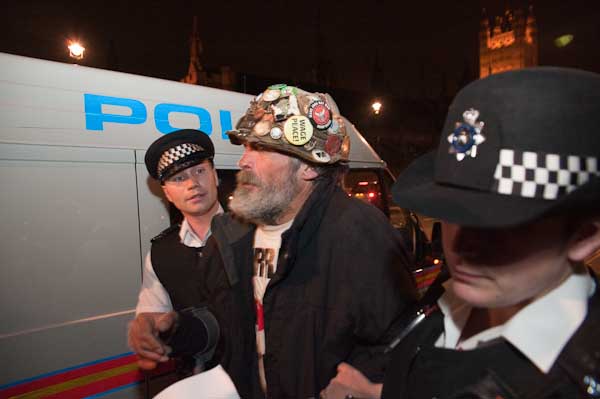 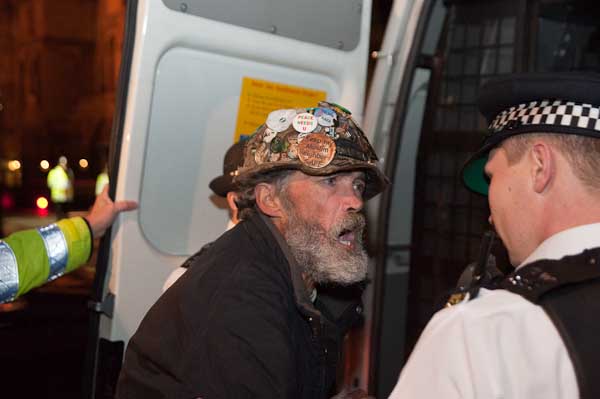 Police tonight arrested peace protester Brian Haw who has been carrying out a permanent protest in Parliament Square opposite the Houses of Parliament since 2 June 2001, 3072 days ago. After a lengthy argument, Mr Haw, who now walks on crutches, was walked away by two officers, pushed still protesting into the back of a police van and driven away.

The arrest at around 7pm was witnessed by several of Brian's supporters in the square, one of whom filmed the event, as well as several photographers including myself who were present in the square for another protest.

This is not the first time that Brian Haw has been arrested, and throughout his protest he and his supporters have been subjected to considerable legal and illegal harassment by the police. The arresting officer is one against whom allegations have been made by the protesters of misconduct in previous incidents.

I expect that further details will be posted here shortly.

More pictures on Demotix shortly and My London Diary in a few days.