This morning 120 activists blockaded two detention centres in Brugge and Vottem (Liege). The activists gathered together from all over Europe and aiming to stop deportations for today. They protest against the inhumane character of the European immigration policies.

Activists say: "We gathered together today for actions against the European immigration policies. With these blockades we want to stop the deportation-machine for today. The deportation-machine is responsible for imprisoning thousands of people every year, to send them into death in the end, only people do not have the right papers. This inhumane system has to stop!"

"Thousands of people in Europe are being arrested and locked up in detention centres every year, so called for our 'safety' and economic interests, but mainly because we are being made scared for the 'other people'. People are being treated as criminals, while they haven't commit any crime at all. They only crossed the European border hoping for a better and safer life for themselves and their families."

On a European level around 25,000 and 100,000 migrants without papers are surviving in detention centres. In Belgium only 8,000 people are being imprisoned. The amount of deportations are even more shocking in Belgium, the last years the number quadrupled (from 1871 to 7742 between 1999 and 2004). On a yearly basis 10,000 migrants die at the borders of Fort Europe. Arrests, imprisonments and deportations are the consequenses of the European Immigration politics, which
tries to master the forced migratory flow and thereby loses sight of human rights.

* We condemn the hunt, the repression, the humiliation and deportations which thousands of people are going through in Europe every year, only because they want to build up a better and safer life.

* We condemn the utilitarian politics, which only accept people who are 'useful' for our neoliberal economic system.

* We condemn the existence of Fort Europe, where migrants are being presented as a potential danger to our prosperity economy.

* We condemn the capitalist politics which wants to fence off migration on one hand, but on the other hand keeps on feeding wars and continues steeling the wealth of the countries of origin.

* We cannot accept a world where society is all about repression and imprisonment. We demand closure of all detention centres and to stop the deportations. We demand freedom of movement and settlement.

* The world belongs to us all and we refuse a selection being made from a profit hunting system, where production rules above freedom of people.

For a timeline in French::

pictures from no deportation day belgium 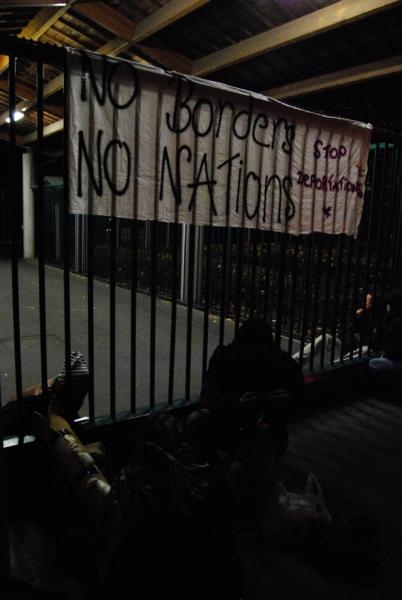 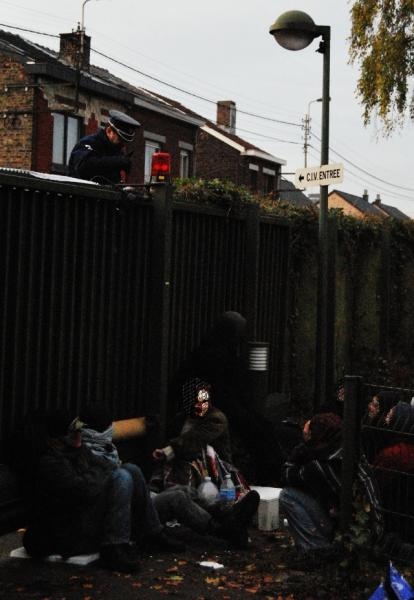 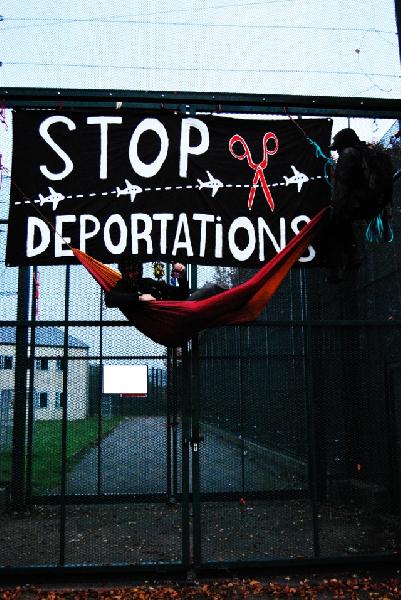 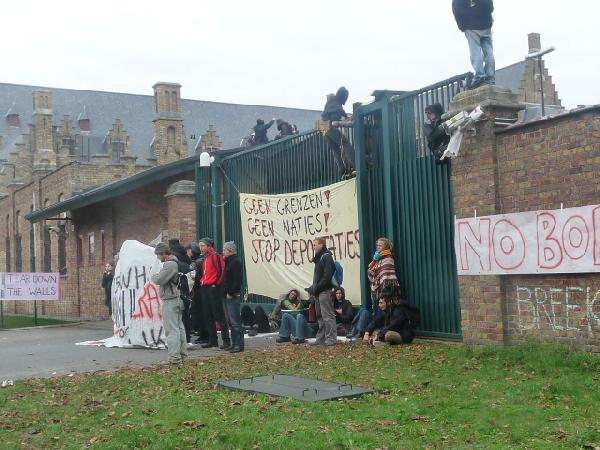 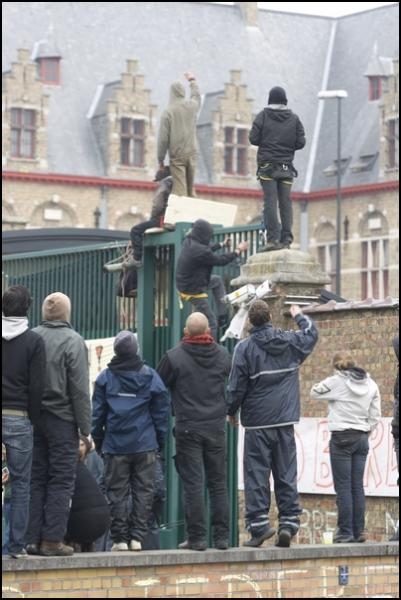 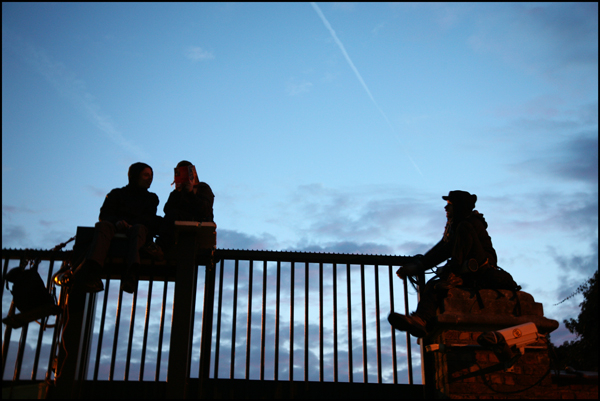 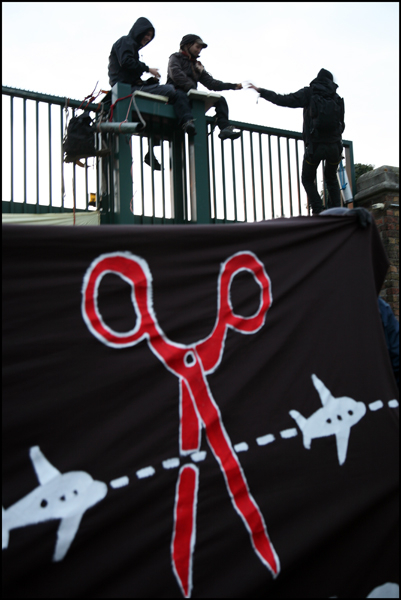 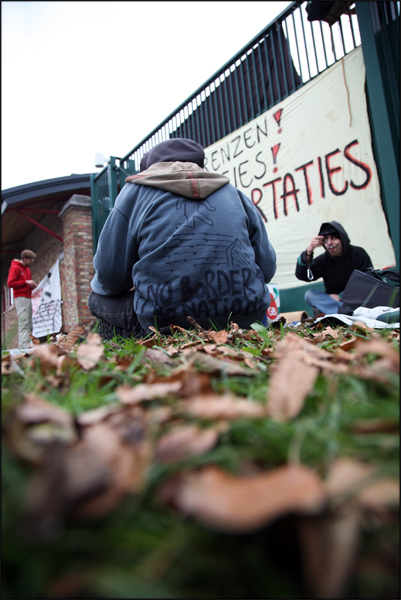 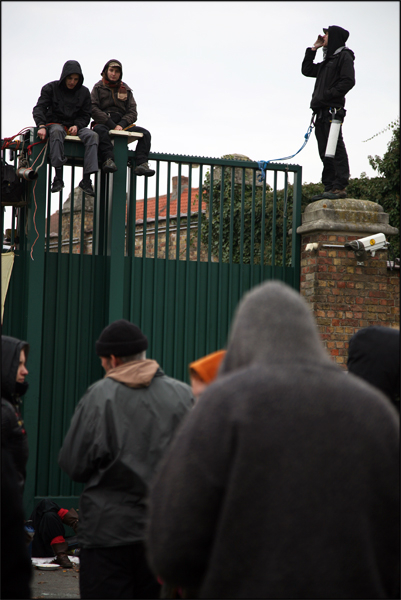 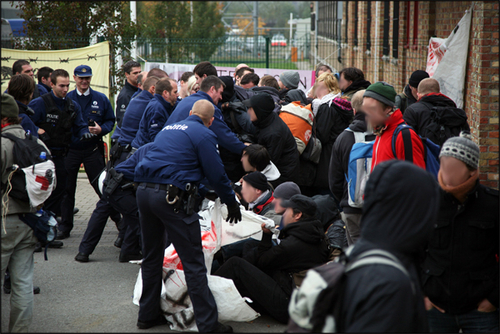 some more pictures of the blockades on no deportation day in belgium,
soon there will be a video available,