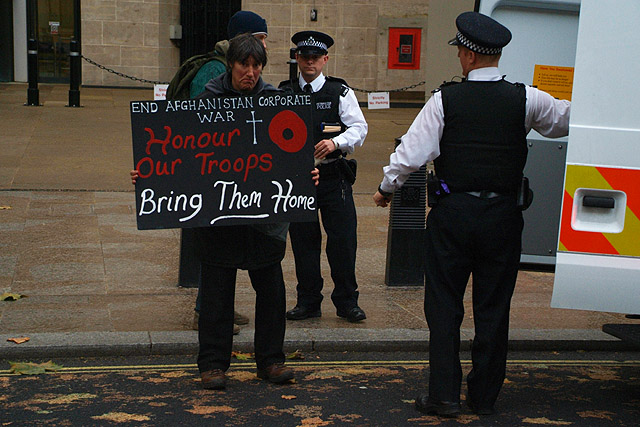 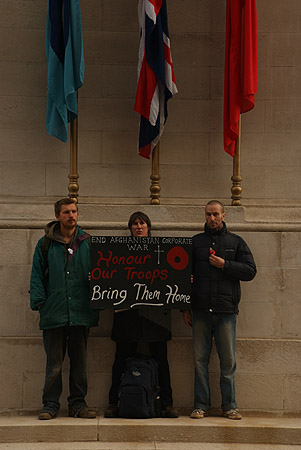 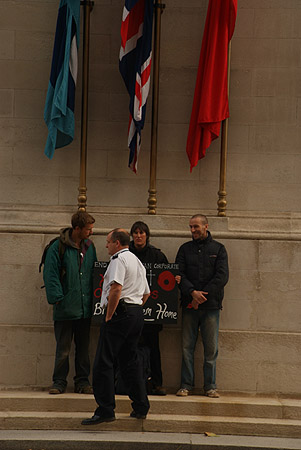 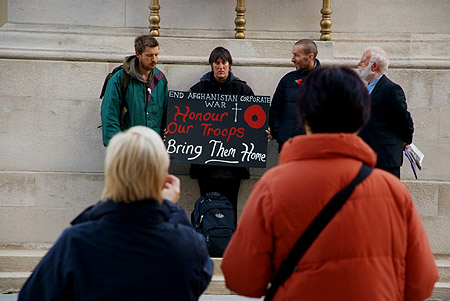 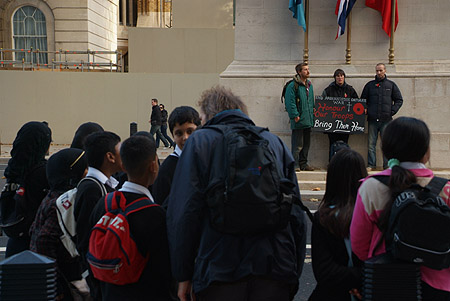 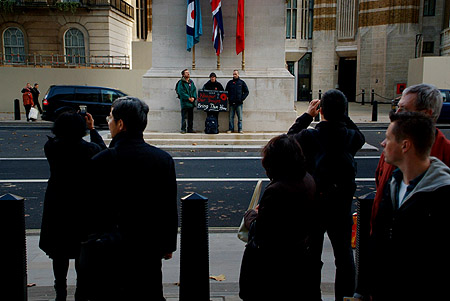 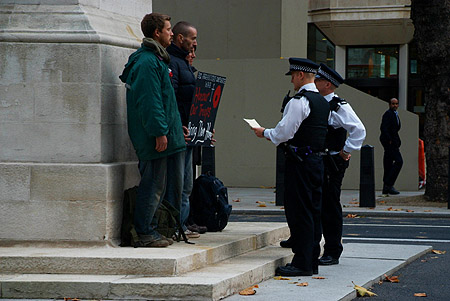 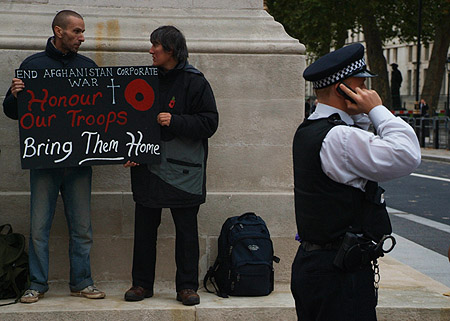 Phoning the 'incident' in. 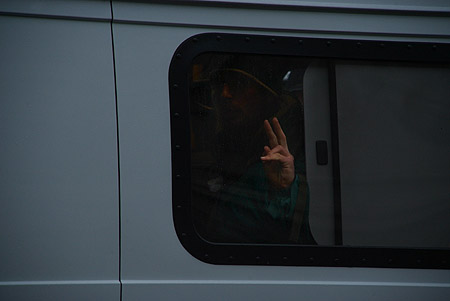 Arrested and taken away.

Earlier in the day the British MOD (Ministry of Defence) announce that five soldiers are killed after an Afghani police officer opens fire on them at a security facility at Nad e-Ali, Helmand Province.

In recent days the situation in Afghanistan has deteriorated with a default declaration of President Hamid Karzai as Afghani President after the withdrawal of his primary opponent, Abdullah Abdullah.

The default has brought forward severe disenchantment amongst ordinary Afghanis and has enboldened partisan regional forces including the Taliban.

The soldiers die after an Afghani Police Officer they were training shot his commander and then opened fire on the soldiers. The attack is the second of its type during the election period with two American soldiers being killed last month, again by an Afghani policeman.

The campaigners are interrupted halfway through their vigil by Metropolitan Police officers who then arrest the campaigners before the 229 minutes can be reached.

What was the charge?

What was the charge? Socpa?

Well done to these folks

Unfortunately, I did not have the opportunity to find that out.

I'm still trying to contact Maria. She has not answered my calls yet.

Please more of this sort of thing.

Bring the troops back

Bring the troops back

Alive, safe and to their own people.

This war cannot be won, so why stay, for honour and reputation perhaps?

I understand this was a SOCPA arrest. Suggest you post this up on the SOCPA page