Brighton, with its individual shops and quirky character, has bucked the trend of failing town centres. 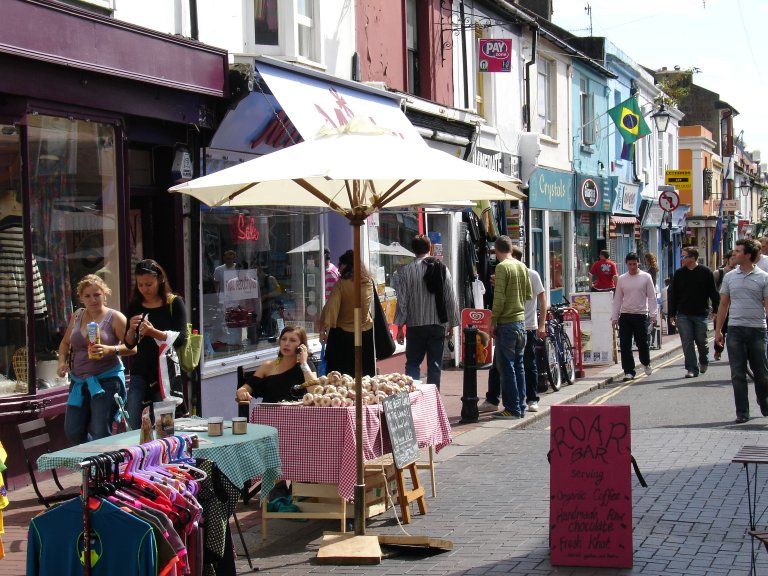 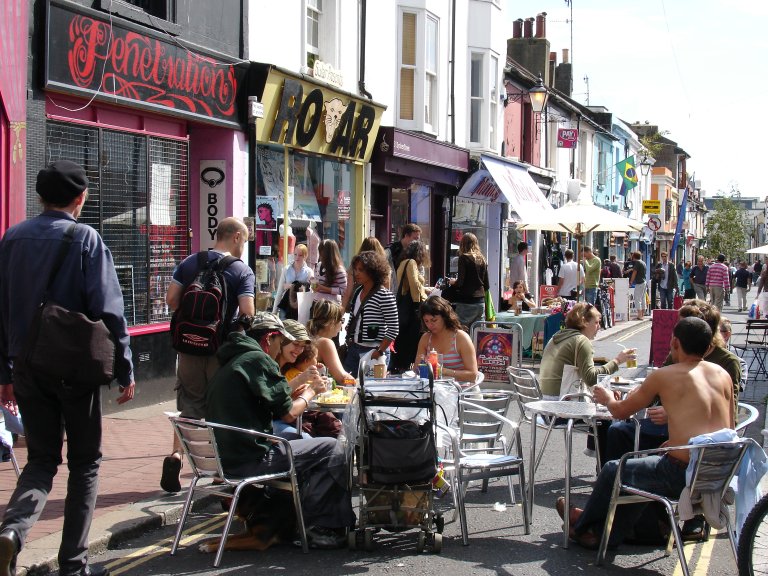 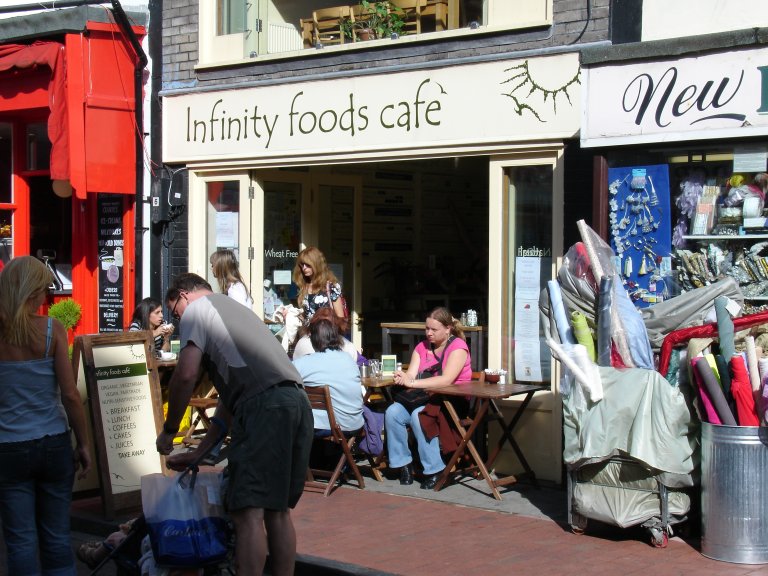 Synchronicity: Strange, I was thinking of why visit Brighton, turned on the radio, and there was an excellent discussion of exactly the thoughts in my head! [see You and Yours, BBC Radio 4, Wednesday 4 November 2009]

According to the programme, The Lanes and North Laine areas of Brighton were bucking the current retail trends, with shop vacancy levels of around 5% and footfall figures (the number of people on the street) holding firm. By contrast, the part of Brighton with High Street retailers was showing 30% vacancy (similar to national trends).

I was in the middle of a facebook banter with a friend. I suggested she took the Gatwick train from Guildford on a Sunday, changed at Gatwick for the fast Southern train (Victoria to Brighton), but not the slow first Capital Connect cattle trucks. But be wary of rail works which turns a pleasant day out into a nightmare.

Why visit Brighton on a Sunday? I love to go down to Brighton on a Sunday, wander around the North Laine area (which I prefer to The Lanes), visit the many quirky and independent shops, clone town they are not, eat in the excellent little restaurants. Then wander down to the seafront, stroll along the pier, stroll along the seafront, sample the cockles and crab sandwiches, browse at the bookstall near the burnt out pier, and just take in what is going on.

The little Suffolk market town of Saxmundham said no to Tesco, and as a result local food retailers are thriving. Saxmundham still has the butcher and baker and many others shops worth visiting, and as a result has become the market town to visit in the local area. But these are little green oasis, the jewels in the crown, in an otherwise food desert.

At Upton Park in East London, the dysfunctional local council is trying to destroy a much loved local market. [see Friends of Queens Market]

Brighton has Infinity Foods and Taj the Greengrocer, shopping for food once again becomes a pleasant experience, something huge superstores can never be no matter how much their marketing budget tries to convince us otherwise.

Kensington and Chelsea has passed local legislation which stops a developer buying a block in a street for redevelopment.

Contrast Brighton with Farnborough or Aldershot where the dysfunctional local council has laid waste to both town centres, waged war against local retailers and driven most of them if not out of town, out of business. Unlike neighbouring Guildford which has a thriving farmers market on the first Tuesday of the month, Aldershot and Farnborough lack even a farmers market.

Do we really want all our towns to look the same? The French have a name for it, 'la Londonization'! When recession bites, High Street chains are the first to pull out, leaving behind a wasteland. I will always remember a Chinese friend asking me did Communists run the country? It was her only explanation of the sameness and blandness of everywhere she went.

The same is true of towns large and small in Europe. When a Czech friend visited from Prague, she was shocked that she could not buy bread, that there were no local bakers where she could buy fresh bread.

Bread is the staple of life, and yet we have allowed our bakeries to be destroyed.