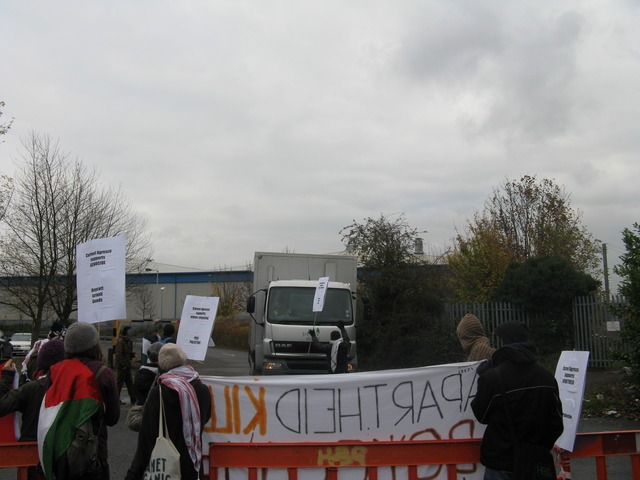 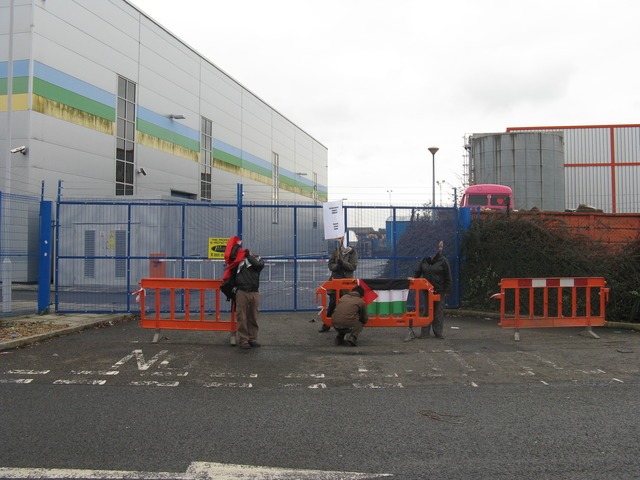 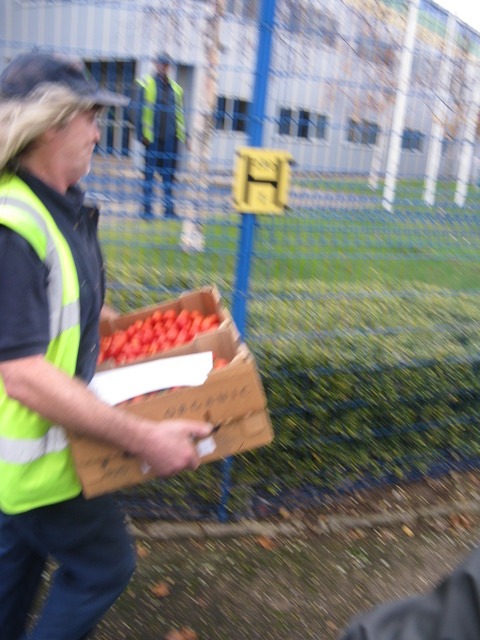 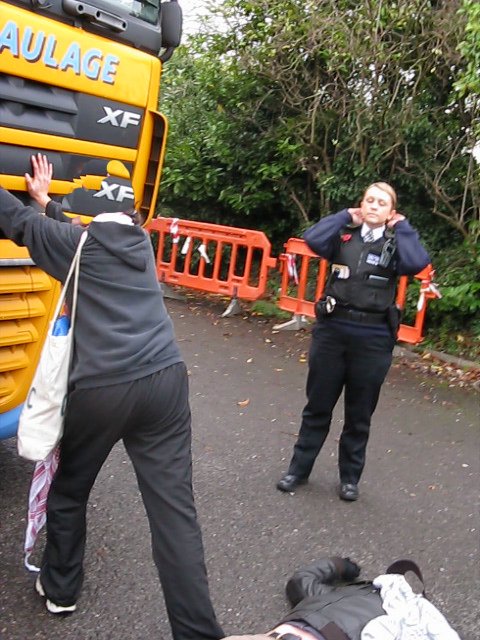 About twenty people joined a protest at Carmel, based in Hayes, West London. Protesters re-arranged some light plastic barriers that were helpfully left outside Carmel to block both gates, and also stood in
front of the gates, blocking them for over three hours.

Several trucks and vans arrived to carry the produce, much of which is produced on illegal settlements in the West Bank, but none entered or left for over three hours as the incredibly easy blockade kept them out. One driver did manage to collect a small order of tomatoes, carried out by a member of Carmel staff.

A section 14 order was imposed by the police, giving conditions for demonstrating, and two people were arrested for sitting in front of a truck and refusing to move. They have been charged with
breaching the s.14 order, but the legality of the order is likely to be challenged in court.

Reports of protests on previous days: