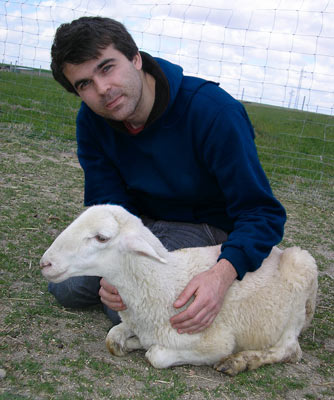 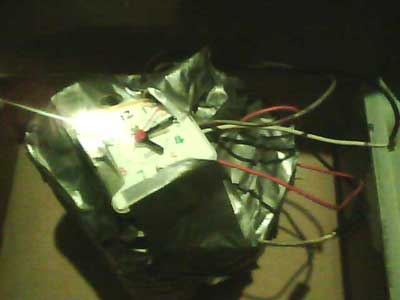 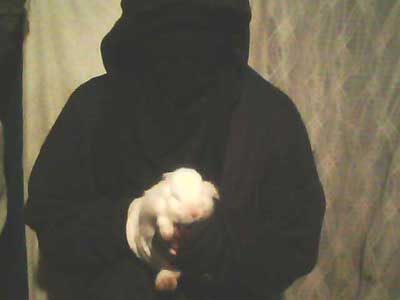 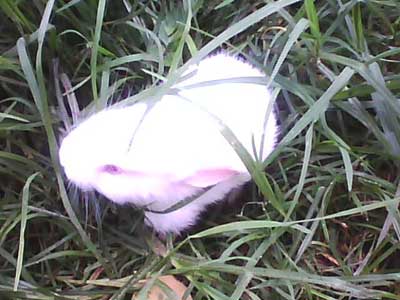 17 RABBITS FREED FROM UNIVERSITY, IN MEMORY OF BARRY HORNE (Uruguay)

Yesterday, in the early morning hours, we approached the Facultad de Veterinaria and after opening the screen that separates it from the street, we entered the premises. With the necessary tools in our hands and the desire for freedom in our mind, we were prepared for action. We opened a second screen and found ourselves inside this prison, this torture camp. We found 17 rabbits that would be used in the coming days as objects for experimentation by students complicit with the professors and university authorities.
The walls were marked with slogans that said 'vivisection = torture and death' and experiment on yourself' and 'Frente de Liberación Animal.'
We left the place quickly with the 17 rabbits who are now living in freedom far from the grips of supposed science.

We repeat:
Vivisection is torture and death!
Vivisectors should experiment on themselves!

In memory of Barry Horne and of all those who fight for animal liberation!!!!!

On the anniversary of the death of Barry Horne, Igualdad Animal's Open Rescue Team rescued four sheep from a farm in Zamora.

Barry Horne was an English animal liberation activist who died on November 5, 2001 after several hunger strikes in prison in protest against government support for the vivisection industry.

During the past month, the Poultry Liberation Front have been busy in the South of England, with liberations of turkeys and chickens.

On separate occassions, 33 turkeys, 100 chickhens and another 30 turkeys have been rehomed from dark, stinking sheds of the intensive poultry industry. We will continue to visit farms whenever we want and rehome those imprisoned there, until all are free from the suffering and genocide that continues in a speciesist human world, devoid of compassion and guilt.

These beautiful individuals have now been rehomed into life-long compassionate homes. To live out their lives with dignity, away from their cruel exploiters.

"02/11/09
Sansepolcro (AR)
Lots of red paint for Max & Co and a special message: 'MMFG=TROUBLES'.
In memory of Barry Horne and dedicated to the prisoner Sergio Maria Stefani.
FLA"

"Hoax bomb used to target a rodeo in mexico city

During the evening of Saturday, October 31, we, from the cell against animal domination (F.L.A-C.C.D.A), armed with an incendiary device and a fake bomb, went to a rodeo which was set to happen in the contreras borough. This show brings with it animal pain and suffering for bulls. Upon reaching the location, we noticed that this action would be relatively easy since there was no light or security, so we moved into action right in front of the noses of the damned anthropocentric people who were there. An incendiary device was placed in a tire of a truck belonging to civil protection and a message was left in it warning that more devices had been left elsewhere on the property; among these devices a bomb was found which was placed between a trailer that transported equipment used in the ring. The truck burned where we placed the incendiary device and the 'show' was cancelled in order to search for the other devices.

We want to make it clear that the 'bomb' was a hoax because we do not want to injure other animals, human or nonhuman.

We will not give the exploiters any rest; they do not sleep peacefully now

"In celebration of World Vegan Day we glued the locks of over a dozen Auckland businesses involved with meat production including Halal butcheries, a bait shop, fish stores and a kebab meat truck.

Animals are not ours to use for food.

On Friday, October 30, the cell of the R.V.N decided to take action again. This time we did not carry out a sabotage, instead we returned freedom to a rabbit who was kept locked-up in a small cage which was no more than 30 centimeters and who now has happily found freedom with a lot of room to run and to live with other animals. The rabbit had belonged to a disgusting anthropocentrist who thinks that animals are nothing more than objects which we can dispose of at whim, and only saw him as a simple 'pet' -- but he is a being who should be free like all others.

We will not negotiate. We will continue carrying out actions until we see all animals, human and nonhuman, free as they should be. And we will continue attacking everything that involves animal pain and suffering because no action is small, no action is more than another. The animals do not care how you support them, they do not judge you as human animals do; to them, the only thing that is important is their freedom and the best way to free them is to stop talking and start acting.

Direct action against any kind of domestication