On Friday the 13th November 2009 in Nottingham, Anti-Militarists and other activists marched to the gun makers Heckler and Koch in Lenton, Nottingham. 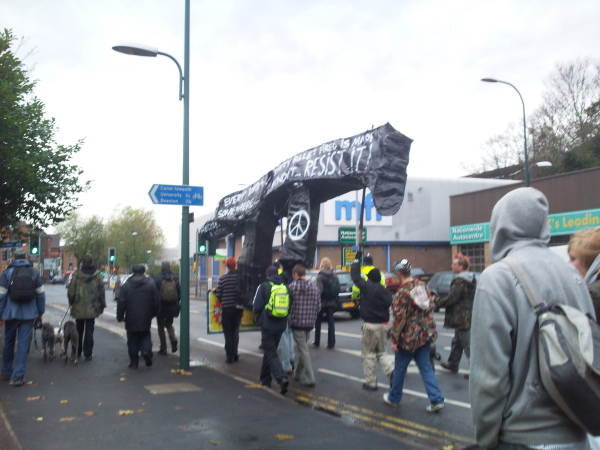 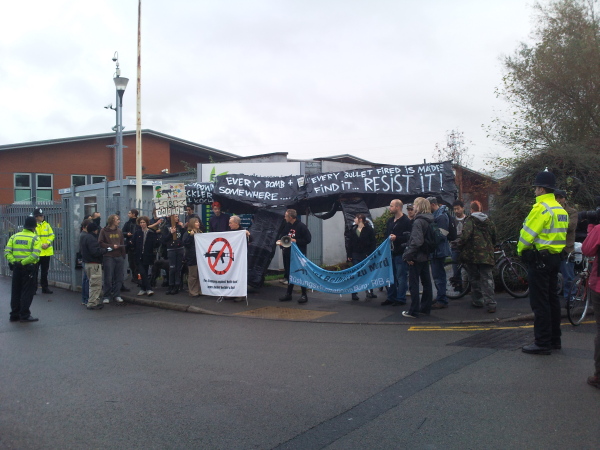 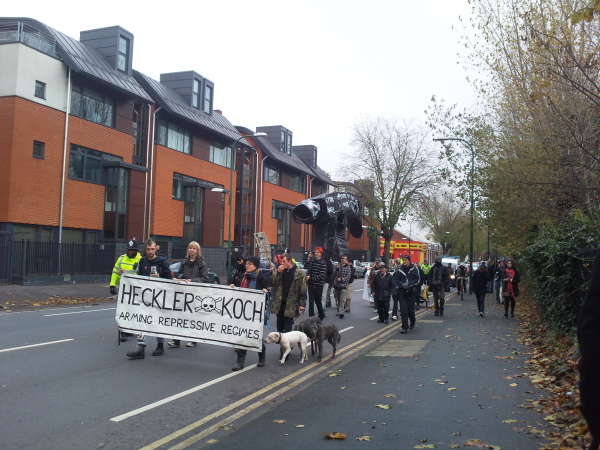 The whole demo was a success, in terms of people turning up and taking part and also for the fact that a few people said they'd never been on a demo before and had pledged to get involved in demo's against the arms trade and capitalism in the future...That's what the day was all about - creating publicity for the campaign against Heckler and Koch...The struggle continues...watch this space for more action later this year and early next year....

Thanks to those that came along.

One word about the 25ft gun...It was in a bit of disarray and needed repairs throughout...But fear not, the model makers know what to do for next time to make it bigger and better and stronger!!