Report of Edinburgh protest against NATO on Saturday 14th November 2009

Here is detailed report of the demonstration against NATO in Edinburgh last weekend. 20 photos of the day are included. 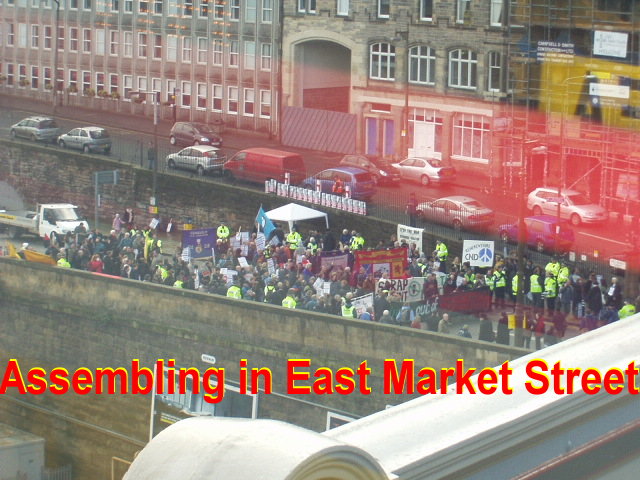 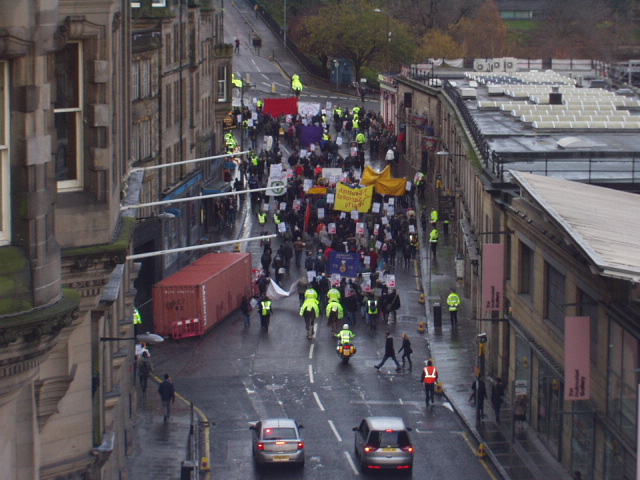 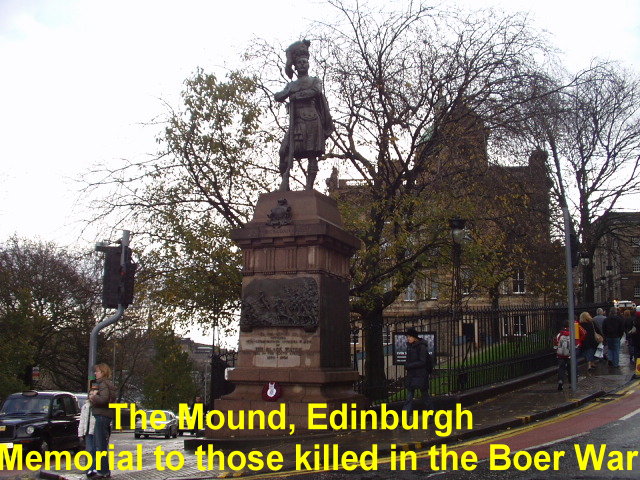 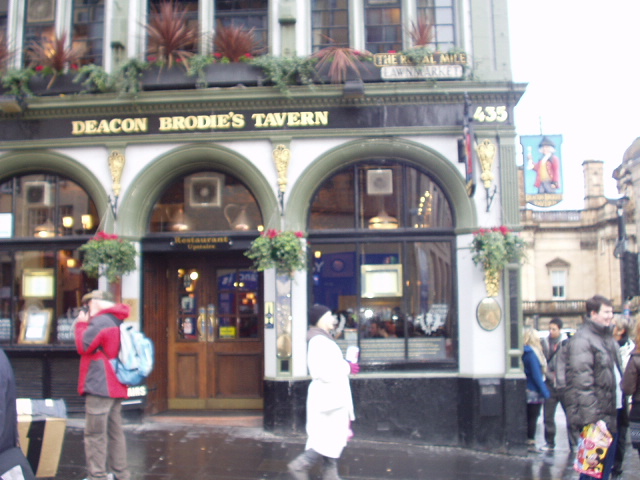 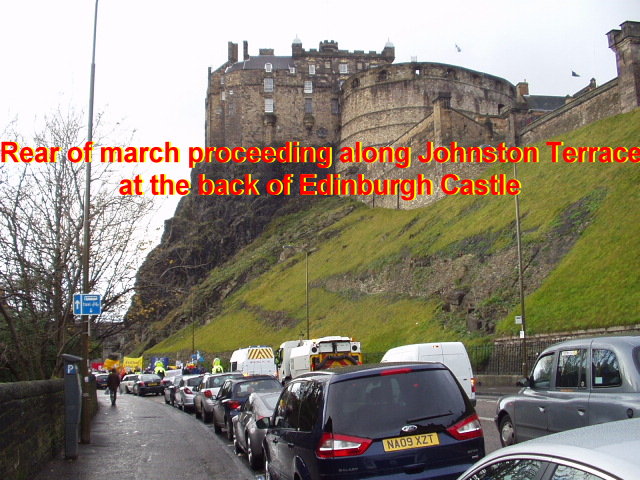 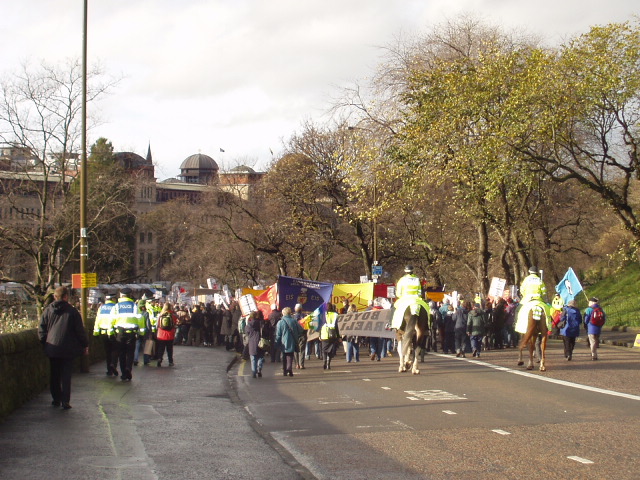 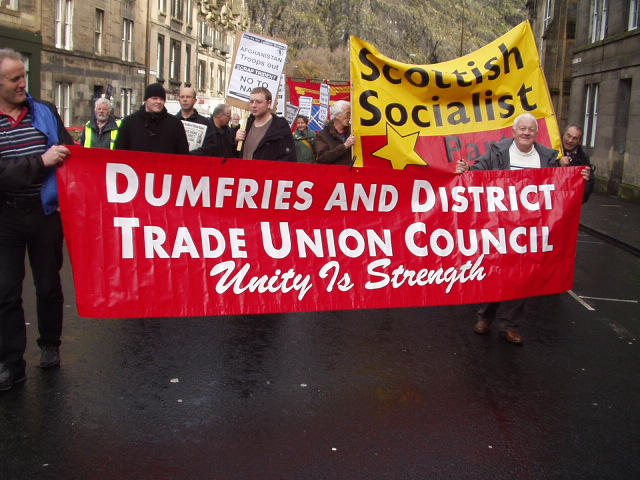 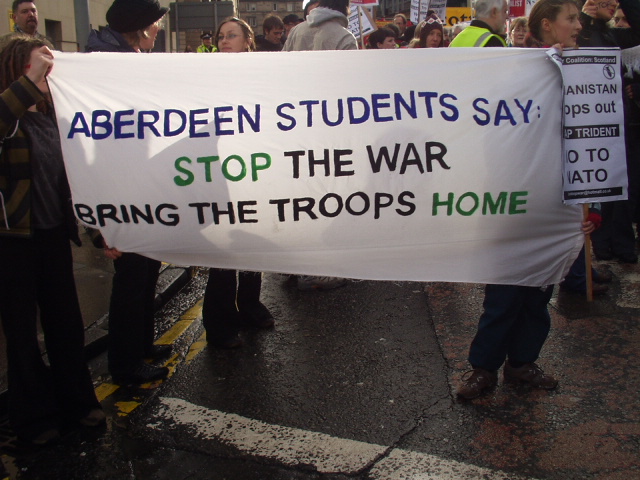 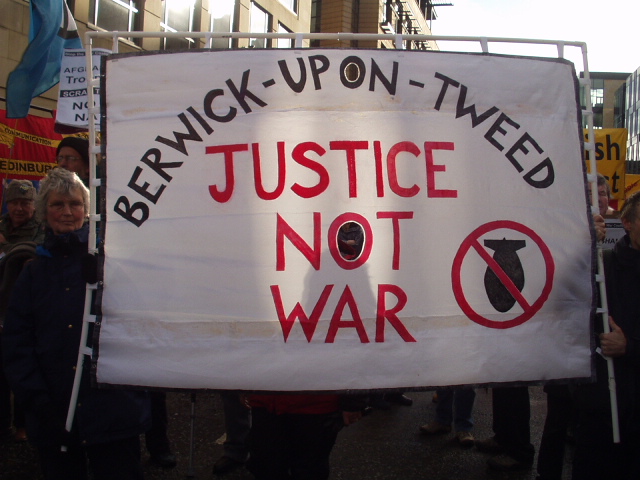 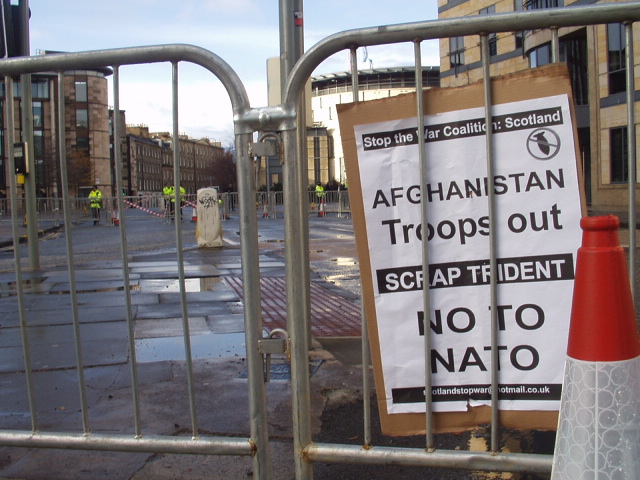 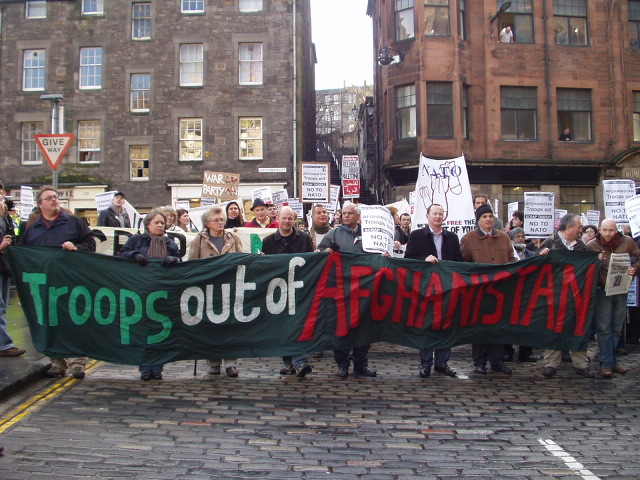 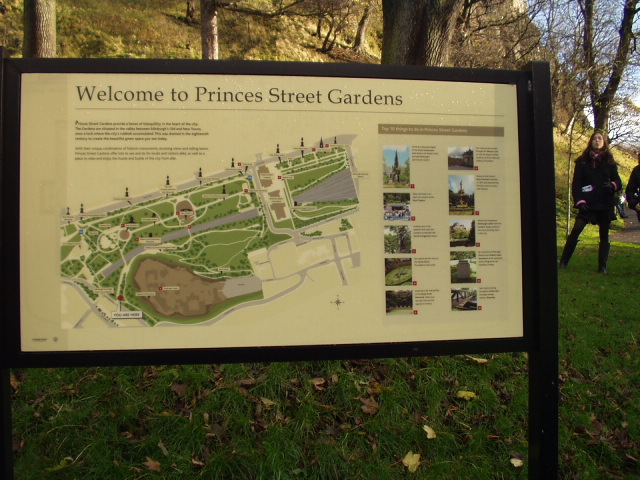 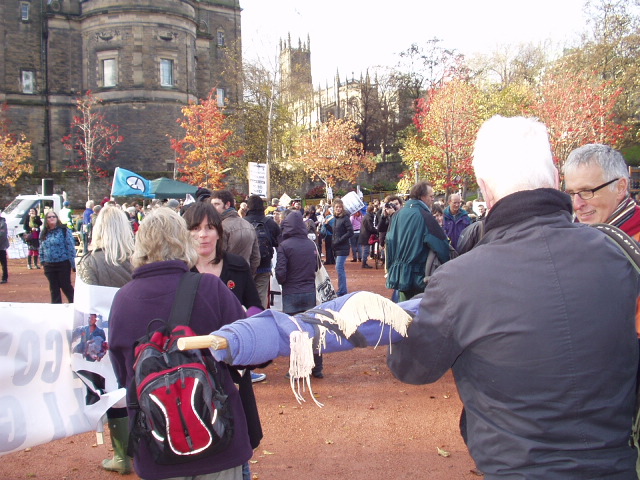 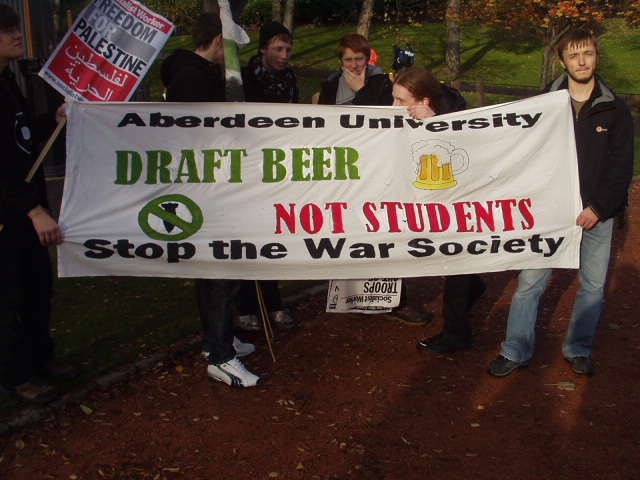 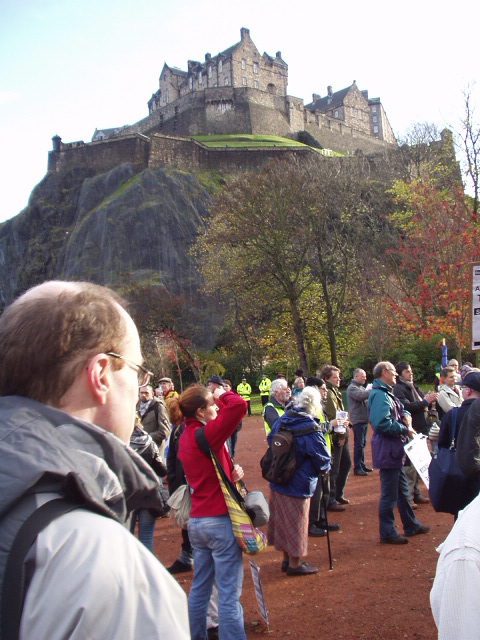 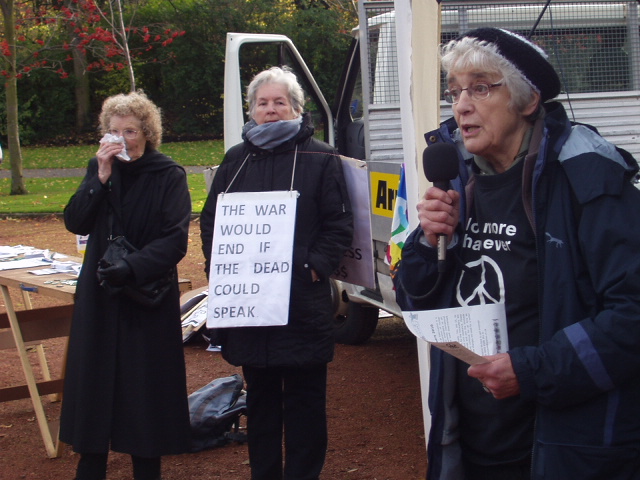 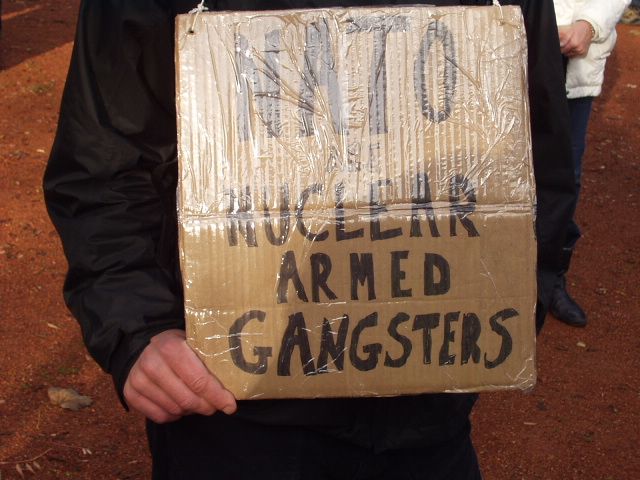 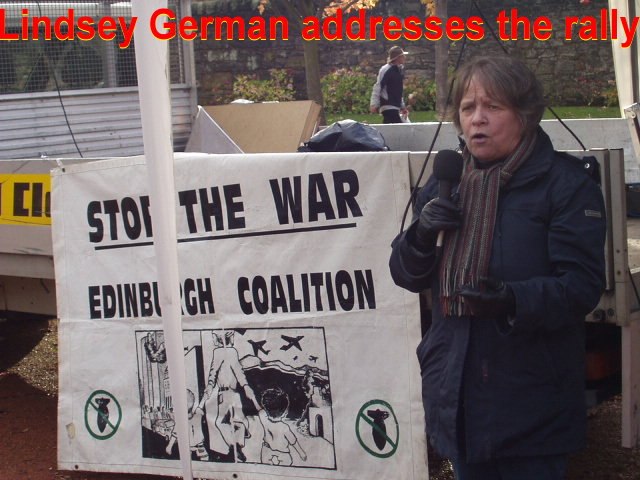 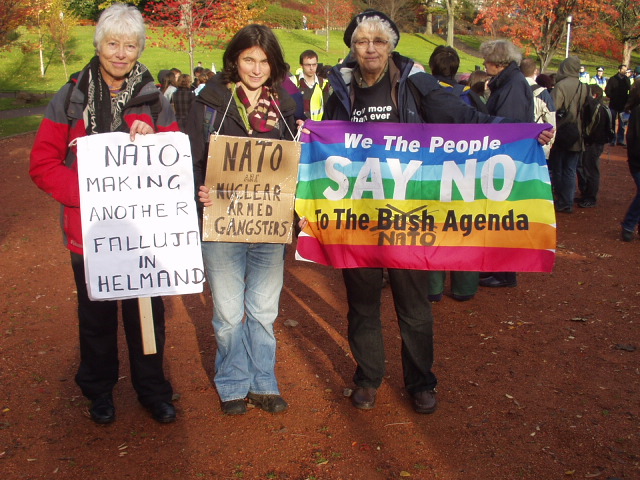 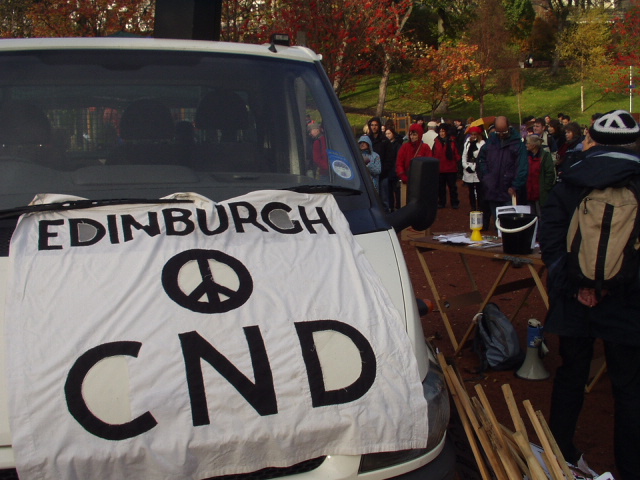 Report of protest against NATO on Saturday 14th November 2009

The summit of 28 member nations along with a number of observers (`partners` - including Russia) was held in the plush Edinburgh International Conference Centre (EICC).

The conference was widely perceived to be a PR offensive to try and persuade an increasingly sceptical public and media that the war in Afghanistan is winnable and that real progress is being made. The consequences of a defeat in Afghanistan could be seen as the end of NATO as an effective military alliance and maybe the beginning of the end of the pre-eminence of the United States as the world’s most powerful nation.

On Tuesday 17th November 2009, NATO Secretary General Anders Fogh Rasmussen (who in a previous incarnation was Danish Prime Minister) attended the 55th Annual Session of the NATO Assembly in Edinburgh, Scotland, where he gave a keynote address.

There was an anti-NATO demonstration in Edinburgh on the Saturday of 14th November 2009 which was called by Stop the War Scotland and supported by STW UK, CND, SCND, Scottish Afghan Society, & SACC (Scotland against Criminalising Communities).

The demo assembled from 10.30am in East Market Street at the back of Waverley railway station and started off around 11.00am. Though not especially large it was varied with groups coming from across Scotland including Glasgow, Dumfries, Aberdeen and the border town of Berwick upon Tweed. The route went up the Mound past the South Africa war memorial and along the Royal Mile and Johnston Terrace at the back of Edinburgh Castle towards the conference venue.

The protest halted for around 10 minutes near the heavily guarded Edinburgh International Conference Centre (EICC) and there were chants of “Shame on you” and “Get the troops out now”.

The marchers then went on to Princes Street Gardens for a rally where in the weak winter sunshine 1960’s music was heard over the anti-war chants.
The speakers included Joan Humphreys whose grandson had been tragically killed in Afghanistan, Lindsey German the convenor of Stop the War and Bill Kidd the Scottish National Party (SNP) Member of the Scottish Parliament (MSP) for Glasgow region.

Joan Humphreys made the point that the perpetrators of the September 11th attacks in 2001 hatched their plot in Germany and Florida rather than Afghanistan. She also ridiculed the immigration minister Phil Woolas who said that the war on Afghanistan was to prevent immigration to the UK. (In November 2008 Phil Woolas attacked lawyers and charities working on behalf of asylum seekers, accusing them of undermining the law and "playing the system" by taking legal action.)
Bill Kidd MSP said that the money spent on the Trident nuclear missile programme which will cost £100 billion to upgrade, is an abomination.

Dundee Trades Union Council Secretary, Mike Arnott, spoke of the recent G20 conference in St Andrews, Fife when delegates lived it up at the taxpayers’ expense. He called on people to “say no to NATO and all its works.”

Rae Street of CND (Campaign for Nuclear Disarmament) asked “Why are we in Afghanistan?” She went on to point out that just the previous week NATO had bombed a village killing 10 civilians. The villagers then rose up and demonstrated saying out with the foreigners. She also spoke of the horror of the attack on Fallujah, Iraq when white phosphorus and depleted uranium were used in the 2004 attack on the city. She went on to say that NATO had expanded to contain 28 member nations and had extended right up to Russia’s borders. She opined that NATO has a policy of first use of nuclear weapons and stated that they have five nuclear bases across Europe. She finished by saying simply “We don’t want NATO!”

Lindsey German, the convenor of Stop the War, asked what the war in Afghanistan was for and made the point that the allies in the so called `war on terror` had failed to capture either the disabled Osama Bin Laden or the one-eyed Mullah Omar in 10 years of trying. She also said that the Afghan government of Hamid Karzai was one of the 10 most corrupt in the world. She told of the fate of Lance Corporal Joe Glenton who has been locked up for opposing the war which he argues is illegal under International Law.


There was news of a demonstration in Glasgow against the Scottish Defence League which was said to have gone well.


There was talk at the rally that a Sgt CO996 Mark Sully of Forward Intelligence Team (FIT) from the London Metropolitan Police had been seen at the demonstration. His presence was confirmed by an officer from the Lothian and Borders Police though the same officer thought that Sgt Sully may have left early.

One of the Lothian and Borders police officers present said that during the all Scotland demonstration for Gaza in January earlier that year three officers had been hurt during the throwing of shoes toward the US Consulate in Regent Terrace. He explained that one of the officers had required hospital treatment. (The protesters had been inspired to throw shoes by the example of the young Iraqi journalist Muntadhar al-Zaidi who was jailed for 3 years for throwing his shoes at then US President George Bush at a press conference in Baghdad on December 14th 2008. There were huge demonstrations in Iraq and around the world at the perceived severity of the punishment which led to his early release on September 15th 2009 having served just 9 months of his 3 year sentence.)


The anti-war event then finished at around 1300 with a song from Edinburgh based musician David Ferrard called `Never again`.


The Edinburgh Evening News of Saturday November 14th covered most of page 3 with a piece headlined `You can’t take any chances with these NATO protesters`. In what was the final edition it was claimed that the police outnumbered the 20 demonstrators present. The piece spoke of those activists present in a very patronising way. The same newspaper of Monday 16th November reported on page 2 that the size of the protest had remarkably grown to number 5,000 people.

The Tuesday 17th November Evening News reported that 6 people had been arrested trying to gain access to the final day of the NATO Parliamentary Assembly. The paper reported that `the protesters from Trident Ploughshares wore shirts emblazoned with the images of wounded and traumatised Afghan children, and recited the names of Afghan civilians who have died since the war began. `

The BBC Scotland website report of the demonstration of Saturday 14th November:


A view from Belgium
Belgian writer and activist Michel Collon wrote on his website Investig'Action explaining some of what he saw as the background to the current situation in Afghanistan:

`When the Soviet bloc collapsed in 1990 and the Central Asian countries became independent, Pakistan realized that as its main enemy, India was strong, while it was itself weak. To develop economically and to strengthen the country, the Pakistani bourgeoisie decided to use Afghanistan as the entry point to the Central Asian market. So they encouraged the Taliban’s path to power. U.S. interests were overall the domination and the control of Central Asia’s wealth. The U.S. oil company Unocal had a project to build a pipeline in the region but in order to do that, they needed Afghanistan to be pacified. Finally, the Taliban’s interests were to pacify the country and carry out an Islamic revolution, which met the Saudis interests too. Saudi Arabia wanted indeed to export the Islamic ideology to Central Asia, in order to weaken Russia and to control the gas of that area.

So, helped by those foreign powers, the Taliban fought against the warlords and took power. People of Afghanistan were tired and wanted peace. That’s why the Taliban were welcomed.

Finally, this plan didn’t work: the United States failed to pacify the region, Pakistan could not open an access to the Central Asian market and the Taliban were overthrown. Why? You can find several ethnic groups in Afghanistan. The largest are the Pashtuns with almost 50% of the population. Then you have the Tajiks, the Hazaras and the Kazakhs, responsible for the competition among the warlords. Finally you will also find other minorities. The Taliban are Pashtuns: they are very independent mind! The United States and Pakistan wanted to use them like mercenaries but they’ve got their own vision. Another important point is that the Pashtuns do not recognize the border between Afghanistan and Pakistan.

NATO kills civilians every day. Following these attacks, the Afghan people started to become closer to the Taliban. Now, the Taliban control the southern part of the country and have a de facto government in each village. Taliban are mixed with the population and NATO forces are taking casualties. So when anything suspect moves, the GIs shoot and kill civilians. The fact is that the Afghans must confront imperialist warlords bombing civilians in one hand, and regional warlords looting the country and selling drugs on the other. That’s why the Taliban have the support of the population. Not because they have progressive ideology, but because the people expect them to bring peace to the country, exactly as they did after the civil war in 1992. `

A view from the current US Ambassador to Afghanistan

U.S. ambassador to Afghanistan, Ambassador Karl W. Eikenberry, served two military tours of duty in Afghanistan before resigning in April to become a diplomat. He has cautioned against sending more troops as risking a corrupt Afghan government becoming more dependent on the United States.


For more information on Stop the War please visit:
www.stopwar.org.uk


For some recent news about an Afghan-NATO raid here is the Al Jazeera report: