The UN Cop15 Climate Conference is due to take place in Copenhagen from 7th-18th December. Billed as the last chance to save our future, is it any wonder that people are getting angry? Recently the 350.org campaign clearly represented people's desire to dramatically reduce emissions across the world, yet we've seen such mass displays of political expression before, such as the global anti-war demonstrations in 2003 which seemed to have little impact upon Governments. But it's not just about emissions. Those in the global south who have contributed least to the problem are now facing the effects. Increasingly climate campaigners are saying that we cannot trust the market with our future and that we must not rely upon 'false solutions'.

As the world watches Copenhagen, thousands of people will participate in protest marches, direct action and alternative forums. In Denmark new repressive laws have been proposed [update: now passed] to discourage protests including extending preventitative detention from 6hrs to 12hrs, significantly increasing fines for public order offences under Danish law, and increasing the penalty for not dispersing when ordered to do so by police [see 1 | 2]. Meanwhile in a clear display of political policing, four uk activists on their way to an organising meeting in Copenhagen were detained and questioned under Schedule 7 of the Terrorism Act 2000 [2 | 3].

Despite this hundreds of people from the uk will head to Copenhagen to participate in the protests, actions and the Klimaforum. The uk Climate Camp is organising coach transport and has joined the Climate Justice Action network which is co-ordinating some of the protests, in particular the Reclaim Power! action on 16th December, which aims to push into the conference area and hold a "People’s Summit for Climate Justice". They are supported by a wide range of groups, including members of Climate Justice Now, a network formed in Bali during Cop13 and including many groups and networks from the global south, such as Via Campesina. Other planned actions focus on food sovereignty, migration, corporations and 'business as usual'.

In the countdown toward Cop15, there has been an upswing in direct action around climate change. On September 12th hundreds of people protested and took direct action at Hazelwood coal power station  in Victoria, Australia [utube video]. On 26th September, hundreds of protestors in Denmark took direct action, breaching the fences at Amagerværket coal-fired power station (owned by Vattenfall) in an action called "Shut It Down" [reports 1  | 2 | video]. In the uk on 17th October around one thousand people protested at Eon's Ratcliffe-on-Soar coal power station, repeatedly breaching fences [pics]. On 26th October, activists in the uk occupied parts of Npower’s Didcot power station, blockaded an access road at Mainshill Wood where Scottish Coal plans a new coal mine, and climbed onto machinery at Shipley opencast coal mine stopping work [collected reports]. On October 28th activists from the action group Climate Alarm! blockaded the entrance to the Business Europe Copenhagen conference in Brussels [video 1 | 2 | 3 | pics]. At the start of November in Barcelona at the last preparatory session before Copenhagen, protestors marched, blocked roads and blockaded entrances to the meeting, whilst inside delegates from the African bloc staged a walk-out of the discussions [reports 1 | 2 | 3 | 4 ]. Whilst on 23rd November in Australia around two hundred protestors blockaded Parliament House in Canberra.

Ahead of Cop15, demonstrations are scheduled in Geneva alongside the WTO, and on November 30th the Mobilization for Climate Justice has called for a global day of action coinciding with the 10 year anniversary of the famous Seattle WTO protests. Linking the WTO to the Cop15 mobilisation is the Social & Climate Justice Caravan, with 60 representatives from global movements from the South travelling two routes from Geneva to Copenhagen, arriving 9th December. In London, a large pre-Cop15 protest march called "The Wave" is planned by a coalition of NGOs on December 5th, meeting at the US Embassy before marching off at 1pm to encircle Parliament. Earlier there is a Climate Bike Ride meeting at 10am at Lincoln's Inn Fields, and a Climate Emergency Rally at Speakers Corner, Hyde Park at midday. Update: An action has also been announced by Climate Camp in London: COP OUT Camp Out, to take place after the Wave demonstration. 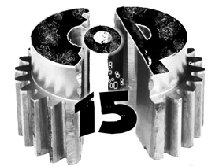 12th Nov: Naomi Klein: The Seattle activists' coming of age in Copenhagen will be very disobedient

Cop15 - what is it and what can you do?
A studio show about the cop15 conference on climate change in Copenhagen and how you can get involved through the climatecamp network.

Policewatch who's a Terrorist
We talk to Chris Kitchen from the Climatecamp about his experience of being stopped under terrorist legislation while on root to a meeting in Copenhagen for the cop15 summit.

Feel free to add any more relevant ones...

Hi-
Trapese has just finished a successful series of events as part of C-Words at Arnolfini, Bristol around the theme of climate justice. This was part of the gallery's 100 Days countdown to Copenhagen. Thanks for all of you who came along and took part. Now we are gearing up to go to Copenhagen!
Last week at the gallery we arranged to interview Cristian Dominguez, one of the Bolivian delegates to COP 15. Follow this link to watch the interview and hear how he and Yasmine, a woman from Bristol who is going to Copenhagen too, are both calling for a civil society mobilisation to the COP 15 summit.

In Spanish with English subtitles, 18mins
Please forward, link to it, screen it as you like, etc.

Trapese will be doing two workshops at the Klima Forum in Copenhagen on 14th Dec (Climate Change and the Politics of Transition, 13-16h) and 15th Dec (Popular education; building movements that think critically, 10-12h) December. For more details see

They’ll cop out so we’ll camp out.

On Saturday December 5th 2009, Climate Camp London will be joining the tens of thousands of people descending on London to help put the spotlight on the failing international climate talks in Copenhagen.

Now is the time to challenge the vested interests, corporations and political systems that are causing climate change - so we’ve got a secret plan to take a space in the city after the wave*.

It’s time to show our 'leaders' how we’re going to take action to reduce emissions ourselves.