Sheffield No to Deportations and Destitution Protest

Some photos from the well attended No to Deportations and Destitution demonstration held outside Sheffield Town Hall on Saturday 28th November 2009. The demonstration was organised by South Yorkshire Migration and Asylum Action Group (SYMAAG) and supported by Sheffield Committee to Defend Asylum Seekers. 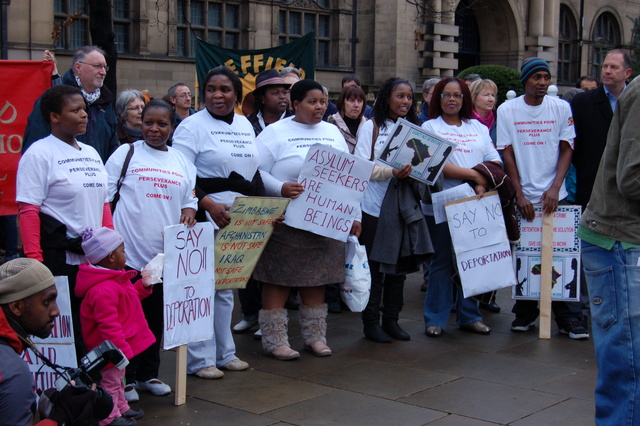 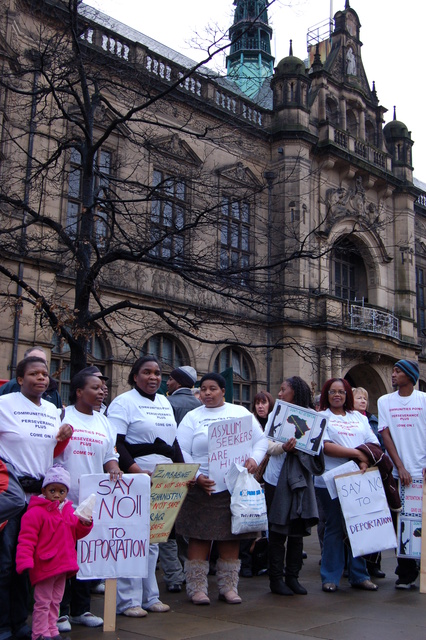 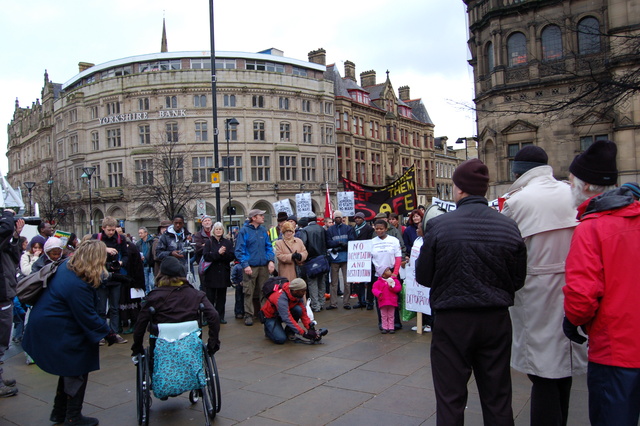 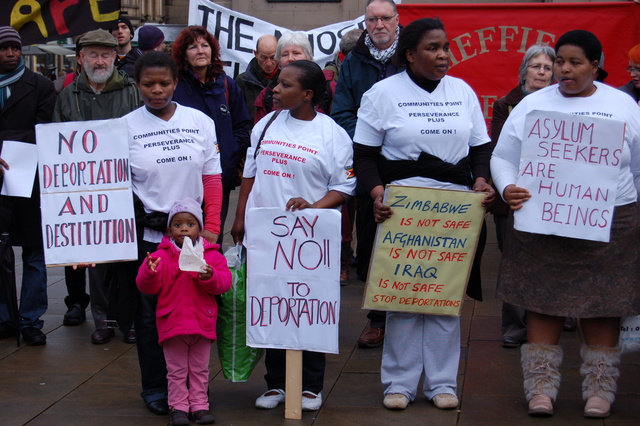 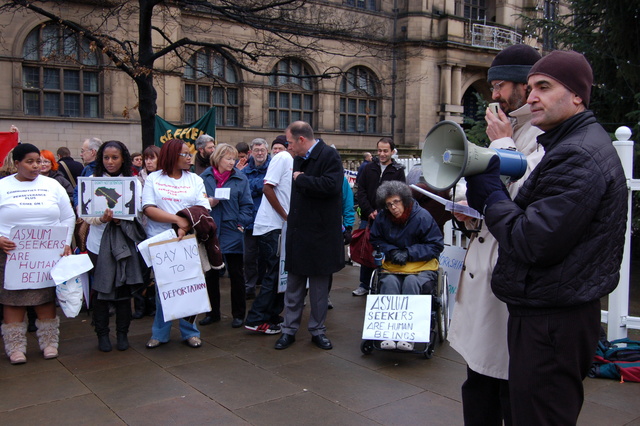 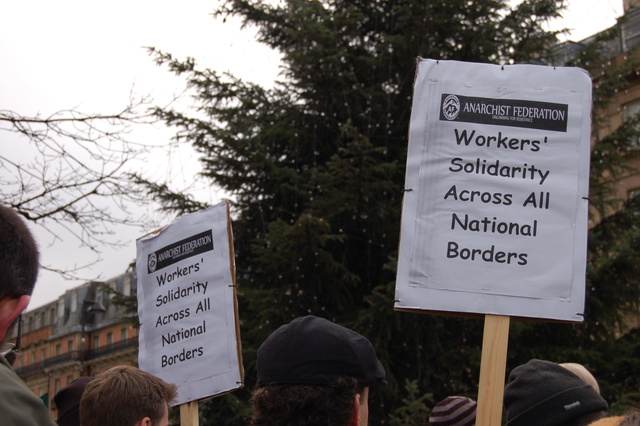 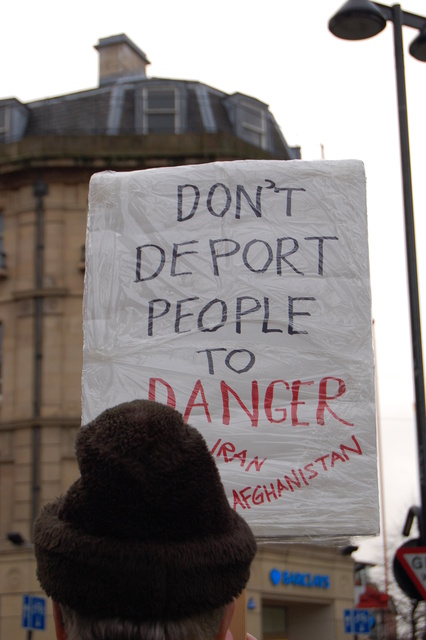 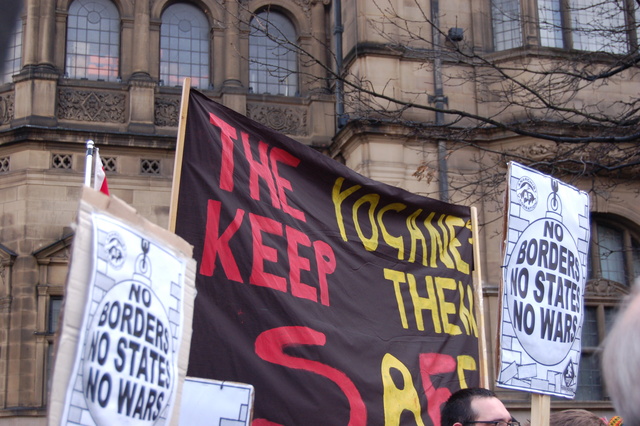 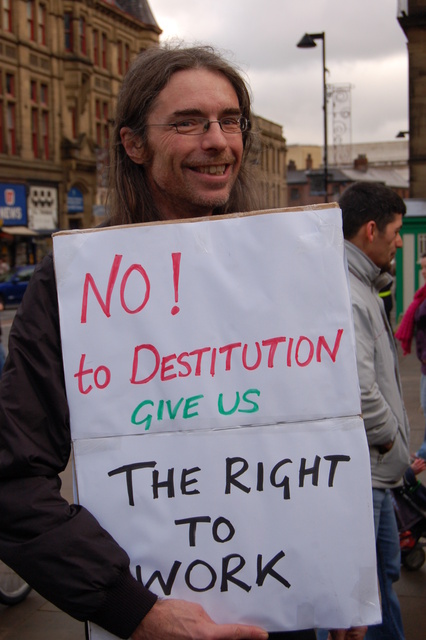 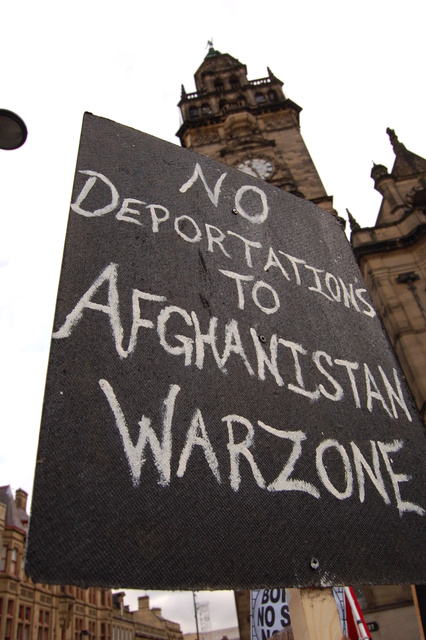 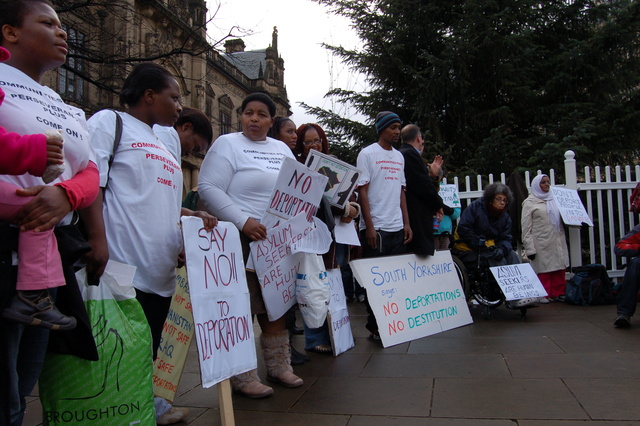 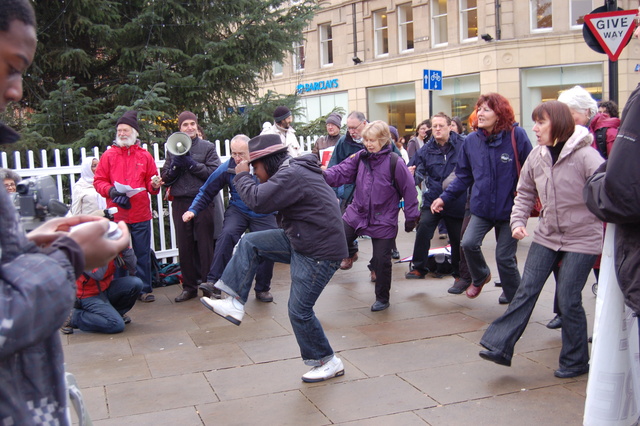 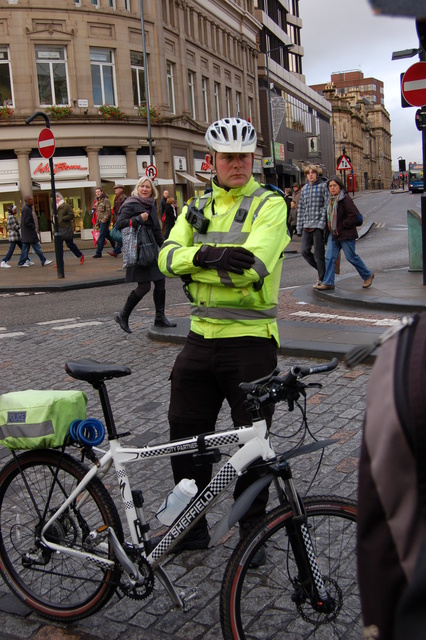 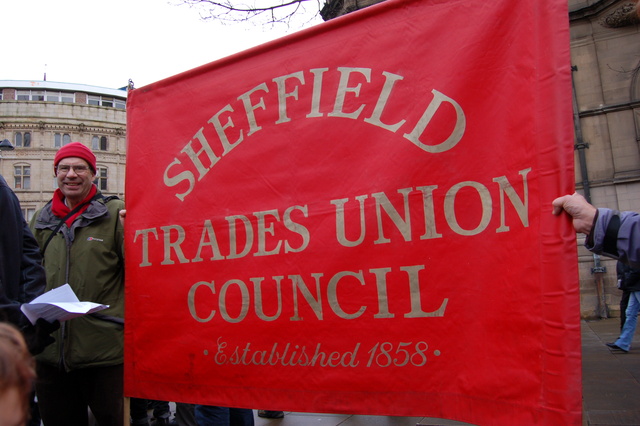 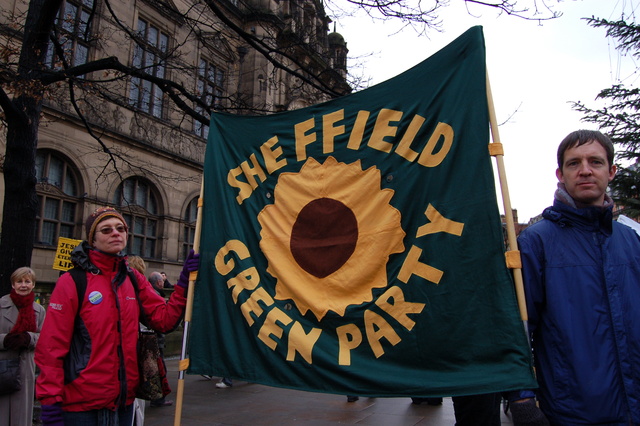 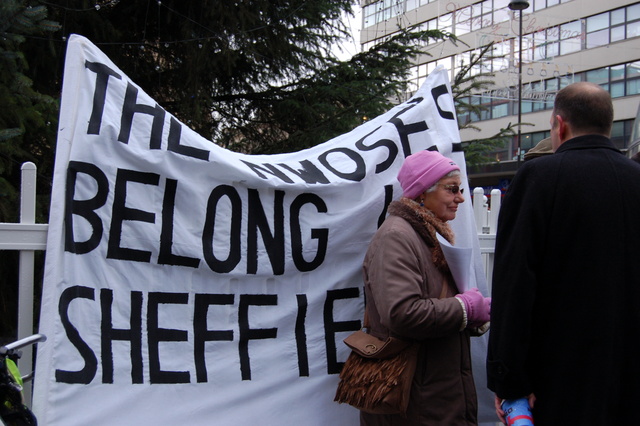 The notice of the demonstration was posted here:

There are no leaders for the free..

As anarchists we recognise that the far left/right and the likes of AFED differs from other political scum more by degree than by design. The Tories physically attacked working class communities and caused a quarter of a century of impoverishment. The Labour Party has introduced over 3000 new crimes since 1997 and has whittled away our hard-won liberties - such as Habeas corpus, the right not to be tortured, etc, etc, and even, with their supposed solutions to anti-social behaviour, the right to a trial by a jury of our peers - to a higher degree than any other peacetime government.

ALL mainstream political parties and this means the far left and right and some anarchist, follow the same socially and environmentally destructive Neoliberal (and highly fascistic) economic trajectory that has been responsible for so much suffering in working class communities

We need to make capitalism history, until the day there is a realisation of the truth from the far left right left and the likes of AFED you can not reform capitalism we shall be the voice of objection this is why the new group of the Yorkshire Anarchist was not there today, neither shall we stand aside the likes of AFED there is no vanguard of the working class, either from the far left/ or anarchist there are no leaders for the free.

are the protesters against all deportations

could anyone involved in this protest clarify this....is it the case that the protesters are against all deportations per say.what about those who have committed terrible crimes like murder rape and have no legal right to be here also would the protesters campaign fr the rights of murderous Somali pirates who under the human rights act claim asylum in this country when captured by British naval vessels.

In certain circumstances deportations are necessary unlike the previous poster #no 3 i won't give any flippant examples but the idea that the state is always wrong to deport people is ridiculous.

What exactly do crimes have to do with deportations?

You commit a crime and are rehabilitated/punished. or are you suggesting we send all our criminals to Australia?

In the case of Baroness Scotland

in the case of the cleaner who violated immigration laws while in the employment of baroness Scotland there is talk of her facing 10 years in jail erm no way if she is convicted then deport her.in the case of the illegal immigrant who is suspected of killing pc Sharon Beshenivsky had he been caught and convicted before he fled the country then rather serve his sentence in a British jail he should on conviction be sent to his country of birth to serve his sentence there.Those who would welcome murderous Somali pirates to our country should stop for a moment and reconsider their words carefully.

No, I REALLY am sparticus?

You've still not explained what deportation has to do with crime.

Do we send all people guilty of crime to australia, like in the bad old days?

I thought most people had grown out of such a child-like mentality. Crimes you commit/have commited have no bearing on where you live, where you have lived previously, where you will live in the future.


If I commit a crime in london, should I be sent back upto manchester? Crazy logic you have there!