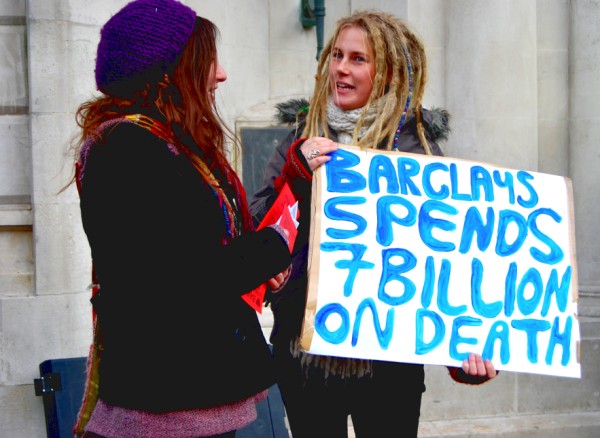 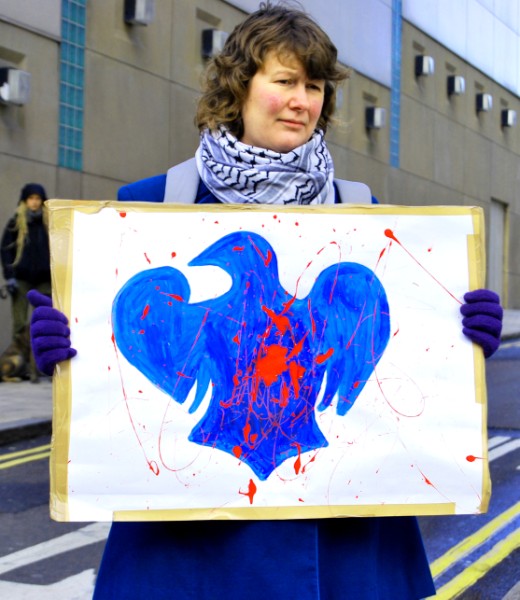 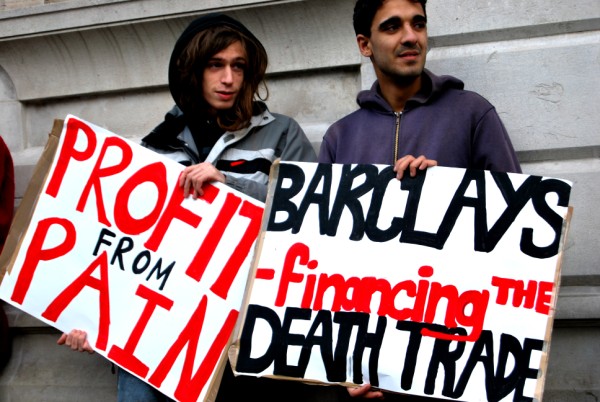 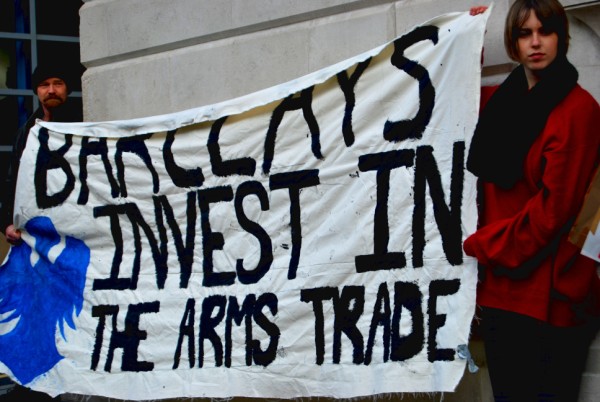 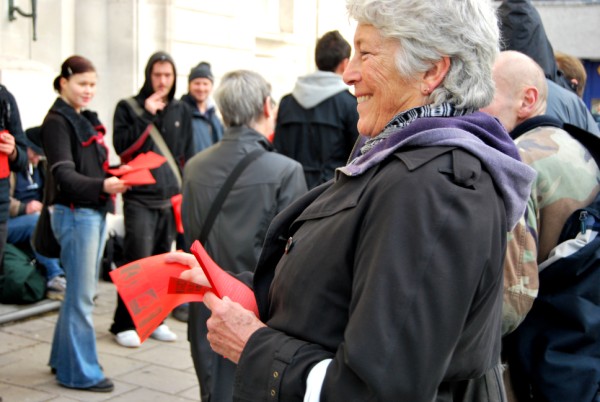 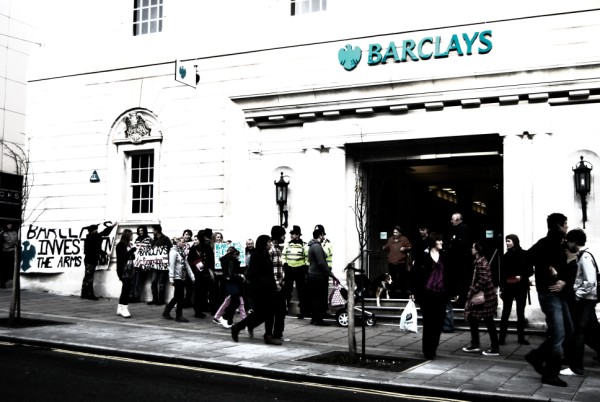 On Saturday 28th November protests took place in Brighton, Wrexham and Cambridge as part of a day of action marking the launch of ,Smash EDO's 'Target Barclays' campaign.

As ITT’s market maker, Barclay’s acts as a ‘middle man’, purchasing shares from a seller and holding them until such a time as a buyer becomes available. This ensures the stability of ITT’s share price by allowing shareholders to sell off their assets at any time, even when a buyer is not immediately available, and vice versa. Barclay’s also profits from this enterprise, by selling ITT’s shares at a small markup, which nevertheless generates a considerable income when spread across large sales.

In Wrexham a picket was held outside the new local branch of Barclays and in Cambridge on the night of the 27th November a group of anonymous pixies scaled scaffolding above there local Barclays branch and carved the words "Barclays - £7bn in the Arms Trade" in six foot letters into tarpaulins. The message was still visible on the evening of the 28th.