On Nov 30th, Rising Tide-Plymouth 'Climate refugees' d-locked themselves to Barclay's bank building's entrance to highlight the investments this bank is doing on Coal, Tar
Sands and Arms Trade in times of Climate emergency.

Two activists stayed locked on inside the building entrance for 2 1/2 hours chanting, singing, and informing Barclay's customers of Barclay's dodgy investments, before they were arrested. Barclays eventually closed their main entrance and members of the public were very supportive.
Coal is the dirtiest, most dated and inefficient fossil fuel (1)

Tar Sands Oil is the dirtiest and most expensive oil in terms of extraction and emissions -and global oil resources are running out! (2)

The Arms Trade generates violence everywhere and also greenhouse gas emissions -Barclay's being the largest investor of all UK banks in this sector. (3)

Coal,Tar Sands and the Arms Trade are not only responsible for a phenomenal amount of global Greenhouse Gas emissions but if they do continue, it will lead us inevitably to runaway Climate Chaos. We have already more than 20 million of refugees from environmental disasters caused by global warming.

This action seeks to remember the power of the People to confront issues that endanger their future as people in Seattle did 10 years ago(4), when a massive direct action took to the streets of Seattle to stop the World Trade Organisation meeting to keep making profits out of our future.

Also, Rising Tide want to raise their voice towards Copenhagen Climate talks (COP15) where thousands of people will pressure for real Climate Justice and to stop the 'business as usual' attitude towards Climate chaos(5)

Anne Smith, spokesperson for Rising Tide-Plymouth explains: "Our future is under a big threat called Climate Change, we, the people, need to take responsibility to do something about it. Today, tens of thousands are mobilizing to COP15 to say enough is enough. Enough of putting profit before life. Enough of 'business as usual' at the expense of our future. Enough of making excuses with false solutions to keep exploiting people and the planet".

Rising Tide is a grassroots network confronting the root causes of Climate Change with Non-violent direct action and Popular education.

1. Coal is recognized as the dirtiest, most dated and in-efficient fossil fuel. See the report “Cashing in on coal”:

4. In November 30th 1999 thousands of protesters shut down the WTO meetings for 4 days. See: 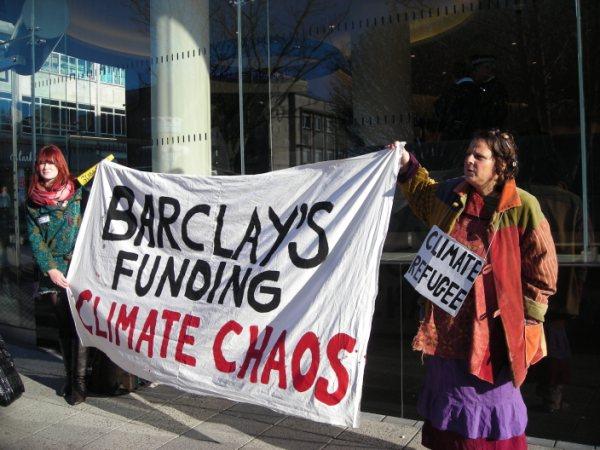 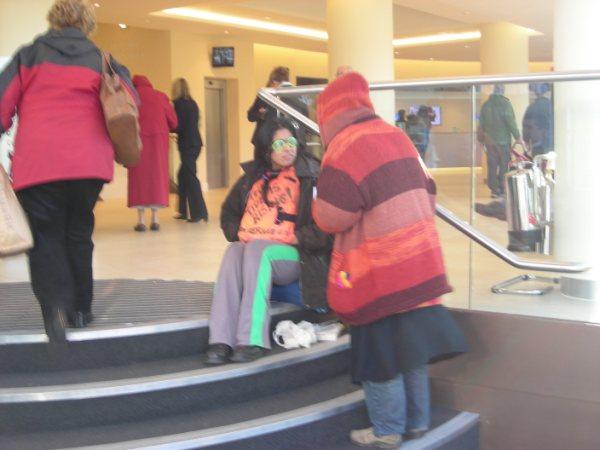 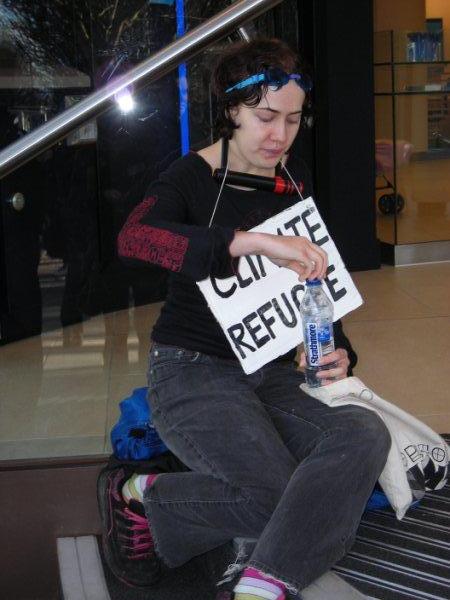 Here are some photos from the action