Provided below is an honest depiction of what happened during the protests at the celtic hapoel tel aviv football match, unlike what is been depicted in the major news organisations. 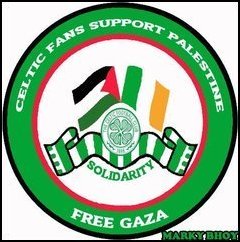 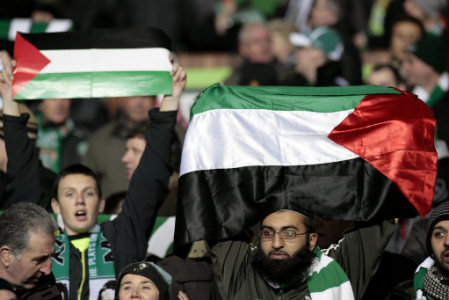 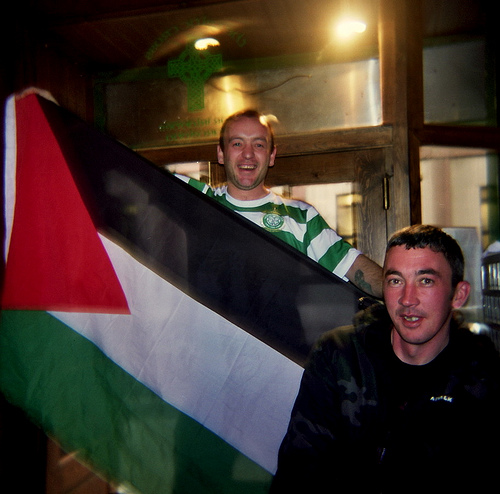 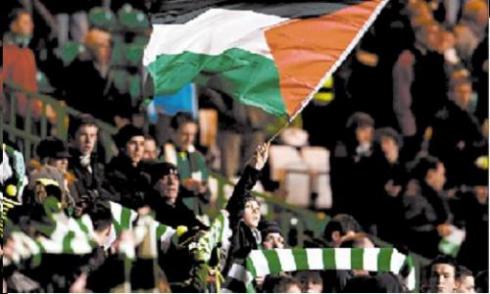 The celtic hapoel tel aviv game was a successful joint activity conducted by the SPSC (Scottish Palestine Solidarity Campaign) and the STUC (Scottish Trade Union Congress). This demonstration was required to show the solidarity with the Palestinians almost one year on since the massacres in Gaza. To protest against was against the Israeli Ambassador Ron Prosner as well as representatives of the JNF. Not specifically against Hapoel Tel Aviv as their supporters have done progressive work bridge the differences amongst Israeli’s and Palestinians.
The Jewish National Fund is involved in land projects and settlements in the West Bank territories illegally occupied by Israel since 1967 making it complicit in war crimes. The head of the JNF’s land settlement department, Joseph Weitz, wrote in his diary in 1940: “The only solution is to transfer the Arabs from here to neighbouring countries. Not a single village or single tribe must be let off” (book of reference Illan Pape: The ethnic cleansing of Palestine, pg62)
There was practically few criticisms from celtic supporters in reality at the day of the protest at celtic park towards the people distributing flags. The STUC and the SPSC had 10,000 flags to distribute, all the flags had been distributed out. And this can demonstrated whenever a goal was scored by celtic and at the last ten minutes of the game you will see small and large Palestinian flags flying up in the background all around the stadium. Just watch the replays yourself. Unlike what the biased reports of the Jewish Chronicle which is a staunch supporter of the JNF (Jewish National Fund).
What the openly JNF supporting Jewish Chronicle news articles have done is it has stated that celtic supporters had rejected the demonstration and found it disgraceful. Using only the same few quotes of critical fans.
What the Jewish Chronicle and many other criticizing media sources who are staunchly against the Palestinians legal right to resist occupation have said is that celtic supporters refused to take part in the protest resulting in a low turn out. In reality celtic had a slim chance in qualifying further into the uefa football tournament, as a result would have hindered the number of supporters coming to the stadium. Especially when tickets were priced at £32 each. Celtic bosses asked celtic supporters to ignore the protests which for the bosses attempts drastically failed. It is of no surprise that what many people call war criminal John Reid is the chairman of celtic.
Many people say celtic chairman john reid is a war criminal this is no surprise why he and the other bosses so disgracingly urged celtic supporters not to participate in a protest to show solidarity to some of the most oppressed people in the world.
It is important that Scots take a more independent angle with politics in the world. As it has majoritarily done with issues regarding Iraq and nuclear weapons. As Brother Walfrid the founder of celtic said “A football club will be formed for the maintenance of dinner tables and the unmenployed.” Especially so when 65% of gazans under siege are unemployed its necessary to show solidarity.

Much congratulations to the STUC showing their solidarity to the Palestinians.

I am against racism, discrimination, anti-semitism and sectarianism. So this article does not intend to put forward any of the above.

Even though the protest according to the STUC was to show solidarity with palestine. Many have felt it was against Hapoel Tel Aviv. This is not so. It is worth reading this article though,