The English Defence League (EDL) clashed with police after a rally in the city center turned violent. Around 700 EDL marched through Nottingham chanting “Muslim bombers off our streets & no surrender to the Taliban”. 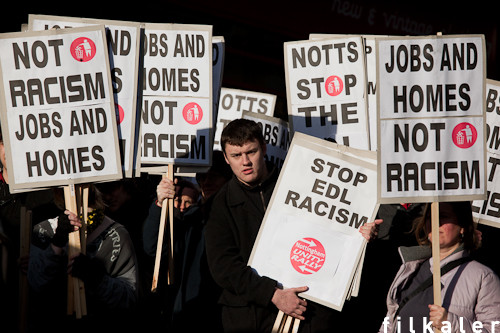 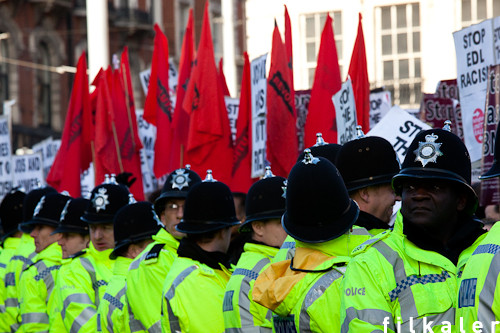 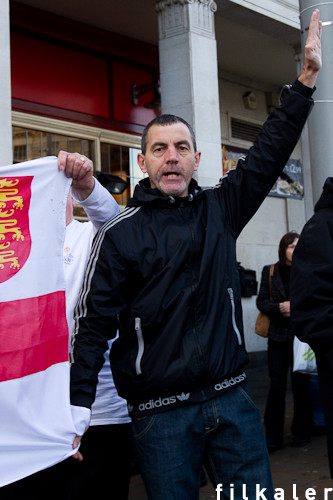 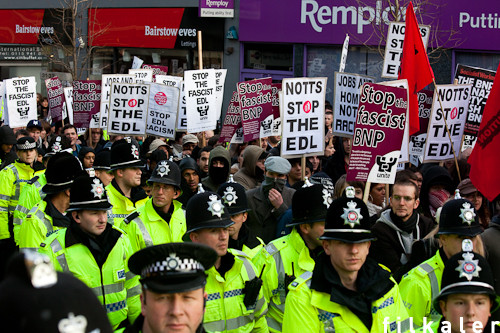 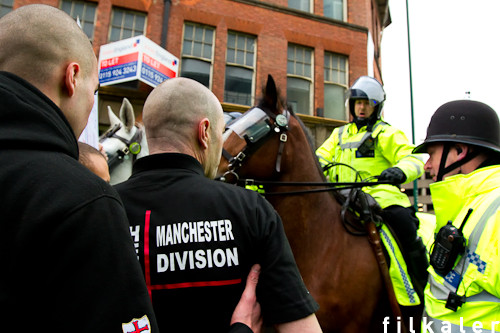 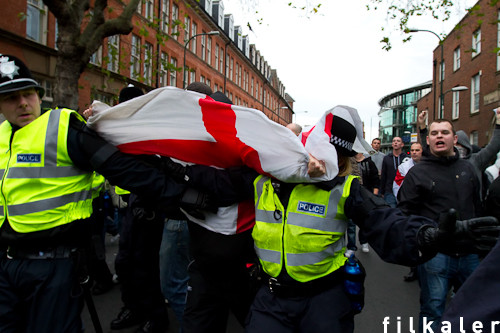 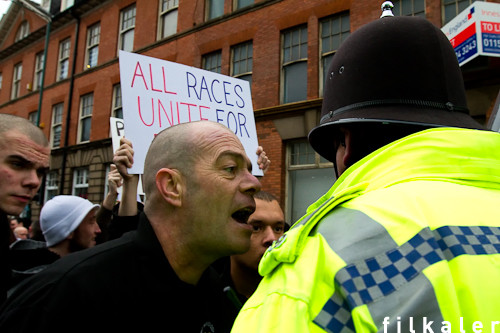 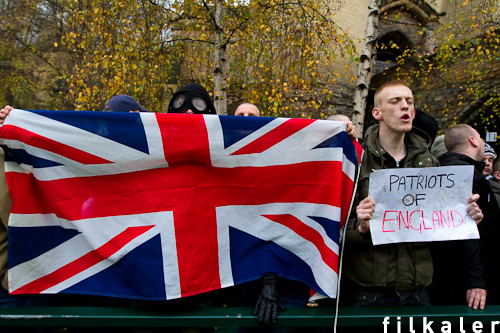 A counter protest was held by Unite Against Fascism (UAF) and supporters, who clam that the EDL is racist organisation. There were sporadic skirmishes between EDL member and UAF protesters. The police made a number of arrests and closed major roads during the protests. The EDL say that they are simply protesting against radical Islam.