A timely reminder of events unfolding last year, using a now familiar canvas. Happy New Year, those who are free, cherish it, freedom is not free... 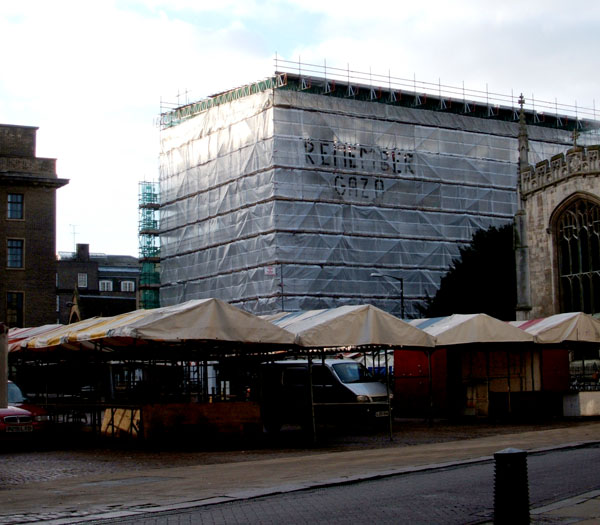 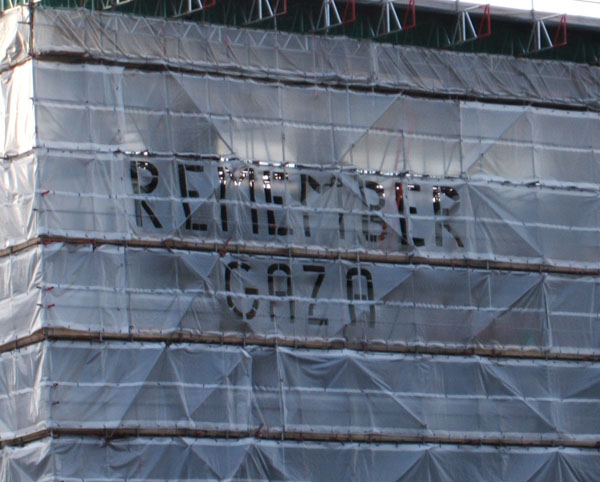 "From December 27th 2008 to January 18th 2009 Israeli bombers pounded Gaza. The Israeli assault was the most violent since the occupation began in 1967. On the eighth day of the attack Israeli Occupation Forces (IOF) entered Gaza and remained there for two weeks. Throughout the 22 days of the assault civilians were delierately targeted, hospitals were attacked, schools were bombed and 1417 people were killed, including at least 318 children.

The international Palestine solidarity movement is calling for January 2010, the first anniversary of the massacre, to be a month of solidarity actions in support for the campaign for boycott, divestment and sanctions against Israel."

Give us a canvas, and we shall deliver...

At a time of excess and celebration, take a moment to reflect back on the experience of those in the occupied Gaza strip, who last year were under assault from the Israeli military, and still face a daily struggle for the peaceful freedom to live a normal life.

Occupation and repression does not take days off, neither should we.

Keep up the good work. Great to see such creative actions. Well done. 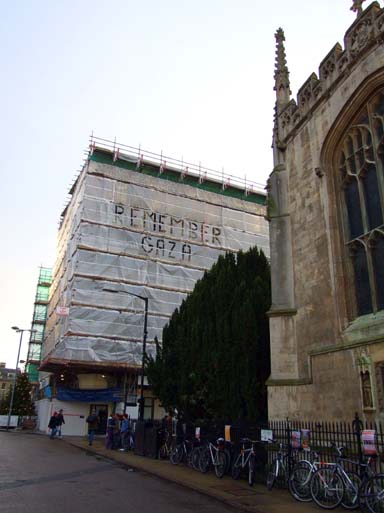 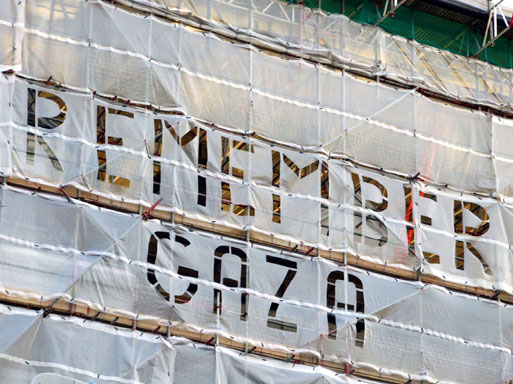 I was wandering through the Market Square purely by chance yesterday and spotted the same thing.

I have a good idea who is responsible, but I'm sworn to secrecy!
;-)