His single crime for which he has been sentenced to over 15 years of imprisonment: "e-mailing videos of last summer's public demonstrations following the disputed re-election of President Mahmoud Ahmadinejad." 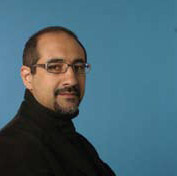 While the leaders of the Western powers are gathering together preparing to make concessions to a regime that imprisons and tortures its own citizens - both rich and poor, but most especially the poor - President Obama is not willing to lift a single finger to help free Prof. Tajbaksh.

Instead, the United States has decided to seize remaining Iranian assets in New York City, while making further demands regarding the civilian nuclear program.

The new deals being discussed between the Western powers, Russia, and China involve only and only the civilian nuclear program.

There is not a single shred of evidence to suggest that Iran has any secret nuclear weapons program, despite the fact that both Russian and Chinese intelligence have allegedly been spinning such fantasies.

In all of these closed-door discussions, the plight of political prisoners is not being discussed.

Among American and French nationals of Iranian background being imprisoned, there are also UK nationals locked away in secret detention centres in Shiraz and Mashad. Not to mention the many Canadians of Iranian descent.

The answer is no. They will not left a singler finger. Each and every night they gorge themselves with their steak dinners and thousand dollar wines.

Prof. Tajbaksh made one mistake while in Iran. He stated, and I quote him, "Contrary to what our American and European leaders are claiming, tyranny is not going away. Tyranny is on the rise. From Russia to China to the new European Union to right here in Iran, we are witnessing the rise of a new global order. And there is nothing anything any of us can do to stop it from happening unless we wake up and open our eyes and stop it, to do anything in our power to keep the world from becoming a complete military order. The United States is a corporation. Russia is a corporation Iran is a corporation. We might have to deal with these corporations, but we don't have spend a single cent to buy what they are selling."