The BBC has published an article about plans to build new Offshore Wind Farms in sites beyond the UK territorial waters. The Crown Estate has already provided private companies with exclusive agreements for the use of these sites, which it does not own! Could this be an attempt to extend the UK territory? Could it be an attempt by the companies to establish independent nations to avoid taxes? Or could it be our chance to exploit the situation and establish an anarchist utopia? 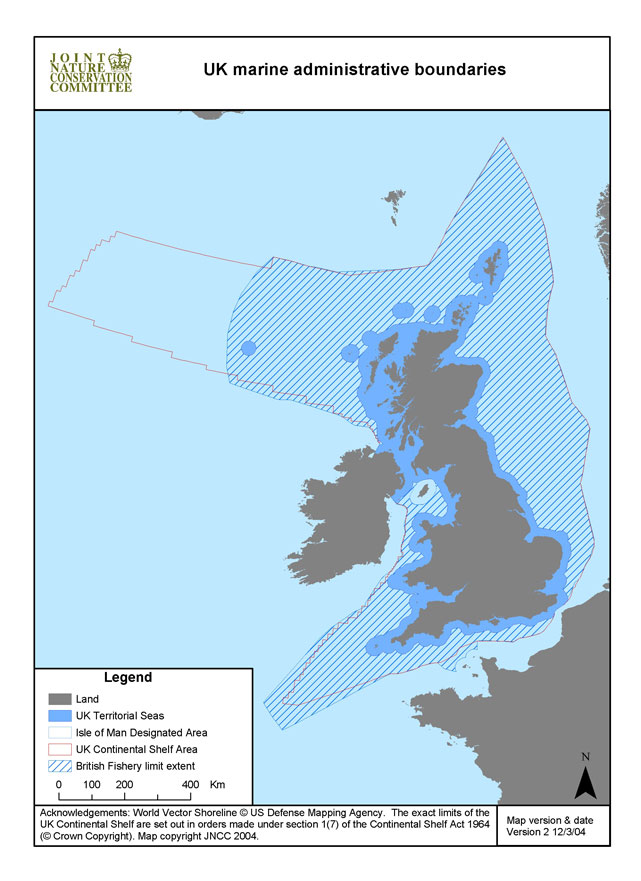 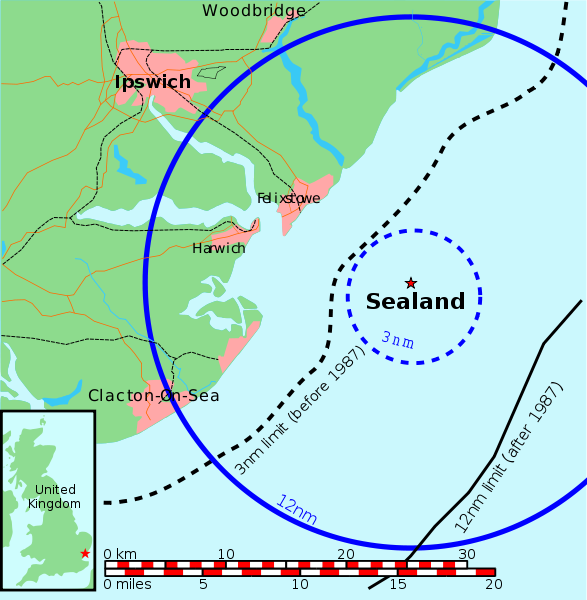 Sealand and the UK Territorial Limits

According to a recent BBC article (

http://news.bbc.co.uk/1/hi/business/8448203.stm), "Successful bids for nine new offshore wind farm zone licences within UK waters have been announced.
A consortium including Npower and Norway's Statkraft won the licence for the biggest zone, in Dogger Bank, which could produce nine gigawatts of energy."

Interesting. Reading a bit further, it is revealed that "The winners have signed exclusive agreements with the Crown Estate, which owns the UK seabed.".

Even more interesting. "They will be positioned up to 205km off the coast, compared with 25km currently.", we are told. Which of course, is the most interesting fact of all!

It is a fact that the UK territorial waters only extend 12 Nautical Miles, which is about 22 km, off the coast of the country.

The United Nations Convention on the Law of the Sea (UNCLOS) has defined a further zone, extending another 12 Nautical Miles (22 km) further from the territorial waters, named the "Contiguous Zone". Within this zone, now extending to a total of 24 Nautical Miles, or 44 km from the coast, the government has limited legal powers which only apply to Immigration, Customs, Taxation and Pollution.

According to The United Nations Convention on the Law of the Sea again, the area beyond the Contiguous Zone, and up to 200 Nautical Miles (360 km) from the Baseline is called an "Exclusive Economic Zone". Within that zone, the country it belongs to has the right to exclusive use of the natural resources, but no specific ownership rights. National law does not apply in this zone. The Exclusive Economic Zones are regulated by international bodies, International Law, and Marine Law.

According to that, the "exclusive agreement" provided by the Crown Estate to the highest bidders is not enforceable. Since access to the Exclusive Economic Zone cannot be regulated, it is easy for other parties to exploit the situation. The Crown Estate insists that it somehow owns this territory. This claim does not seem to have any legal standing.

In the past, we have seen the case of the Principality of Sealand, an established independent state with de facto recognition by means of a UK court decision. We have also seen the aggression to eliminate offshore radio broadcasting. In both examples, the right of the UK government to prosecute the actions outside its territorial waters was questioned. A separate law was needed to cover offshore unlicensed broadcasting, which was passed, resulting in a new threat for broadcasters, which eventually caused their demise. Sealand is still there, as there is nothing they can do about it, even though it is now within the 12 Nautical Mile territorial waters limit. This is because when it was established and declared its independence, the territorial water claim of the UK was only 3 Nautical Miles.

Since the Dogger Site does not even touch the Contiguous Zone, let alone the UK Territorial Waters, this is an attempt to occupy a neutral territory. This could be exploited in a number of ways.

For a start, once structures have been built, it can be claimed as land, therefore an extension of the existing UK territorial limits and territorial waters. It could also be claimed as an independent nation by the companies that will build the structures and exploit the energy potential of the site. In such case, it can mean that Energy companies can set up their own tax havens in the high seas.

But apart from the negative aspects, there is a very positive one as well. As soon as structures are built, before any other party has enough time to claim an extension of the UK territory or the establishment of an independent state, the structures can be squatted and modified. A sea colony of anarchists could then create their own utopia and claim their independence. Any aggression by the British Navy would constitute a breach of Marine Law as an act of International Piracy. Prosecution would not be an option. British law does not apply to the Dogger Site yet. It is up to us if it ever will.

Seasteading has been considered widely by several anarchists as a way of forming a utopia that would not need to subject itself to the oppression of a host state. The most difficult part of the realization of such an idea is the huge financial cost involved. This is a great opportunity to let a corrupt government along with its sponsors do their dirty tricks, provide the infrastructure, and then take over and show them that their laws can also be used against them.

The location is ideal, the structures are ideal, plus their very nature would also provide such a sea colony with plenty of electricity!

A very optimistic dream or a very good chance? You choose! In any case, the government and big business are doing their magic tricks again, this time dealing with fictional property..