Masoud Ali Mohammadi, a 50 year-old nuclear physics professor who has been a public supporter of opposition figure Mir Hossein Mousavi and an advocate for secular democratic reform in Iran was killed outside his home by a motorcycle rigged with a bomb. 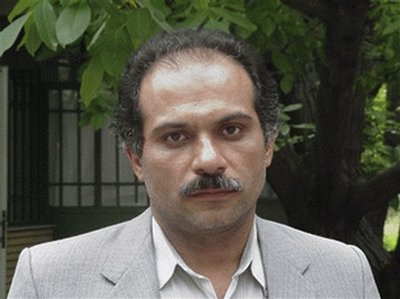 The Iranian Fars News Agency quoted state officials as blaming the CIA, possibly with the assistance of Israeli intelligence, for the assassination. The United States has denied the accusation while Israel has not yet made any comment.

The Iranian Foreign Ministry has also accused the People's Mujahedeen Organisation of Iran (PMOI) of carrying out the assassination for the Israeli Mossad. The PMOI has denied the accusation.

The professor had no links with the Iranian civilian nuclear program or connections with any nuclear research facility or military research centre. According to a few of his students, the professor had strong pacifist and anti-war leanings, expressing hope that the United States and Israel would not attack Iran, and had at times made comments critical of both religion and the state.

However, an anonymous source within the Iranian Students News Agency have stated that the Tehran University professor, Masoud Ali Mohammadi, was a known unofficial supporter of Mir Hossein Mousavi and a quiet advocate of secular democracy. An official at Tehran University had apparently once accused the professor of being an atheist, a charge Mohammadi denied. No charges against him were filed at the time.

However, the professor was not known to have ever actively taken part in any demonstrations or protests against the state or to have ever made public statements condemning the Iranian government.

There has been quiet speculation amongst domestic analysts and journalists that if the professor had been assassinated by the Iranian state, that it was due to his possible refusal to assist in the nuclear program or that they feared a possible defection to the West.

Speculation and accusations aside, it is an established fact that Masoud Ali Mohammadi was not actively involved in politics nor connected to any work remotely related to Iran's civilian nuclear program nor to any alleged military research.

According to all sources, Masoud Ali Mohammadi was simply a nuclear physics professor, well-liked by his students and an unofficial supporter of secular democratic reform.