Saturday 16 January 2010: First anniversary commemoration of the 1417 victims of the 2009 Israeli military incursion into Gaza, held in London's Trafalgar Square. 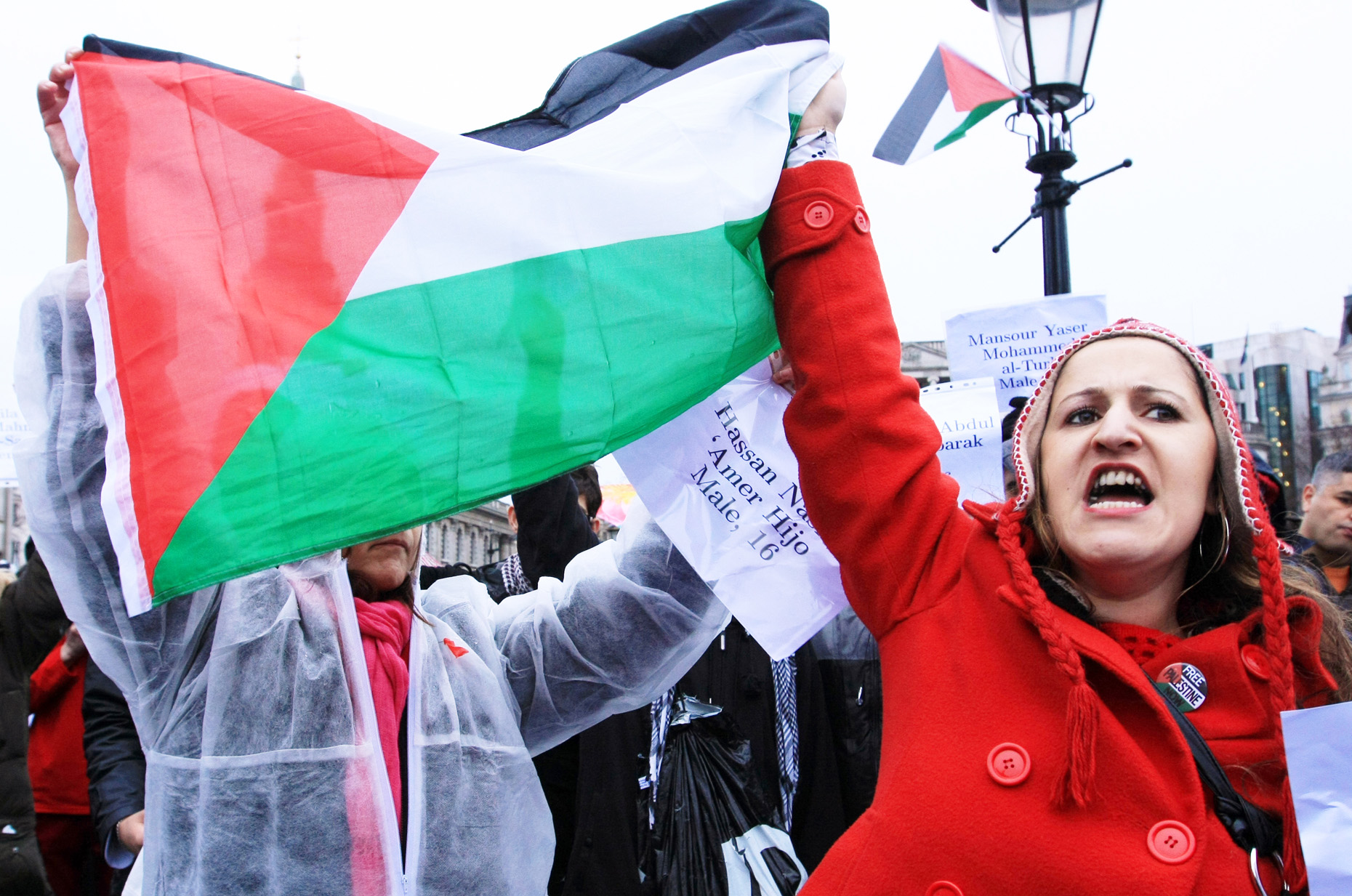 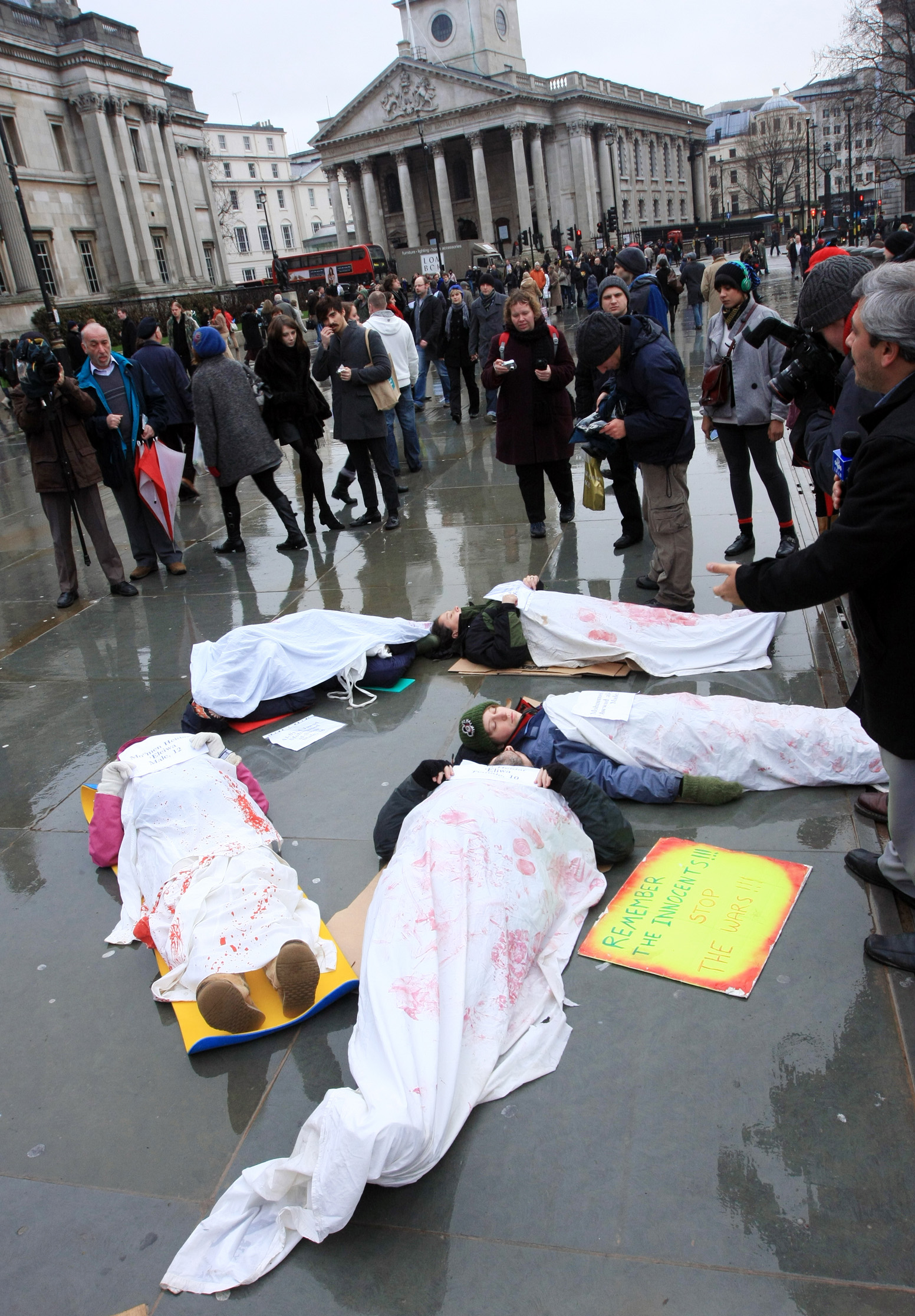 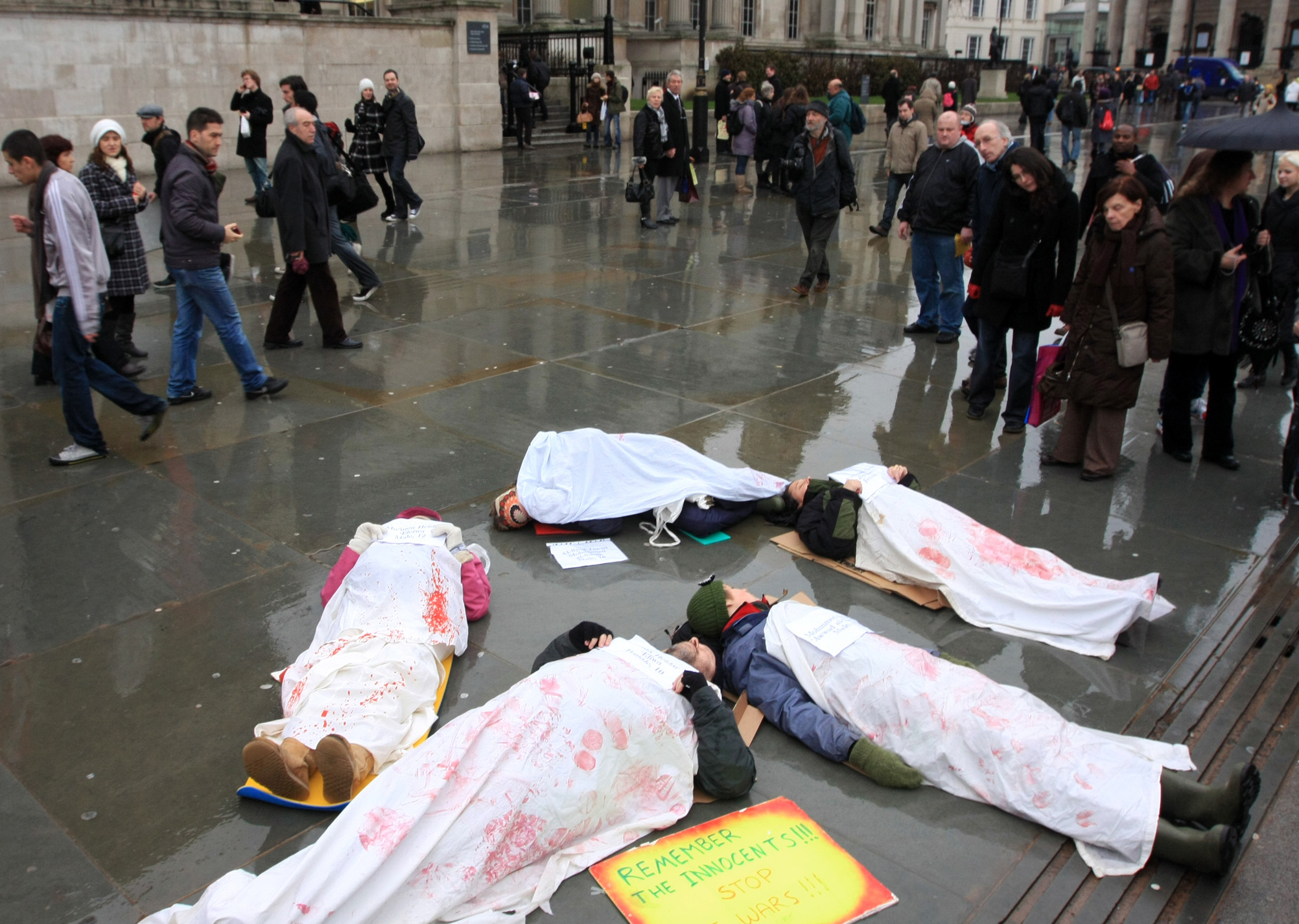 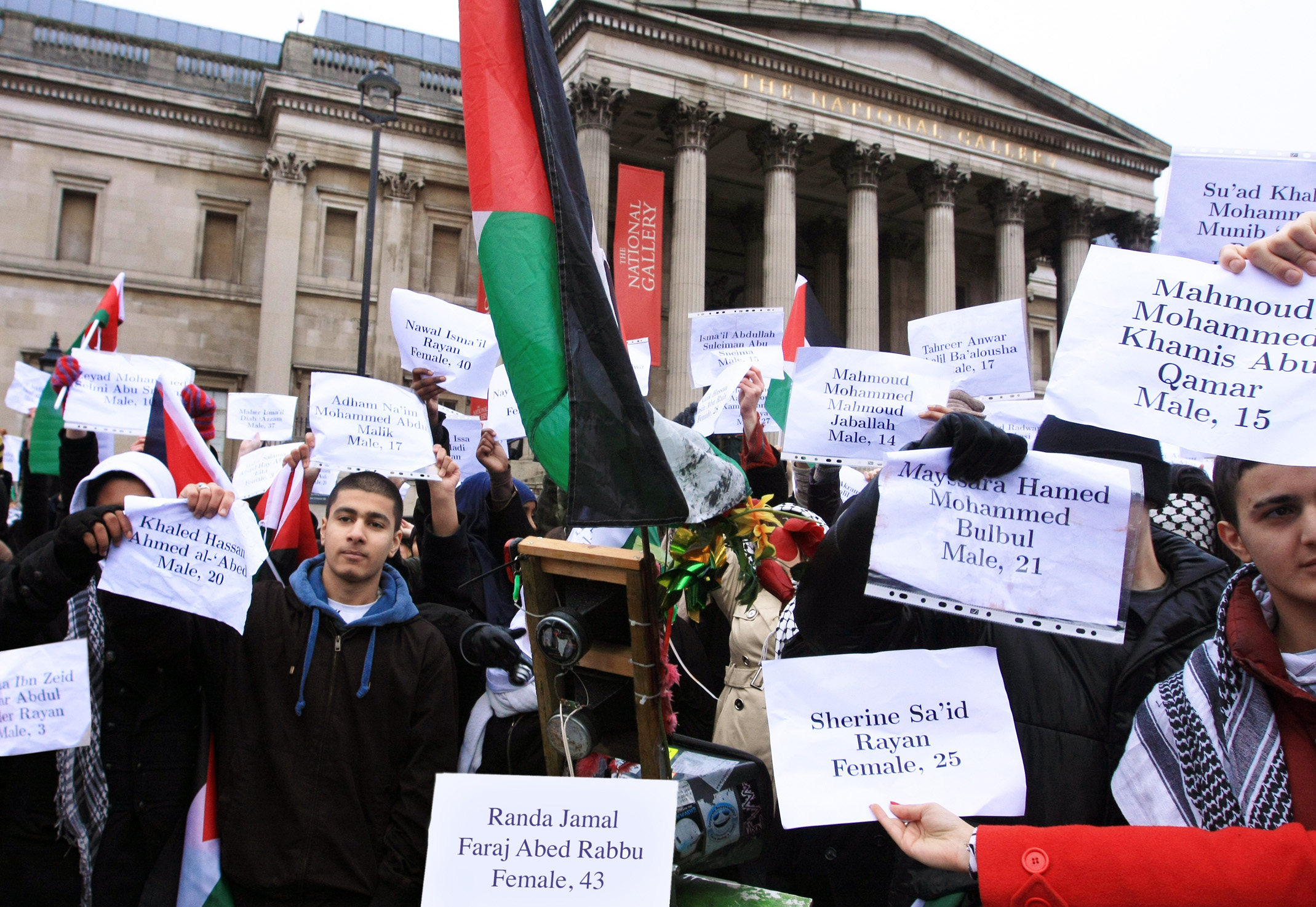 Palestinian supporters hold the names of some of the 1417 dead

Palestinian supporters congregated in London's Trafalgar Square during a demonstration to commemorate the first anniversary of the Israeli military incursion into Gaza
Demonstrators held aloft pieces of paper with the printed names of many of the 1417 casualties, while honoring the dead with a minute's silence. Later, five blood-spattered 'corpses' had a 'die-in' on the ground.
Speakers included Palestinian journalist Sameh Habib, who reported from Gaza during the Israeli occupation, Natalie Abou Shakra, who lived through the siege, and Manal Timraz, who lost 15 members of her family to Israeli brutality, one of which was her 2-year-old nephew.
[Photos: Alec Smart]