Brighton hosted over 500 protesters calling for the closure of the EDO/ITT weapons factory, which manufactures bomb parts used against the people of Gaza last year. 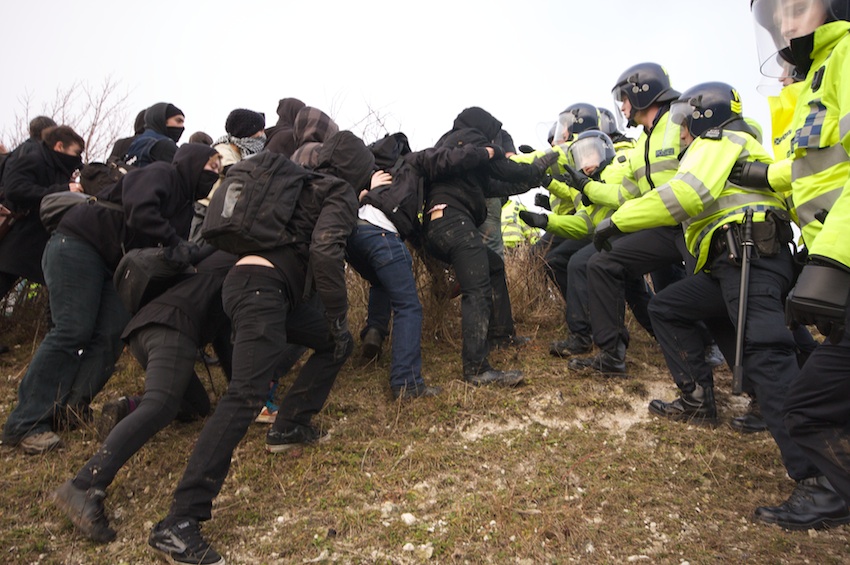 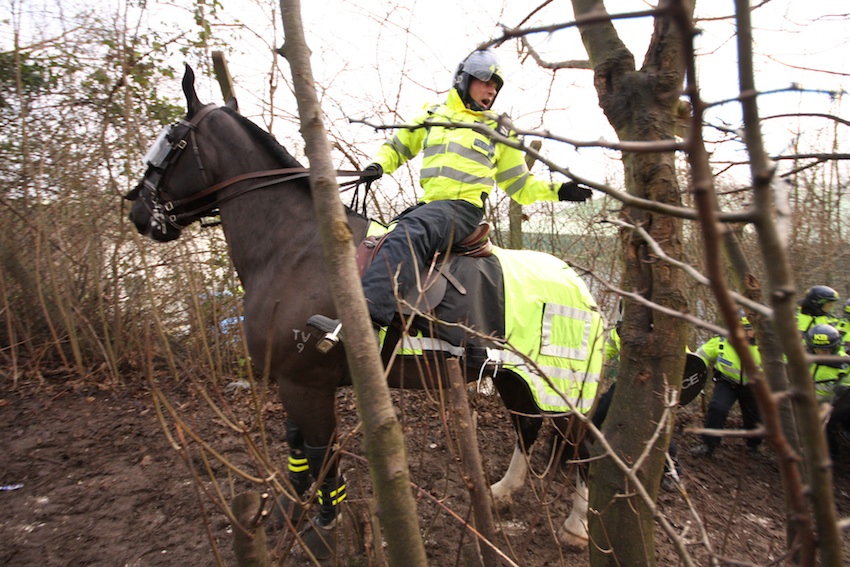 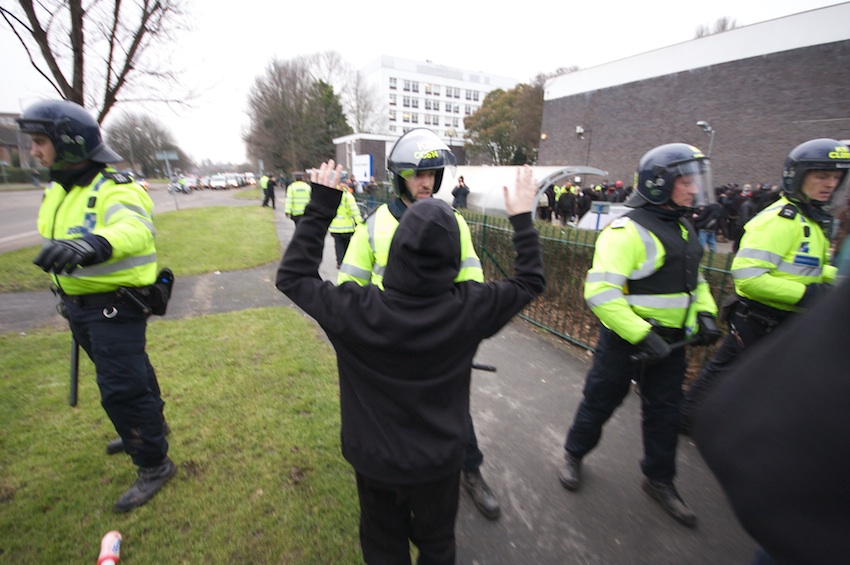 In Brighton, protesters resist all attempts to control the demonstration

Police used force to try and dispel the protest and demonstrators were kettled and subject to baton charges. Clashes outside the factory led to several minor injuries, and at least five arrests were made, including one medic.