DE: Searches against Antifa in Berlin and Dresden

At the 19th February took place a wave of searches against left and anti-fascist rooms, which support the protest against the Nazis’ march at the 13th February in Dresden. 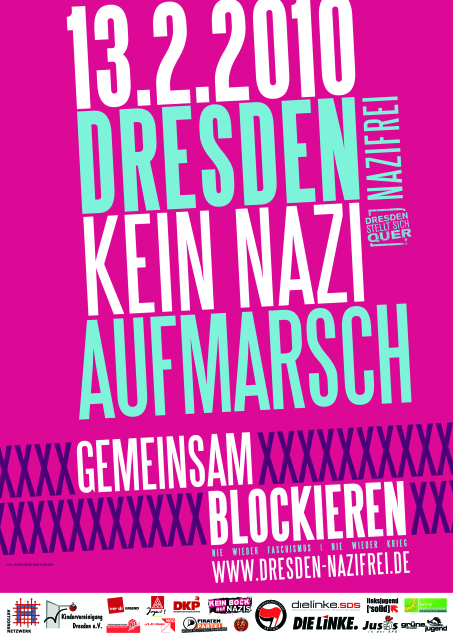 The Antifa-store “Red Stuff” in Berlin/Kreuzberg and the Info-office from the party “Die Linke” in Dresden were searched by cops from LKA (State Office of Criminal Investigation) Saxony and Berlin on order of the prosecution from Dresden. In Berlin and Dresden have been confiscated several thousands of flyers, placards and stickers, which called to participate in the protests against Europe’s largest Neo-Nazi march as well as computers. The reasons given by the prosecution in the search warrant are: that the call to civil disobedience and blockades is a public call to commit criminal acts. Police announced to take further “legal”actions.

230 groups and organisations as well as 800 individuals (among them musicians like Bela B (Die Ärzte), Konstantin Wecker , members of the Bundestag from “die Linke” and Bündnis 90/Die Grünen, members of the Landtag from SPD, the mayor of Jena, union secretaries and priests) participate in the nationwide association “Dresden Nazifrei”, which calls for mass blockades.

Pictures from the searches in Berlin:

Articles about the searches:

List of groups/organisations and individuals who participate in the association “Dresden Nazifrei”:

Mobilisation against the Nazi’s march in Dresden: