Life is too short to be controlled

Over 150 people took part in a march, organised by 'London NoBorders', 'Life is too short to be controlled' was a protest in London on Saturday (23/01/2010) against the increasing control over our lives through increased police powers to stop and search, increased surveillance and controls on freedom of movement. Photographs Copyright (C) Peter Marshall, 2009. All rights reserved. 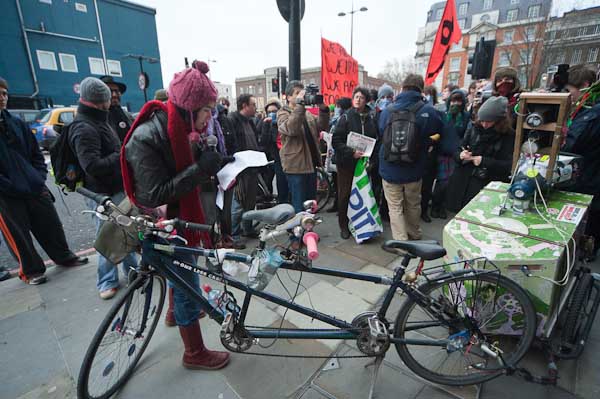 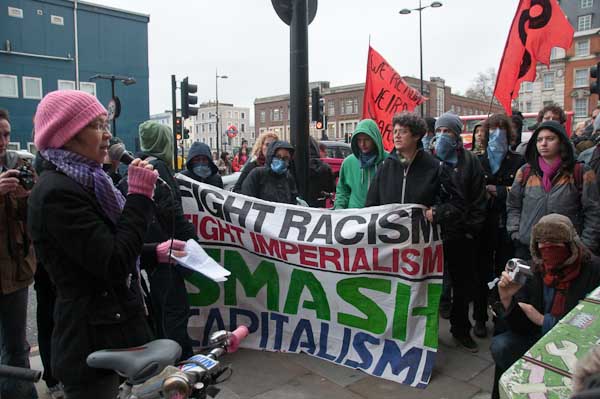 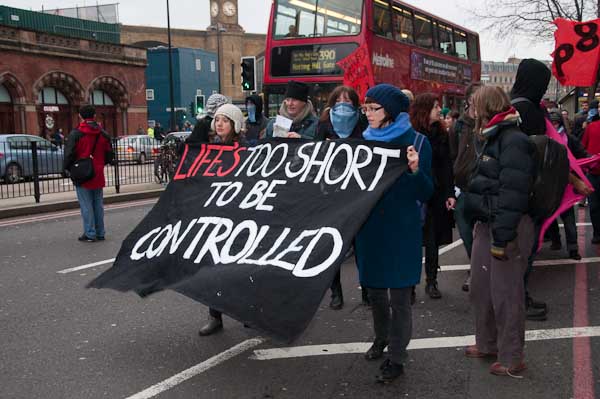 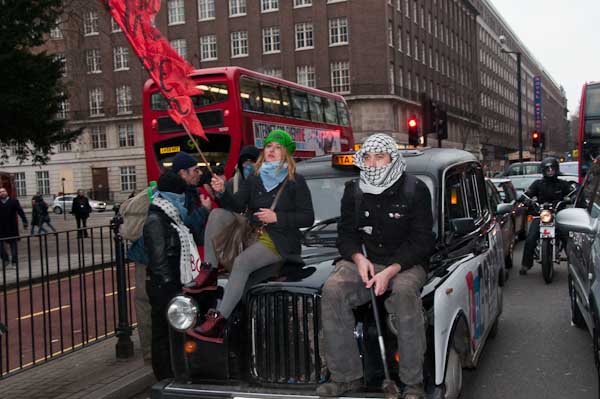 Taking a Taxi in Russel Square 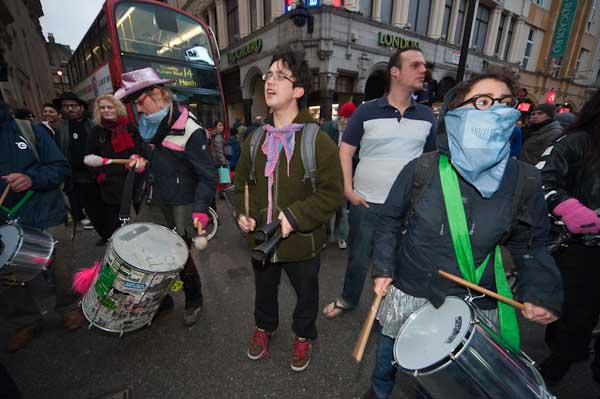 In the road at Piccadilly Circus 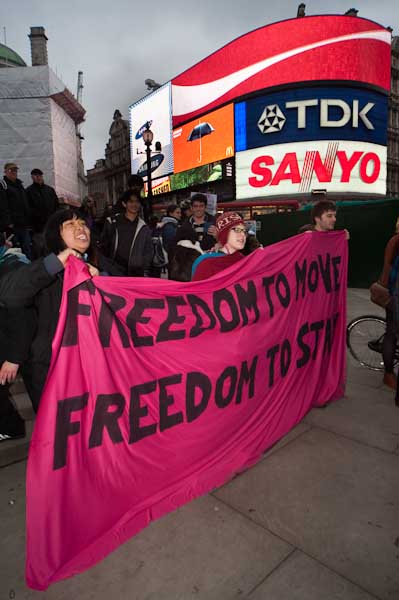 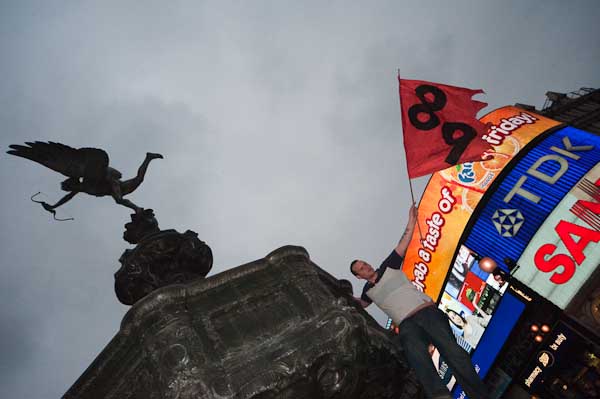 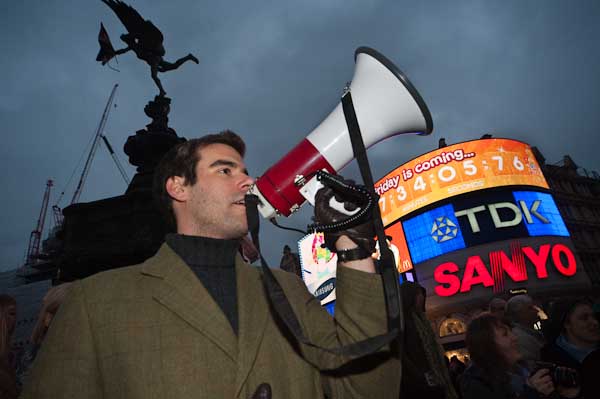 This is an official announcement ...

The event started with a rally outside St Pancras, with speeches from people representing various groups concerned with migration issues. One of the speakers was a young man who had stayed in the 'jungle' at Calais and had since managed to get to the UK. He spoke of the dangers he and his fellow travellers had endured hiding on a refrigerated lorry to get across the channel.

Although there were two police vans parked a few yards away, they stayed away from the protest, with a solitary officer watching from some distance.

Many of the protesters were wearing attractive pale blue scarves over the lower half of their faces produced for the event, reminding them to smile for the CCTV cameras. They formed up to march through London, starting off along the busy Euston Road. Surprisingly not a single police officer appeared as they marched along busy streets, stopping the traffic for a few minutes as they passed through.

It was a very well-ordered march, and when an ambulance answering and emrgency came along, the whole march cleared the road for it with remarkable speed.

At Russell Square, one taxi driver decided to try to force his way through the marchers, but was soon stopped, with several people sitting on the bonnet of his vehicle. Otherwise most people seemed to take the slight delay to their progress well, some taking the leaflets offered to them and expressing support.

Arriving at Picadilly Circus, the marchers blocked the road for a token five minutes or so before going on to the pavement beside the statue of Eros, where there were some more speeches and some dancing to the bike-powered sound system.

Still no police appeared for some time, but a couple of minutes after one of the protesters had climbed up and taped a Palestinian flag to Eros's bow, a Police Community Support Officer appeared. He made an effort to identify the person concerned but soon gave up and went away.

A few minutes later a single police officer arrived, to be greeeted with hugs. He stood a few yards away and watched the protest. Talking to another photographer he confirmed that the police had monitored the progress of the march across London.

St Pancras has detention holding facilities for migrants arriving on the Eurostar, and this country has the largest compled of immigration detention centres in Europe, jailing 2500 people including children at any one time, with plans to increase the capacity to hold 4500 shortly.

London, the "City of CCTV" has over 500,000 CCTV cameras watching us, installed by councils, public bodies, companies and individuals - there are around 4.2 million in the whole of the UK. On a typical day the average person in London will be recorded by 300 of them.

A few more pictures from the event on Demotix:

http://www.demotix.com/news/229458/life-too-short-be-controlled
and rather more to follow on My London Diary in a day or two.